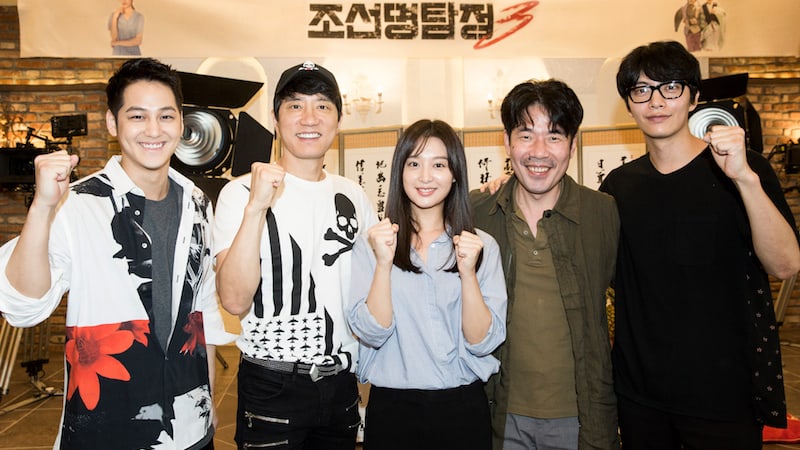 The movie kicked off its first shoot in Mungyeong of North Gyeongsang Province on August 7.

Kim Myung Min and Oh Dal Soo have returned as detectives Kim Min and Seo Pil. The duo has reunited to solve serial vampire murder cases. Kim Ji Won will play the role of a woman who has lost her memory and joins the detectives on their journey. Kim Bum will add tension as a character that interferes with their investigation, and Lee Min Ki will be a mysterious man in the center of the incidents.

The film will once again be directed by Kim Suk Yoon, who also worked on the previous two installments. Before the first shoot, he commented, “I believe that it will become a project with definite higher quality than the previous. I will work with the reliable actors to create a movie that goes beyond the script.”

Kim Ji Won added, “I am honored to participate in this great film series,” and assured that she would work hard until the very end.