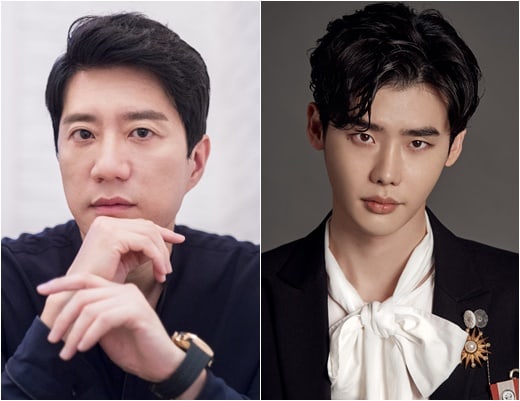 On August 21, Kim Myung Min participated in an interview with news outlet Sports Chosun and talked about his acting junior Lee Jong Suk.

He said, “It was my first time working with him, and he surprised me countless times. I’ve never seen a junior who asks their seniors so many questions. He asked about everything he was curious about without letting his pride get in the way. I honestly didn’t know he would go so far. I started seeing him differently.”

“Honestly in the beginning, I thought it was unexpected that Lee Jong Suk was cast in this movie, but I understood the reason once we went into filming. It’s not a typical casting; he was cast with a very specific intention. He was a perfect fit. […] When I gave advice to Lee Jong Suk, he demonstrated it through his acting, and by looking at him act, I was able to act with even more emotion,” Kim Myung Min revealed.

He continued, “Lee Jong Suk is always asking questions. I liked that we were able to talk to about details as actors. Those people called stars, when they’re in that position, they don’t ask seniors about scenes they don’t understand. Seniors also never approach juniors that don’t approach them first. But Lee Jong Suk was always thinking about acting and approaching seniors to ask questions. He did a great job on set. How could I not love him? He was a junior that I couldn’t help but adore.”

Meanwhile, “V.I.P” is a crime film that deals with a VIP guest from North Korea who is named as a serial killing suspect, and three other men each try to hide this fact, catch the man, or take revenge. The starring cast includes Jang Dong Gun, Kim Myung Min, Park Hee Soon, and Lee Jong Suk. The movie will premiere on August 23.