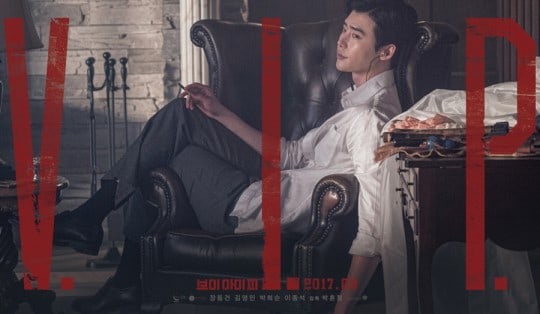 Lee Jong Suk Talks About Being An Introvert, A Fan’s Direct Message, And Military Enlistment

Actor Lee Jong Suk, who is turning 30 next year, sat down at a cafe for an interview, where he discussed his newest film “V.I.P.,” acting, and what he’s been up to since the film’s release.

Lee Jong Suk plays the role of Kim Kwang Il, the son of North Korea’s highest-ranking official that becomes a suspect in a serial murder case while visiting South Korea. Surprising to many, Lee Jong Suk has diverted far from his previous sweet, romantic roles and has taken on the role of a vicious villain.

“I did not choose this film because of the pressure of a change in acting style. If you’re a male actor, it’s a genre you want to try,” said Lee Jong Suk.

However, the actor is worried about the strong impression of his role in the film, especially considering the fact that he is starring in the fall release drama “While You Were Sleeping,” a melodrama alongside singer and actor Suzy.

Lee Jong Suk is fully aware of his fanbase consisting mostly of young females and even had an anecdote concerning one in particular. Lee Jong Suk shared, “A young girl fan privately messaged me on my social media account saying she can’t watch ‘V.I.P.’ because it’s rated R, but showed a lot of enthusiasm about the fact that she may be able to get tickets. I gently persuaded her out of it, saying let’s meet at a future film when she gets older, haha.”

The actor also opened up about being an introvert and feeling “very shy in front of people,” something you wouldn’t expect from a famous celebrity. Lee Jong Suk admitted, “Before I was busy staying home watching dramas. I’m generally a gloomy person, but my mind has recently changed. I’m trying hard to go outside. While acting, I feel a lot of pressure from people around me who praise my acting, so I meet people from everyday life to relieve that stress.”

Lee Jong Suk also mentioned how he spiraled into a slump with serious feelings of shame due to a stark contrast between himself and his role on the drama “Doctor Stranger,” but that a text message from senior actor Song Kang Ho saying “You’re doing a really good job” helped him endure the filming.

Regarding the hot issue of his military enlistment, Lee Jong Suk said, “I was originally planning to [enlist in the military service], but because of scheduling conflicts with my film, it became delayed. When my plan becomes finalized, I will officially announce a statement so please wait till then.”

Lee Jong Suk
V.I.P.
How does this article make you feel?