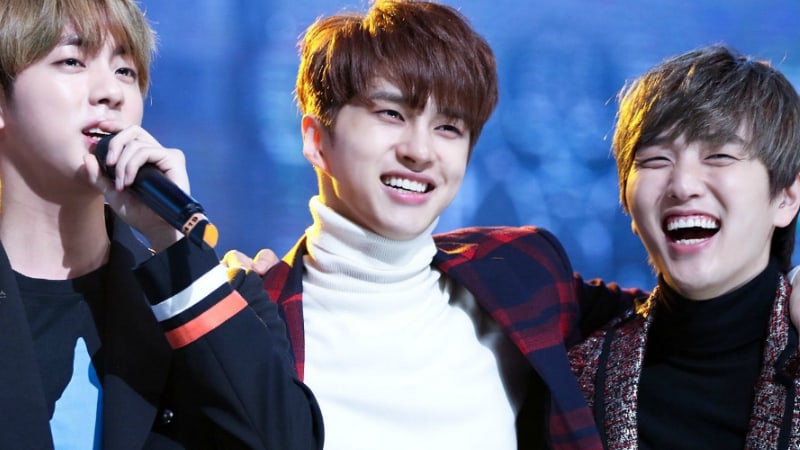 Cute Moments From K-Pop BFFs That Gave Us Friendship Goals

With the crazy schedules and the intenseness of the K-pop industry, it can be really hard for idols to make friends. Some of them are lucky to find true friends and it’s always heartwarming to see their interactions, whether it’s a friendly quarrel on Twitter or some bone-crushing hugs during award shows.

One thing’s for sure, there were some moments when we all were jealous of their blooming friendships. These idols are serious friendship goals!

Who are we kidding? Taemin and Kai have always been friendship goals, as the two of them have been attached at the hip since their trainee days. One of the most beautiful parts of their epic friendship is the way they celebrate each other’s successes.

… and he was the one tearing up when EXO got their first win. Taemin never left his side and even took a video of the crying boy!

Woohyun and Key first met on a radio program in 2011 and their friendship blossomed from there. The two ’91 liners showed the world their intense chemistry when they released a project album together three years ago. Their subunit, called Toheart, debuted with the title track “Delicious,” and fans of both groups were delighted to see their favorites interacting and making music together.

Check out the MV for “Delicious”!

Going on radio shows is one of the most popular ways for idols to become best friends, apparently. Overcoming the awkwardness of their first meeting, VIXX’s Hongbin and B1A4’s Gongchan became inseparable. They even act as each other’s biggest fans from time to time.

And Hongbin’s revenge on his friend:

It’s hard to make time for your besties when your schedule is packed! However, Tiffany and Bora still managed to get a photoshoot together back in 2015. Fancy photos with your best friend are a dream come true and the girls are adorable in the pictures! 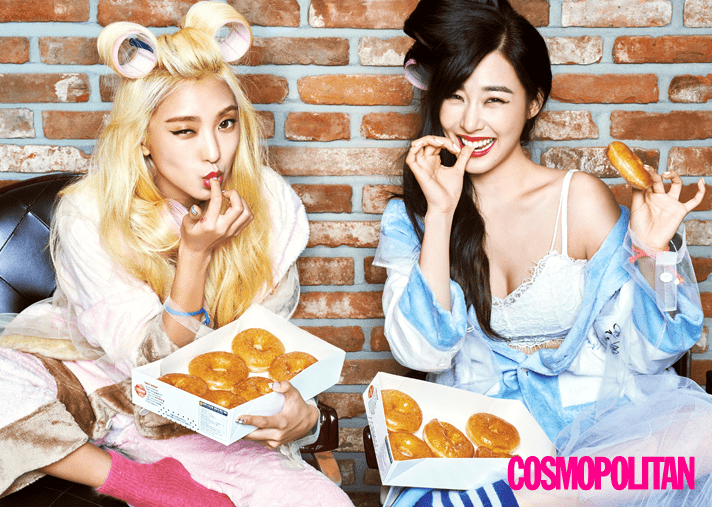 This group of ’92 liners has gained some popularity recently and it’s no surprise that people adore these puppy-like idols. Ken, Jin, and Sandeul even went on a skiing trip together and it was refreshing to see our favorites taking some time off and enjoying their vacation.

As expected, they were fooling around even with their snowboards!

Jungkook and Yugyeom have a lot in common and their friendship is adored by fans of both groups. Jungkook had the desire to share his new favorite hobby with Yugyeom, so the two maknaes went out bowling and Yugyeom even showed off GOT7’s dorm to his BFF.

Check out some of their cutest moments in the video below!

It’s hard to keep up with all of Amber’s friends as she seems to hit it off straight away with everyone she meets, but this epic karaoke party with Min and Jokwon showed us perfectly how much fun idols can have in their free time. Who wouldn’t want to join this singing party?

P.O and Mino became best friends in high school as they were sharing the same dream of becoming a successful rappers. As expected, they were goofy and adorable even back then and were not afraid to tease each other either. One of their most iconic moments was definitely P.O’s lines in their graduation yearbook: “Song Mino’s fart smell is a cat’s claw smell that lives on a roof.”

It was sweet to see them reuniting on music shows, too! 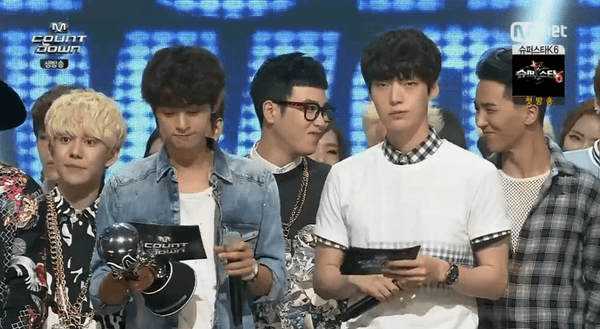 Hey Soompiers, who are your favorite idols’ best friends? Let us know in the comments below!