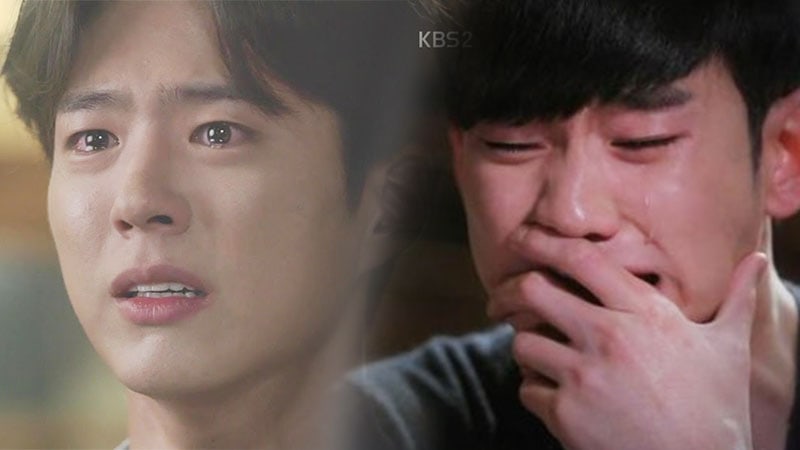 K-Drama Actors Who Always Move Us With Their Beautiful Tears

Whether it’s a full-on ugly sob or a single dramatic tear, hardly a K-drama episode goes by without at least one character crying. But there are certain actors and actresses whose tears seem almost too beautiful to be real — except they’re definitely real enough to make us weep along with them!

In no particular order, here are just a few of the K-drama actors and actresses who break our hearts with their pretty, pretty tears (chain-reaction criers, beware!):

I don’t think I’ve ever seen so many huge, glassy tears well up in someone’s eyes the way Song Hye Kyo cried in “Descendants of the Sun.” Fans who remember this scene will know that her character had darn good reason to cry at this moment…

Park Bo Gum has one of the most dazzlingly charming smiles on the planet, but he can also pull on your heartstrings in an entirely different way with his weeping. How can anyone not feel sad when those puppy-dog eyes fill up with tears?

Catch the first episode of “I Remember You” below!

Yoo In Na is well-known for her stunning good looks — so maybe it’s no surprise that her tears are devastatingly beautiful, too. (“Goblin” fans, go ahead and try to tell me you weren’t ugly sobbing at this scene. I dare you.)

Y’all know it’s all over when Kim Soo Hyun’s perfect face scrunches up and the tears start coming (his, and ours). From his musical prodigy character in “Dream High” to the ethereal alien Do Min Joon in “My Love From the Star,” Kim Soo Hyun has given us all the feels no matter what his character is like!

Catch the first episode of “My Love From the Star” below!

Gong Hyo Jin is known for often playing spunky, no-nonsense characters, but that doesn’t mean she can’t turn you into a weepy mess in front of your TV/computer screen with her crying scenes. (My personal favorite: “It’s Okay, That’s Love.” *weeps silently*)

Homeboy didn’t win a Daesang for nothing — Ji Sung has shown audiences again and again that he’s a master at portraying a wide range of emotions through dramas such as “Kill Me, Heal Me” and “Defendant.”

Catch the first episode of “Kill Me, Heal Me” below!

Have you ever seen a queen cry as beautifully as Park Min Young in “Queen For Seven Days“? Those tears may as well be a national treasure.

Catch the first episode of “Queen For Seven Days” below!

A lot of Ji Soo’s characters have been the angsty types. Maybe that makes it all the more crushing when his characters break down, because this kid’s tears get me every. dang. time.

Soompiers, which actors and actresses break your hearts with their beautiful tears? Let us know in the comments below!