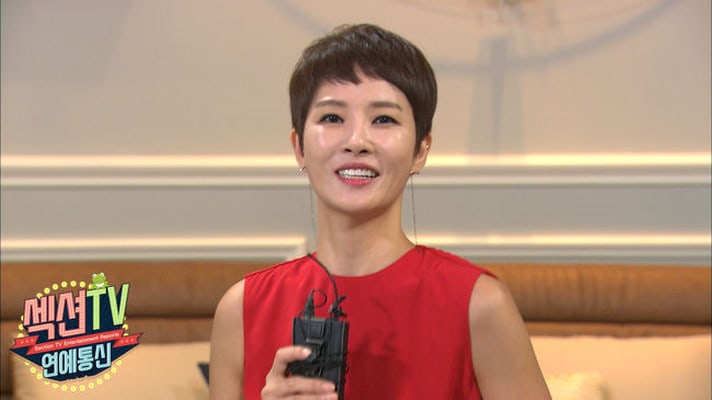 On the August 27 episode of MBC’s “Section TV” Kim Sun Ah came on for an interview were she discussed the actors she has worked with. Who was named as her ideal type? It was none other than Gong Yoo!

After discussing her latest part as a villain character in “Woman of Dignity,” and of course her most famous role in “My Name Is Kim Sam Soon,” the conversation shifted to Kim Sun Ah’s love life and the male leads she has worked with over the years.

First up was the idea of spinsterhood. While the actress had set the standard of the “30-year-old spinster,” today most would say a women has to be over 35 to be considered a spinster. To this, Kim Sun Ah declared, “We ought to get rid of the idea of a spinster. From now on, it should be a “NO-ster,” emphasizing the need to say “no” to the word.

Next, the Kim Sun Ah was presented with a world cup competition about the men she has acted with in the past. When asked to compare Hyun Bin, who played opposite of her in “My Name Is Kim Sam Soon, and Ha Jung Woo, the villain in “She’s on Duty,” the actress chose Hyun Bin and stated that Ha Jung Woo was “trying to kill” her in the movie they did together! However, her “City Hall” co-star, Cha Seung Won, beat out both Hyun Bin and Lee Dong Wook in the end! 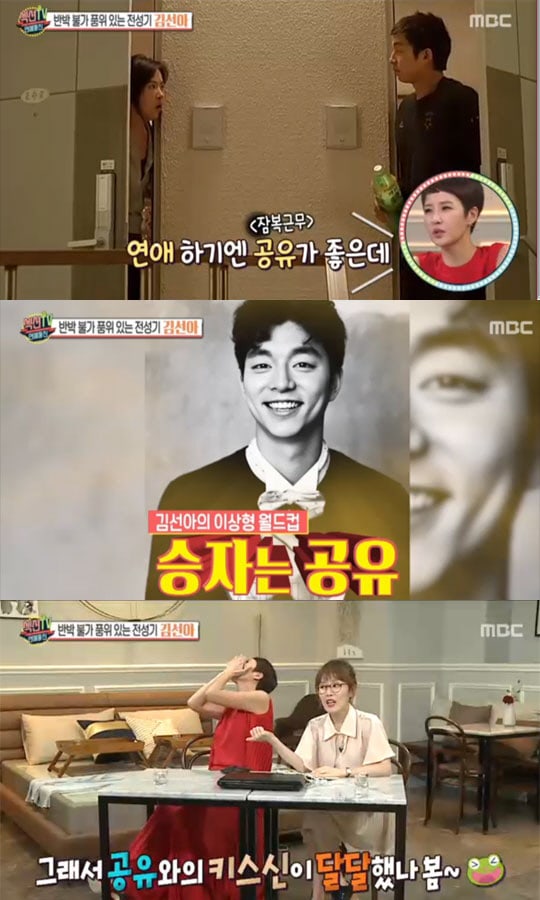 But at the end of all these rounds, Gong Yoo took the ultimate prize and Kim Sun Ah ended the world cup with the statement, “I would marry Cha Seung Won, but I would want to be in a relationship with Gong Yoo.”