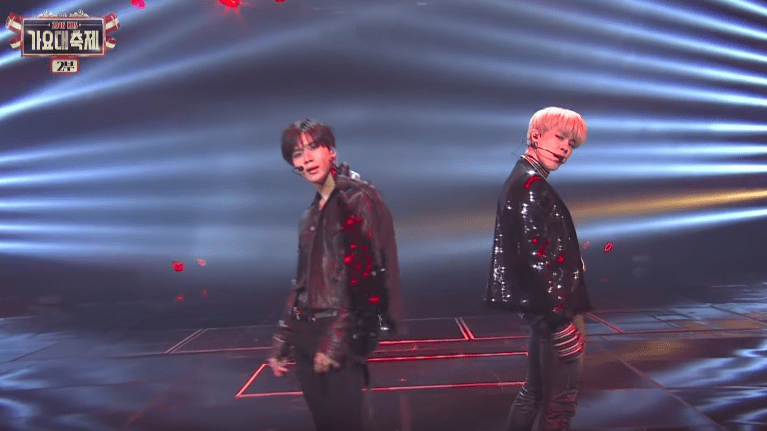 Although everyone has their faves, you can’t deny that musicians all around the world thrive on collaboration. Special stages flourish in the idol world, too; from groups covering one another’s songs to idols coming together for brand new performances, special stages are a treat for fans and casual watchers alike. So without further ado, we present some of the best special stages throughout the years. Enjoy!

Despite MAMAMOO’s impressive vocals in this song, BTOB pulls off this cover like it’s no big deal. In fact, MAMAMOO covered BTOB’s song “It’s Okay” in return!

Some of this generation’s top girl groups honoring their senior artist is truly something to behold. The members of the two groups flowed incredibly well together, almost as if they were one big girl group.

To be honest, I expected GOT7 do to a girl group cover while acting ridiculous, but in the video below, they were fully dedicated to the concept. “Mr. Chu” never fails to make me smile, and neither does GOT7.

These three queens coming together makes this a one-in-a-million performance. The vocals, rapping, and charisma are all off the charts. Needless to say, this stage changed lives.

Not only does ASTRO perfectly suit this concept, but the members nailed the vocals and choreography, too. Two words can summarize my reaction to this performance: Rocky’s vocals. That’s all you need to know.

To be honest, Cosmic Girls exceeded expectations during this stage. They aren’t usually known for being sexy, but they still did EXID’s songs justice. Props to these girls!

Nothing warms my heart like a good medley, so I have to thank UP10TION personally for this performance. Through covering other artists, the members were really able to show off their true colors.

Although I’m personally not too familiar with LABOUM, I have to admire their work on this cover. They maintained the original feel of the song while adding their own flair, which is an admirable feat.

Watching these two talented dancers collaborating is definitely a sight to behold. They each have their own set of skills, but the two dancing together is what really makes this a stage to remember.

When it comes to covers, SEVENTEEN has a knack for excellent arrangements. These guys can take any song and make it sound like their own, allowing them to have a strong repertoire of covers.

What can’t these girls sing? This take on the BIGBANG song (which is actually a remake of Lee Moon Sae’s classic) can make anyone who’s listening feel instantly happier. MAMAMOO’s feel-good vibes and vocal talent definitely do the song justice.

When combining the catchiness of TWICE songs and DAY6’s skilled instrumentation, the result is a recipe for gorgeous music. DAY6’s medley of “TT,” “Knock Knock,” and “Signal” is an excellent tribute to their JYP labelmates.

Combining these five girl crushes on one stage is really dangerous for one’s health. Not only do Red Velvet’s Seulgi, GFRIEND’s SinB, TWICE’s Momo, Weki Meki’s Choi Yoojung, and Kim Chungha have killer dance moves, but their visuals are all next level as well. All in all, this is a combo that needs to happen again someday.

I know that this is the one most of you have been waiting for. An iconic cover, “Perfect Man” made everyone watching become a Jimin stan for the duration of the performance.

Does this even count as a special stage? I’m not sure, but it should be included regardless. The vocals set a mood that took my breath away, as the girl who sings with Taeyang has an unforgettable voice.

When some guys cover a girl group, they really get into character. And if we’re being honest here, NU’EST’s Ren, BTOB’s Minhyuk, VIXX’s Hongbin, and A-JAX’s Seungjin all look beautiful as heck. Kill it, boys.

In an epic collaboration combining NCT’s Ten, ASTRO’s Rocky, SEVNENTEEN’s Dino, MONSTA X’s Shownu, GOT7’s Jinyoung, and ROMEO’s Hyunkyung, the Ultra Dance Festival stage was born. There is no shortage of skills or swag among these six, making this performance a thrill to watch.

It wasn’t until I watched this performance that I realized how old “Tell Me” is. This stage happened in 2008, before Girls’ Generation came out with “Gee” and Wonder Girls was the talk of the town. It may be an oldie, but this stage is still a good one.

The original “Mirotic” was already pretty sexy, yet MONSTA X managed to put a new spin on the still-sexy song. TVXQ is a well respected group in K-pop, and MONSTA X did well in covering their song.

The super rookies of 2014 came together for this fun special stage at the start of their careers, which is crazy to think considering where they all are now. This performance is energetic and carefree, and everyone onstage seems like they’re having a good time.

These two have gorgeous voices, and this stage really gave them a chance to show off that talent. This collaboration is simple and classy, doing well in keeping the vibes of the original.

Of course everyone knows “Sorry Sorry,” since it’s only been covered so many times before. However, NCT’s version is a bit special because of their status as Super Junior’s little brother group under SM Entertainment.

Which special stage is your favorite? Be sure to tell us in the comments below!