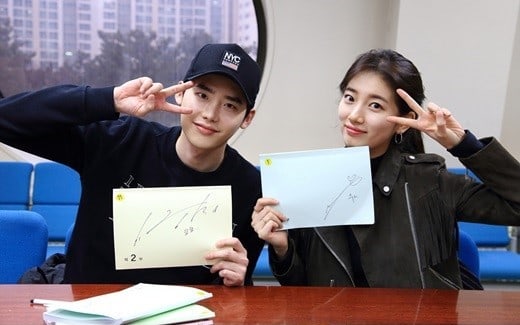 The cast of SBS’s new Wednesday-Thursday drama “While You Were Sleeping” has been revealed with photos from the first day of table script readings!

On September 1, the staff of the new drama released the photos, along with a list of the full cast. “While You Were Sleeping” is the story of a woman who sees premonitions of accidents and crimes in her dreams and a man who fights to make sure her dreams don’t become a reality.

Lee Jong Suk will play prosecutor Jung Jae Chan while Suzy will play Nam Hong Joo, the girl who can predict the future through her dreams. Lee Sang Yeob will play prosecutor-turned-lawyer Lee Yoo Beom, while Go Sung Hee will play Shin Hee Min, Jae Chan’s coworker. Jung Hae In will be joining her as well. 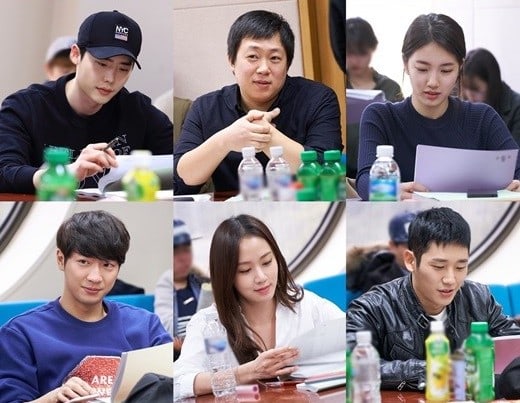 The cast gathered for the first time during their first table script reading earlier this year. On this day, the cast met with director Oh Choong Hwan and scriptwriter Park Hye Ryun, as well as the crew that would be working on the drama.

Lee Jong Suk, Suzy, Lee Sang Yeob, Go Sung Hee, and Jung Hae In are said to have brought a youthful charm to the table script reading and showcased perfect teamwork. Their passion and hard work kept the atmosphere light, and the rest of the cast joined in to fill the day with laughter and energy. 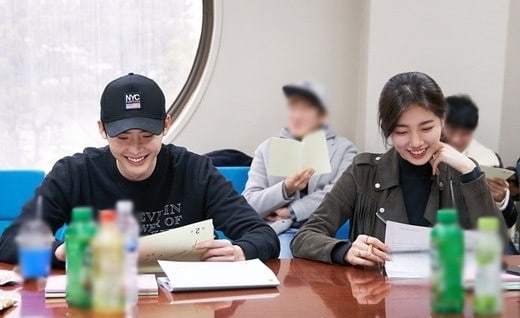 The staff stated, “Laughter was a constant on set while we were filming the drama. The cast’s perfect teamwork helped us end our five-month filming schedule in great success. We will continue to work hard to finish a drama that viewers can enjoy.