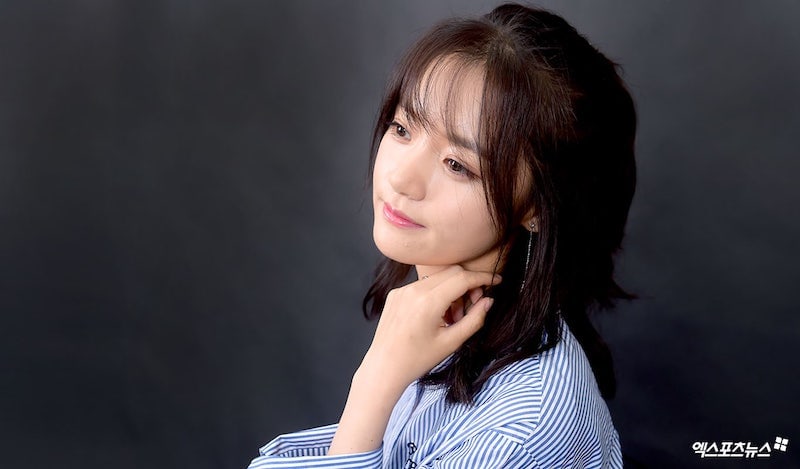 Actress Go Bo Gyeol, who played one of the villains on KBS’s “Queen for 7 Days,” spoke about her role in the drama.

She laughed as she said, “I’ve never had such mean things said about me in my life before. [My character] is mean even when I look at her.” Go Bo Gyeol added, “The way she did it was wrong. She had good intentions and a great cause for Joseon, but the way she chose to do everything was so extreme. However, because there was a cause, it wasn’t uncomfortable to act that out or anything like that. I got into character, so I definitely saw that Myeong Hye would have made those choices.”

Her character never received love back from the one she loves. Because of this jealousy, her character put Lee Yeok in danger at points and tried to create friction between Lee Yeok and his lover.

About this, Go Bo Gyeol said, “I had those thoughts for real as well. I felt depressed and lonely. Myeong Hye acted alone a lot, and she also loved alone as well. It was lonely. But I didn’t very hard to try to put those emotions aside, because that was what Myeong Hye was feeling. I wanted to live as Myeong Hye until the end of the drama.”

XPN
Queen for 7 Days
Go Bo Gyeol
How does this article make you feel?