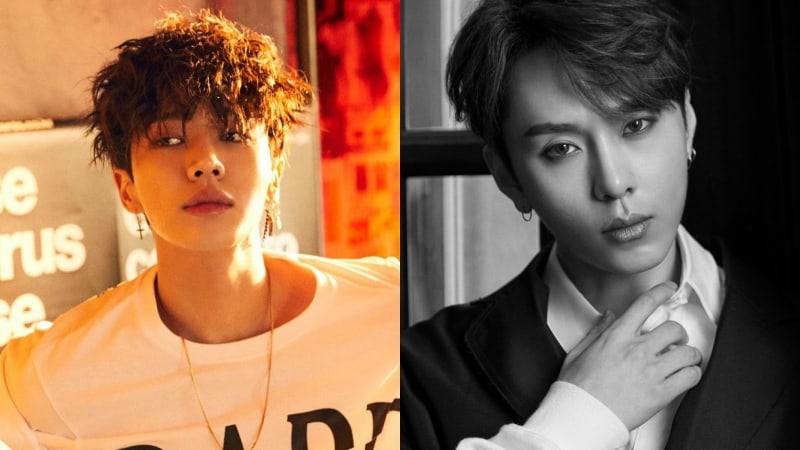 Highlight’s Lee Gikwang held a release concert for his solo mini album “ONE” at a cafe on September 4.

During the event, Lee Gikwang said, “I’ve been in the industry for nine years, and I have experienced four separate debuts. As AJ, BEAST, Highlight, and now with all of those experiences under my belt, as Lee Gikwang.”

He continued, “There are things that I’m good at as ‘Lee Gikwang,’ but I don’t think I was able to show a lot of those sides because I never had the opportunity to do so.”

Lee Gikwang also talked about what the name AJ meant to him. He said, “AJ stands for Ace Junior. Since I am no longer a junior, I returned as Lee Gikwang, not AJ. I think AJ was an irreplaceable stepping stone towards Lee Gikwang, but I wanted to show you who Lee Gikwang is as an artist.”

He also revealed some details about making his album. He said, “I decided the directional nature of the album first, and then selected the tracks. I made the album so that I can showcase a lot of songs that are suitable for me. Generally speaking, the album has a calm air to it.”

Lastly, he explained why he selected his fellow group member Yong Junhyung’s co-composed song to be his title track. He said, “I tried meeting a lot of composers to collaborate and tried to write the title track, but time kept slipping by, and it was not easy to write a title track.”

He continued, “I had asked Good Life [Yong Junhyung and Kim Tae Joo] beforehand, and the track that Junhyung worked on was so good compared to what I worked on. I could also imagine how to express and enjoy performing the song when I first heard it. There had been no song like that before.”

Lee Gikwang made a comeback on September 4 as a solo artist after first releasing his debut album as AJ in April of 2009. His new mini album includes eight songs, with “What You Like” as the title track.

Lee Gikwang
Yong Junhyung
Highlight
How does this article make you feel?