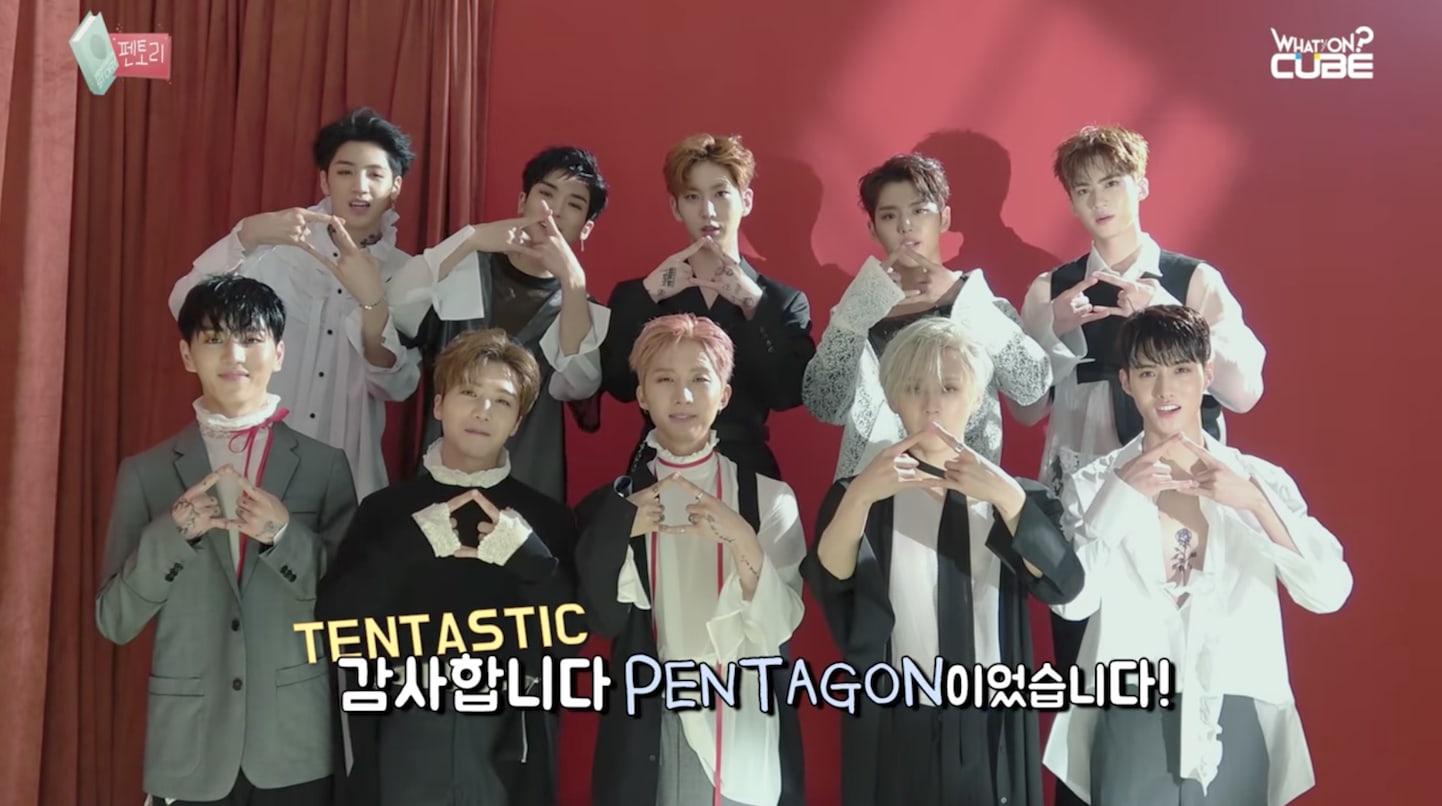 PENTAGON is busy promoting their largely self-produced fourth mini album “DEMO_01” and recently dropped their new music video for “Like This.” As a special treat for PENTAGON fans, Cube Entertainment released a behind-the-scenes video of PENTAGON members shooting their album jacket photos.

The members had fun joking around and playing games with each other, but expertly posed for the camera when it came to be their turn. The concept of the shoot varied from vibrant, colorful youth on skateboards and posing on the roof, to a monochromatic theme with the guys covered in tattoos.

PENTAGON seemed excited about their temporary tattoos, showing the camera their designs and talking about what kinds of tattoos they would get if they were to get real tattoos someday, as well as their favorite tracks from this album.

Watch the PENTAGON members below!