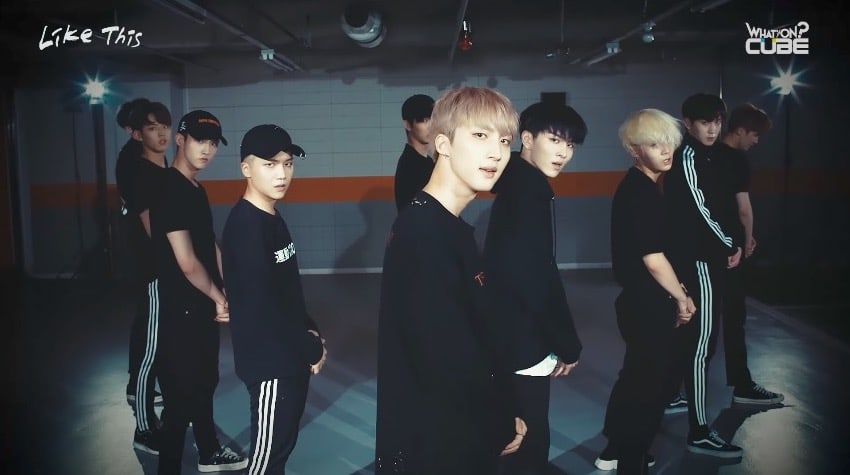 Watch: PENTAGON Releases Mesmerizing Practice Videos For “Like This”

PENTAGON has revealed choreography practice videos for “Like This”!

Released on September 14, their first choreography practice video is an eye contact version that shows the members dressed in casual black outfits dancing to their new song “Like This.” The camera zooms in to the member in the center according to the choreography and the viewer can keep eye contact with the guys throughout the powerful dance.

Their second video, released at midnight KST on September 15, is another impressive view of their choreography practice, this time with a full shot of the whole group!

PENTAGON recently made a comeback with their fourth mini album “DEMO_01.” Their title song “Like This” was written by the group’s leader Hui and composing team FlowBlow.