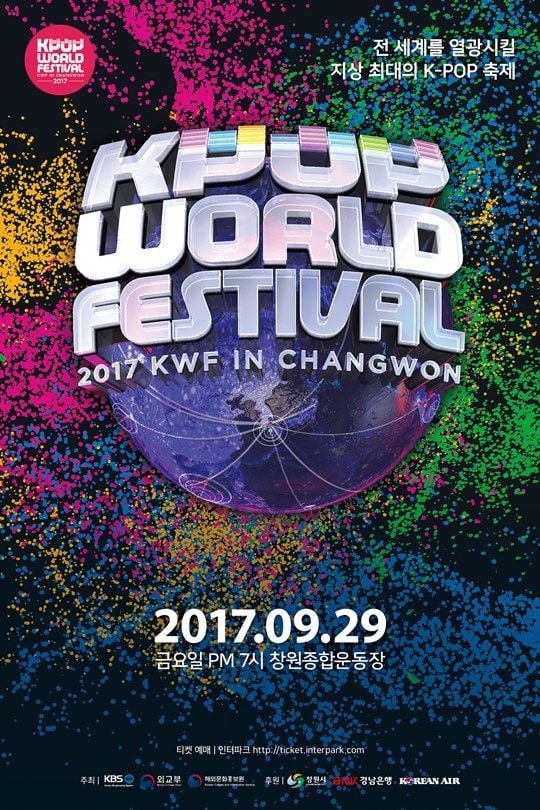 The K-pop World Festival is back this year bigger than ever with a new Twitter Popular Choice Award.

The 2017 K-pop World Festival, which is in its 7th year, is the largest K-pop festival in the world, co-organized by KBS, South Korea’s Ministry of Foreign Affairs, and the Korea Culture and Information Service (KOCIS).

This year, there are 13 country team finalists that have passed the global qualifying stage and will come to the final stage in Changwon on September 29, 2017.

In addition to performances from the finalists and K-pop artists, the festival will feature the new Twitter Popular Choice Award, which allows K-pop fans from all over the world to participate. From September 14 to September 29, each of the 13 country team finalists will upload a variety of content, photos, and videos on their Twitter accounts to communicate with their fans. The team that gets the highest engagement from Retweets, Likes, Replies and video views on Twitter, along with the usage of their official team account and hashtags, will win the new Twitter award. You can find more information about the finalists on the KBS World Twitter account.

The 2017 K-pop World Festival in Changwon will take place on September 29 at 7 p.m. KST and will be broadcasted through Twitter’s live-streaming page and the KBS World Twitter account.

twitter
K-Pop World Festival
How does this article make you feel?