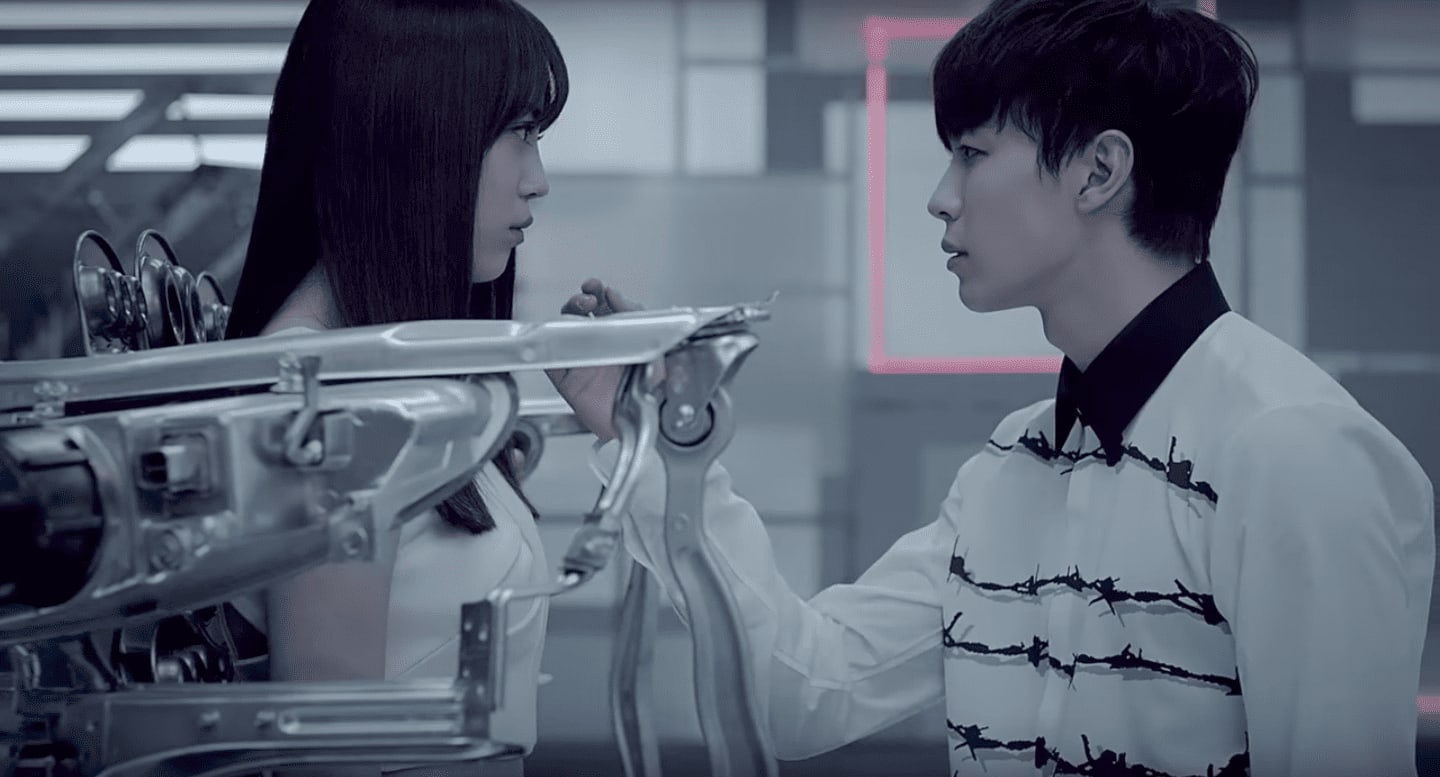 Although we’ll never get tired of watching our favorite idols slay the screen with their killer dance moves in flashy choreography-focused music videos, it’s also satisfying (slash heart-wrenching, awe-inspiring, fuzzy-feeling-inducing, or all of the above) to watch a music video with a really well-done story. Sometimes the story of a music video brings the song lyrics to life; other times, the story creates an unexpected twist on the song. In no particular order, here are seven music videos that use creative ways to tell interesting stories:

Verbal Jint wrote this song after seeing a TV show about domestic abuse. The lyrics send a message to a woman in an abusive relationship, telling her that she deserves better — but the music video portrays that message coming from a surprising perspective.

It’s nothing new for a music video to tell the story of a relationship on the rocks, but this music video from veteran K-pop goddess BoA has a unique feature: a “choose your own adventure”-style ending, where the viewer clicks one of two options to reveal the end of the story! Bonus: how handsome does SHINee’s Taemin look?!

Speaking of endings, K.Will’s music video for his hit single “Please Don’t” will forever go down in K-pop history as one that grabbed the world’s attention with its twist ending. (Proof: There are over 6 million hits when you search “K.Will Please Don’t Reaction” on YouTube.) All the thumbs up for the amazing actors Seo In Guk, Dasom, and Ahn Jae Hyun — and of course, K.Will’s amazing voice!

This music video featuring the stunningly good-looking Kim Young Kwang and Kyoung Soo Jin portrays a too-beautiful-for-words relationship — and its sad ending — in flashbacks. While that’s not entirely a new concept, what makes this music video stand out is the focus on the couple’s faces as they meet in the present, and the intense amount of emotion that they’re able to portray. In the words of the Korean friend who showed me this music video, it’s all about the “face acting”!

Are your feelings destroyed yet? If your heart isn’t already in pieces, try watching this music video starring Kim Yoo Jung and EXO’s Xiumin, with vocals by Jin from Lovelyz before her debut with the group. It’s basically an entire heart-wrenching drama contained in one beautiful music video.

The concept kings went all-out for this cyborg-themed music video. Everything — the lyrics, choreography, the sci-fi storyline, and even the song title — works well together to portray the heartbreak of trying to forget someone.

Let’s end on a happy note, shall we? This adorable song and music video from 10cm shows a different kind of relationship: one between a guy (played by Yoo Seon Ho) and his cute puppy! While the lyrics could also be taken as someone’s lovesick feelings for their significant other, I’m perfectly content to take it just as the music video shows to be about literal puppy love.

Soompiers, what are your favorite story-driven, creatively made MVs?