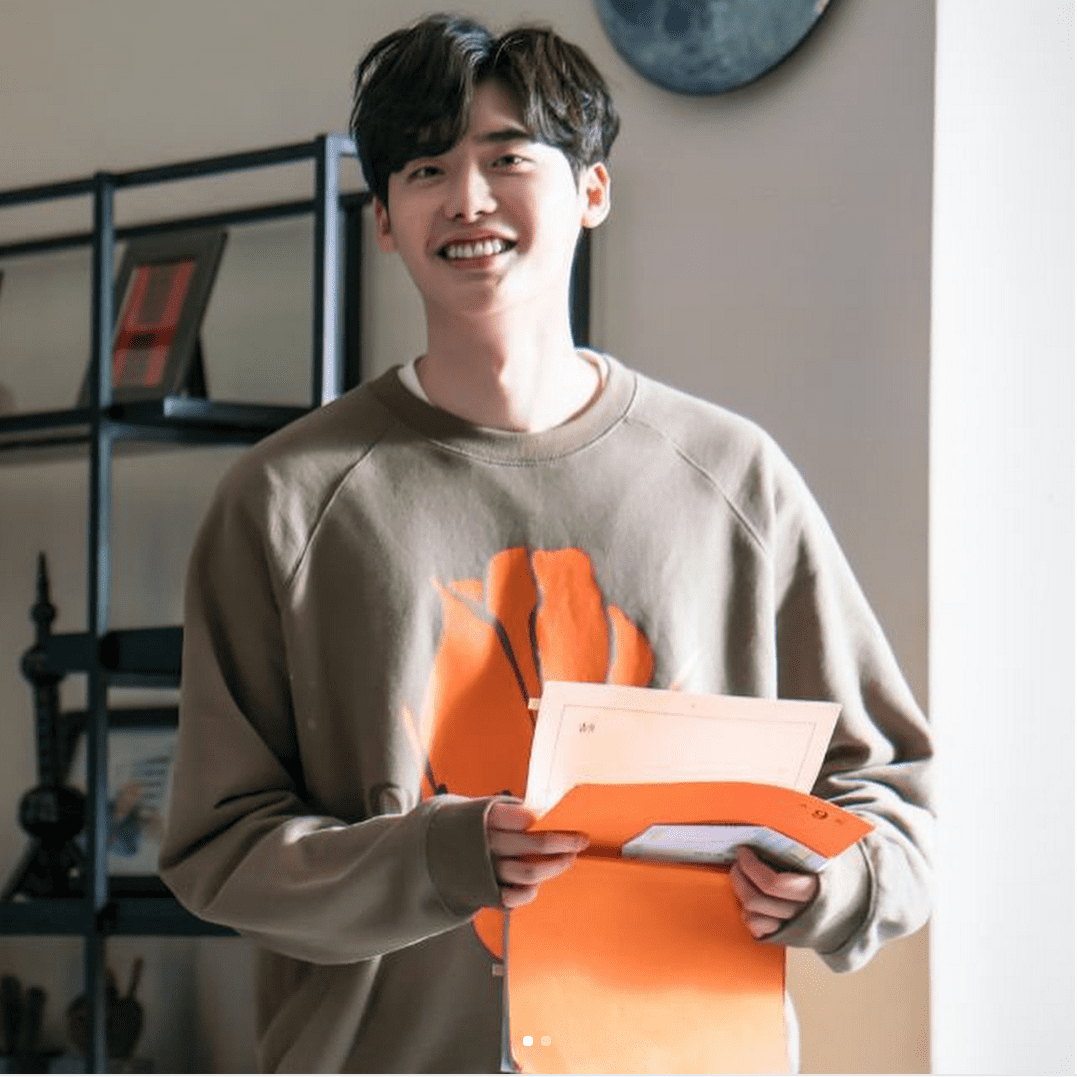 Lee Jong Suk recently shared some cute stills from behind-the-scenes on “While You Were Sleeping.”

On September 16, he posted the two photos of himself with the title of the drama in the caption. In the stills, he color-coordinates with his orange script by dressing in a gray and orange sweater and yellow pants. He smiles brightly in both pictures, looking like he’s having fun while studying the script between takes.

“While You Were Sleeping” is slated to premiere on September 27. It features the highly anticipated matchup between Lee Jong Suk and Suzy, with the former playing the prosecutor Jung Jae Chan.

The show will be coming exclusively to Rakuten Viki. Check out the trailer below!