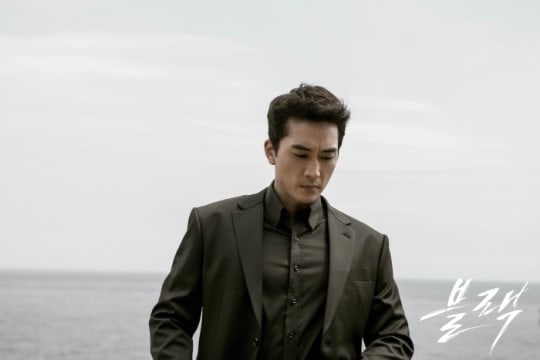 Actor Song Seung Heon will be taking on a dark role in OCN’s upcoming drama “Black,” where he will play the grim reaper. After the release of the official character posters, the drama released a new still of the actor.

His new character follows instructions, collects souls, and protects death. He is unable to comprehend human emotions at all and is completely apathetic to death. Many viewers are anticipating seeing the actor playing this mysterious, cold character.

“Black” is a mystery, romance drama that will air after “Save Me,” a drama about a religious cult.

Song Seung Heon
Black (K-Drama)
How does this article make you feel?