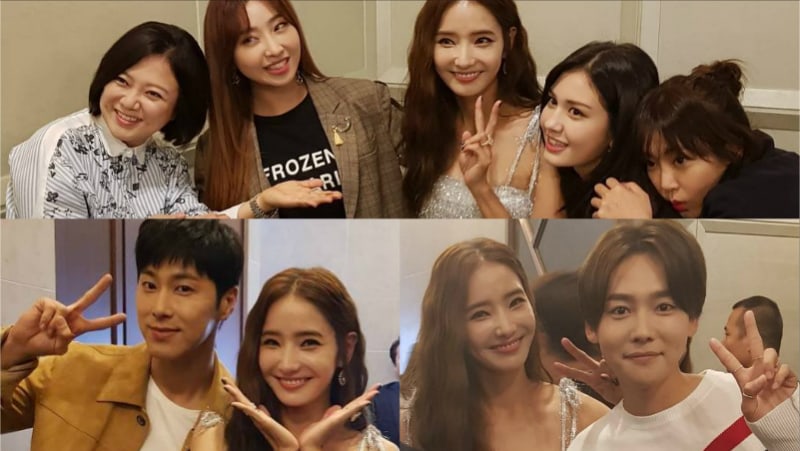 The VIP screening of Han Chae Young’s new film “The Star Next Door” was certainly a star-studded event!

Kang Ye Won uploaded a photo to her personal Instagram alongside the caption, “Our team got together again to watch the movie, give some support, and hang out after. It was so fun. Kim Sook, thank you for treating us to a delicious meal! Let’s see each other often! #’The Star Next Door’ VIP screening #Movie #Congratulations #Han Chae Young #Unnies #Love you #Kim Sook #Gong Minzy #Jeon Somi #Kang Ye Won.”

The actress also uploaded some photos of former SISTAR member Bora posing with the members of Unnies.

Click on the arrow next to each photo to view them all!

Jeon Somi also posted a photo of the Unnies members doing the famous squid dance from their track “Right?” She wrote as the caption, “We’re squids wherever we go. Please give lots of love to Chae Young’s ‘The Star Next Door’! Han Star is the best.”

Meanwhile, if you miss Unnies, you can rewatch the show “Sister’s Slam Dunk Season 2” at the link below!