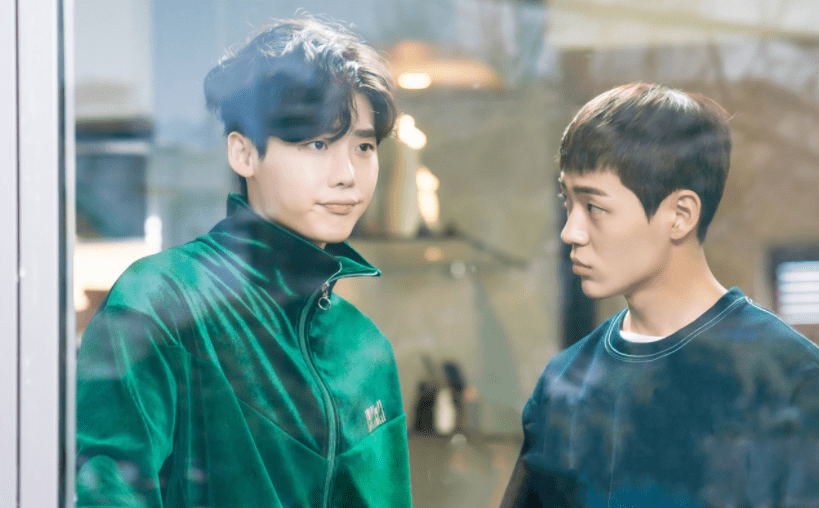 The stills, which were released on September 21, show Jung Jae Chan (Lee Jong Suk) with his younger brother (Shin Jae Ha). The two brothers are described as having a funny relationship; they can be very affectionate in one moment, then completely change to pointing fingers at each other in the next. 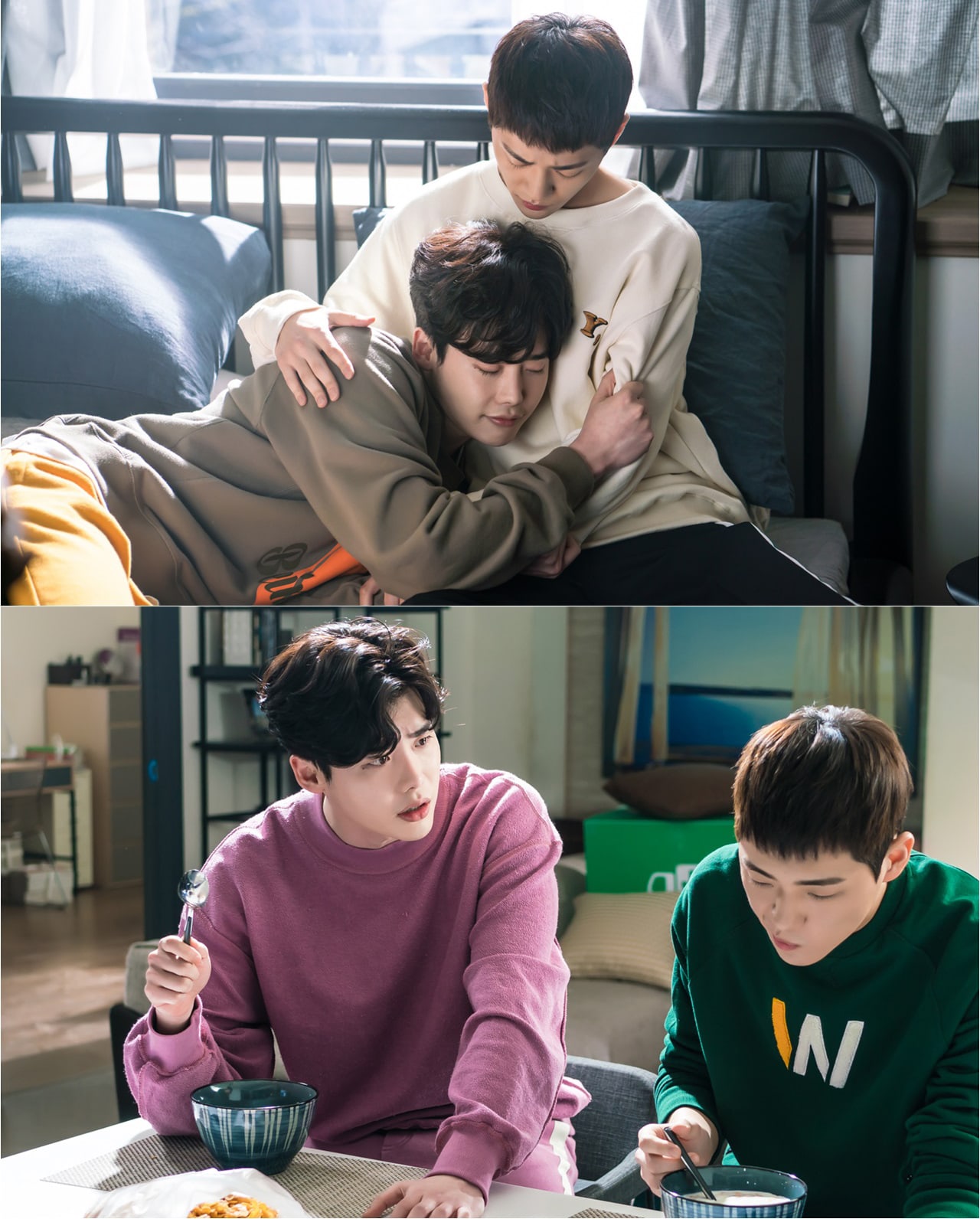 As a prosecutor, Jae Chan dresses neatly in a suit when he’s outside, but when he’s at home, he unexpectedly dresses casually with messy hair. On the flip side, his younger brother is the neater one; even doing the dishes and cleaning up after his brother. He is outgoing enough to even prepare rice cake for their new neighbors after moving into the neighborhood. With such different personalities, many viewers are curious to see how they’ll interact with each other under one home as the drama progresses. 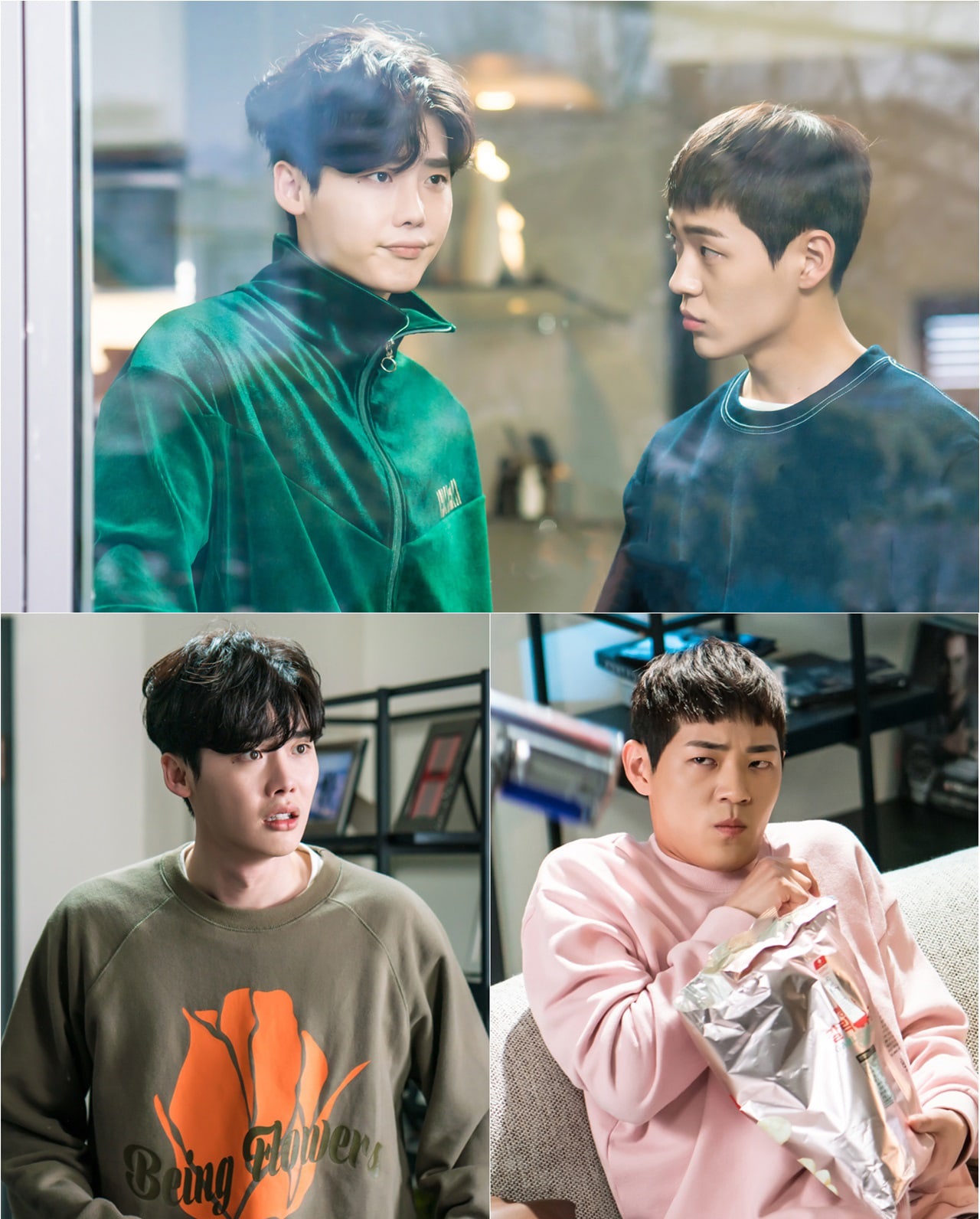 The production team stated, “During filming, Lee Jong Suk and Shin Jae Ha showed amazing chemistry and made the filming atmosphere warm. We think their friendly vibes will translate well on screen. Watching Jae Chan with his younger brother as they live under one house will be one enjoyable aspect of the drama.”

Lee Jong Suk
Shin Jae Ha
While You Were Sleeping
How does this article make you feel?