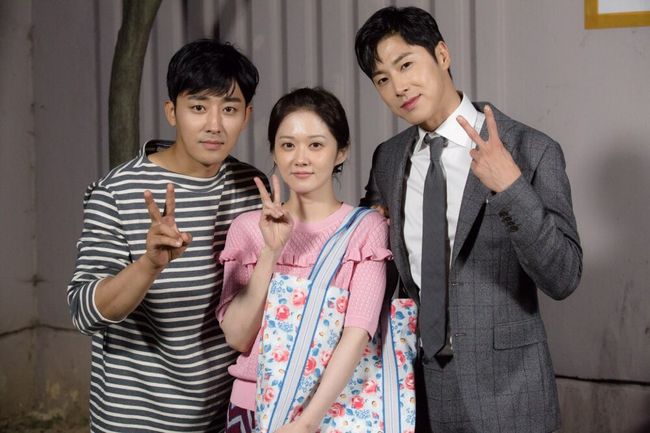 The new drama from KBS is scheduled to air in October and is directed by Ha Byung Hoon and written by Kwon Hye Joo. Tentatively titled “Confession Couple,” it stars Jang Nara and Son Ho Jun in the lead roles.

After filming his cameo, Yunho snapped a photo with both Jang Nara and Son Ho Jun, which was released by the production staff on September 21. Yunho and Son Ho Jun have been friends for over 13 years and their friend is well-known in the entertainment industry.

According to the production staff, Yunho will be appearing as Son Ho Jun’s character’s best friend and will have a comedic role. “We are grateful to Yunho, who cheerfully agreed to make a special appearance despite his busy schedule,” they stated.

“Confession Couple” is a variety drama about a same-aged couple in their late thirties as they bicker and try to turn around their lives. It is slated to premiere on October 13.

Jang Nara
Son Ho Jun
Yunho
How does this article make you feel?