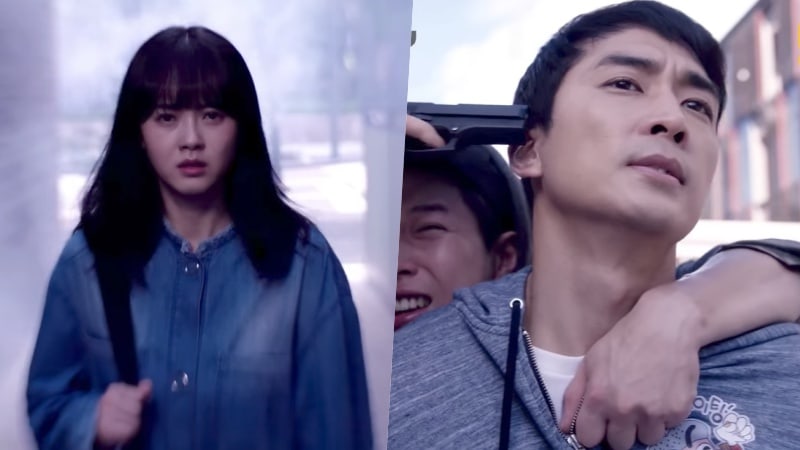 OCN’s “Black” is set to be a thrilling drama with the release of its new trailer!

The trailer introduces viewers to the characters of Kang Ha Ram (played by Go Ara) and grim reaper Black (played by Song Seung Heon). Black’s true identity is shrouded in mystery, other than the fact that he is borrowing a detective’s body as he is from the afterlife. The video shows a dichotomy within his personality, going from comforting Kang Ha Ram and telling her, “Being able to have premonitions about death is not a curse, it’s a gift,” to being injured and fearful as he threatens her in a hospital bed.

Kang Ha Ram’s abilities are also further expanded upon in the trailer. In one scene, Kang Ha Ram is staring at a man standing precariously on the edge of a bridge when she says, “That man is going to die.” When she puts her hand on someone, she can clearly see the scene of the crime and tells someone else, “I think he was holding a gun.” Kang Ha Ram’s ability to see death wherever she goes may be an explanation for why she always tries to wear sunglasses.

“Black” is set to be a mystery drama that follows the story of a grim reaper and a woman who can predict death as they break celestial rules to save people’s lives. It will be the follow-up production of “Save Me” and will begin airing its first episode on October 14 at 10:20 p.m. KST.