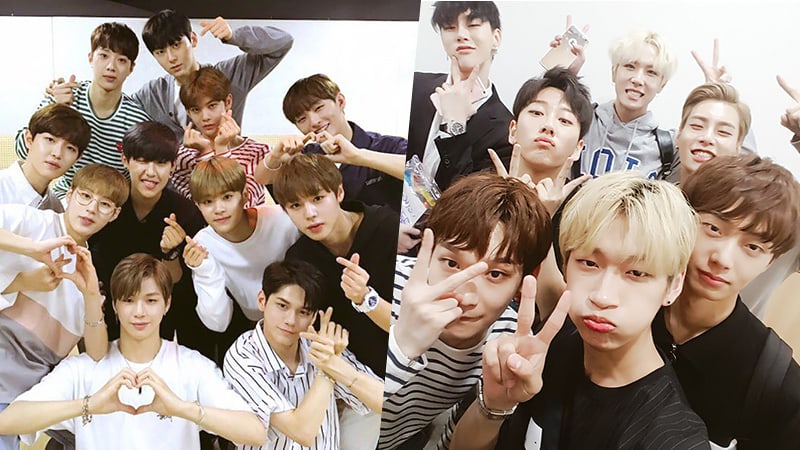 The world of K-pop is continuously changing, and the rookie groups of today are the future of the music industry we love so much. There is always a consistent throng of talented hopefuls that pursue their dreams of being idols. Among the throng are some who catch the public’s attention and are able to amass faithful fandoms. To acknowledge these dynamic fledglings, we have gathered a list of eight groups who are capturing the hearts of K-pop lovers all over the world! 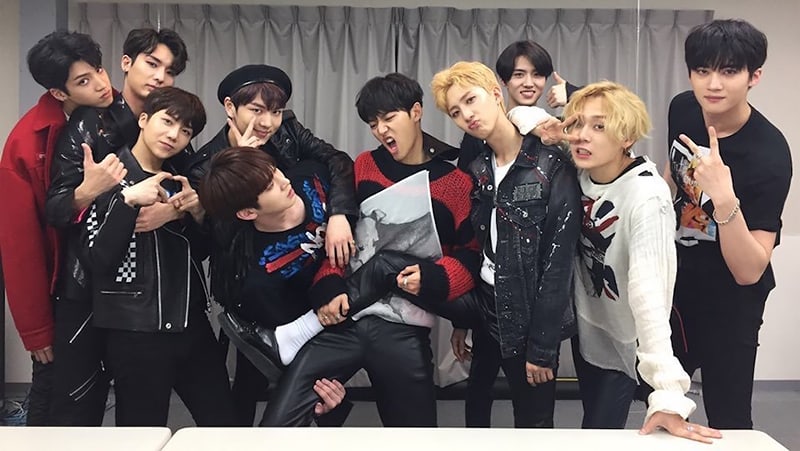 Cube Entertainment’s newest group is composed of 10 members, debuted at the end of 2016, and is called PENTAGON. They survived the reality program “Pentagon Maker” to debut with all 10 talented members. The group mates of PENTAGON have been recognized for numerous skills, including mind-blowing vocals, entrancing dancing, and unbeatable teamwork. The leader, Hui, and one of the rappers, E Dawn, even joined Hyuna to promote the spunky track “365 FRESH” as the trio Triple H.

PENTAGON most recently gained attention for Hui’s composition skills. PENTAGON’s leader took part in the production of “Never,” the most viral track from “Produce 101 Season 2.” This song took over the charts and won over the hearts of the nation’s producers with its deep house rhythm!

Hui went on to also compose Wanna One’s title track “Energetic,” which swept the Korean music charts and scored a real time all-kill as soon as it was released!

If you want to hear more of his great composition work, then check out PENTAGON’s most recent title track, “Like This.” We promise this group’s music doesn’t disappoint! 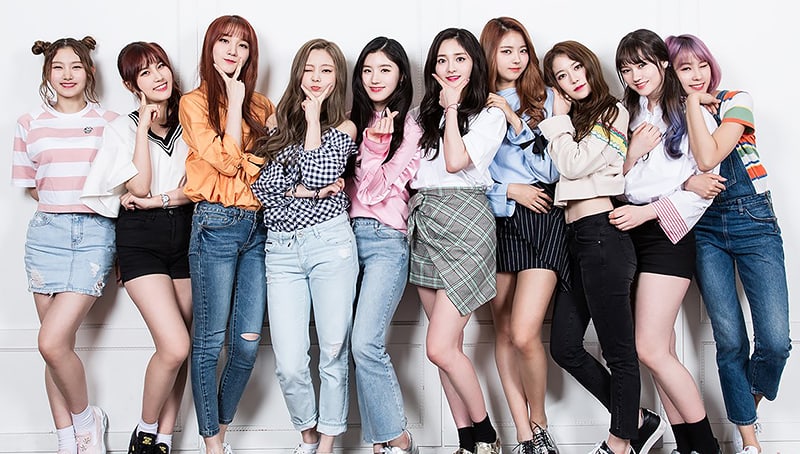 If PRISTIN seems familiar at first, it’s most likely because the members Nayoung and Kyulkyung were previously a part of the popular group I.O.I. The remaining members also held concerts under the name Pledis Girlz, which resulted in these bright girls getting a head start on gaining fans! In a similar manner as their Pledis Entertainment label mates, SEVENTEEN and NU’EST, the members of PRISTIN play a major part in the production of the tracks and lyrics they release.

They recently had a comeback with their second mini album “Schxxl Out” and catchy title track “We Like.” 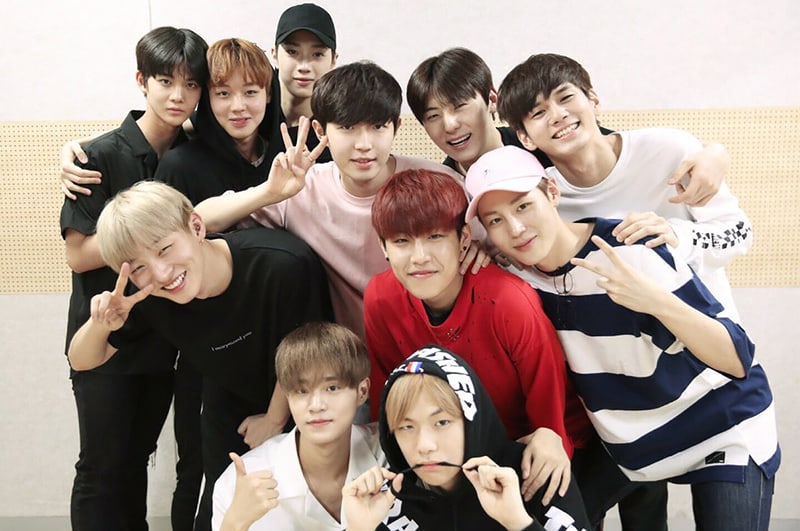 The result of Mnet’s sensational “Produce 101 Season 2” is none other than the insanely popular Wanna One! These boys have blown away all types of K-pop rookie records and are already well on their way to ‘EBS’ (a common netizen nickname for EXO, BTS, and SEVENTEEN-level popularity). It is now impossible not to see Wanna One on influential television shows, starring in commercials, and gracing all corners of the internet. Seeing as how they are the Korean public’s pick and that they are the chosen 11 out of over a hundred trainees, it is no surprise their level of popularity is unparalleled in the K-pop industry!

Check out their debut music video, which the previously mentioned Hui of PENTAGON worked on, if you are ready to fall for this group!

Another great aspect of stanning Wanna One is the fact that fans have been able to watch them for months before their official debut. This has led to numerous fandom jokes and references only Wannables know.

See if you can catch all of the hidden references in Wanna One’s adorable performance of “Wanna Be!” 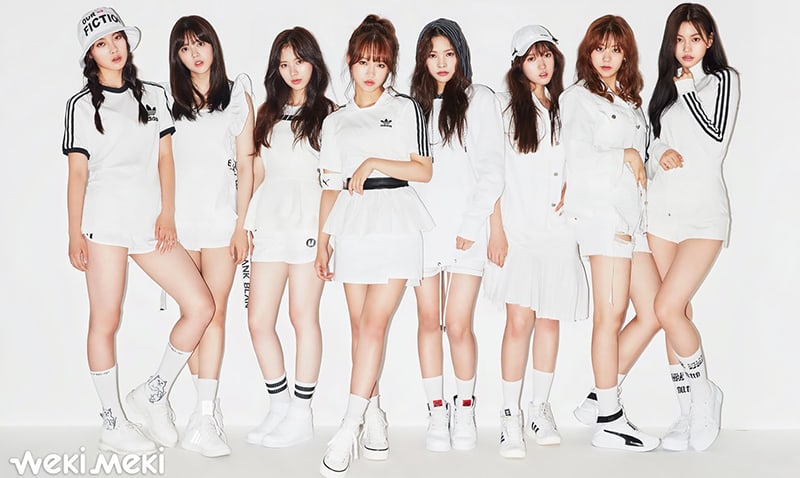 Weki Meki is another girl group that has former members of I.O.I: Yoojung and Doyeon. These eight beautiful girls from Fantagio are gaining the attention of the public with their teen crush concept and upbeat music. While they do also have a cute image, they are also slaying the addictive and spunky girl crush style!

Don’t miss out on their entrancing “I Don’t Like Your Girlfriend” debut music video below!

To see the charismatic side of their teen crush image, there is also this fun dance practice video they released! 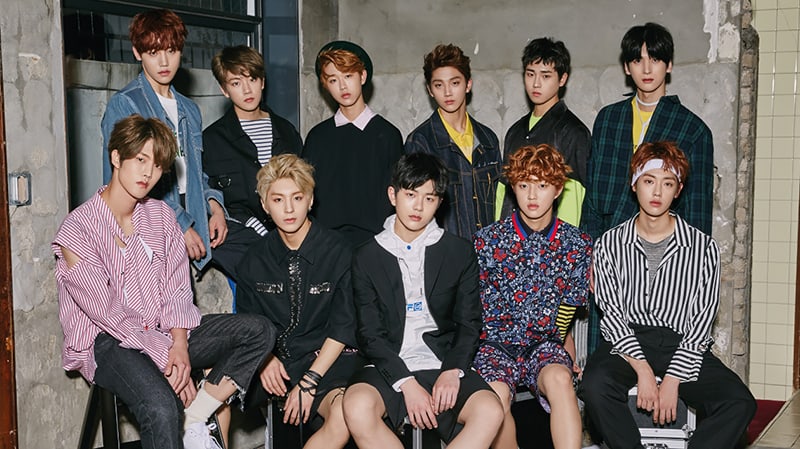 Golden Child is the only new group whose recent rise in popularity does not have any ties to the “Produce 101” series! They are Woollim Entertainment’s newest creation and released some pre-debut promotional pieces under the “W Project.” Their unique name references the idea of how only one ‘golden child’ is born every hundred years. They hope to make an impression on the music industry that can last at least a hundred years. Fans are being given the chance to get to know them through their two hilarious variety series, “2017 Woollim PICK” and “Ring It! Golden Child,” on the V Live app!

Fans knew that they have budding variety talent, but no one was prepared for their fantastic and highly addictive track “DamDaDi!”

They have also blown away netizens with their incredibly stable live performances at their debut showcase and on the weekly music shows! 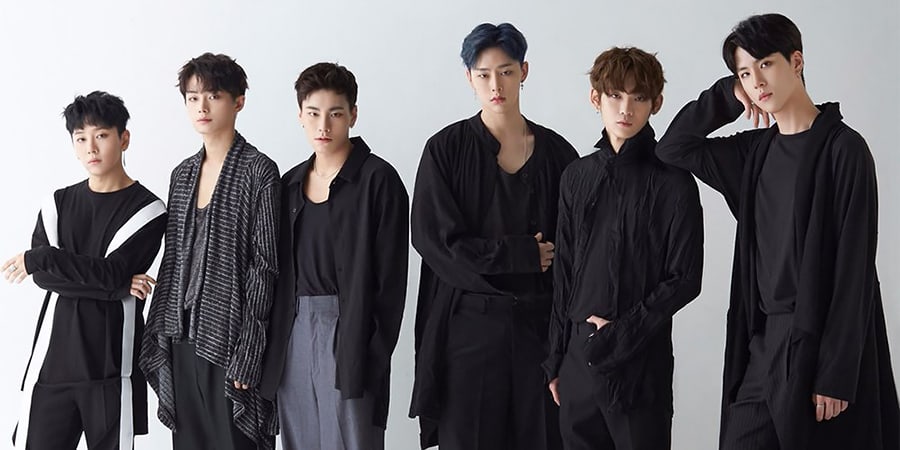 JBJ is entirely composed of contestants from “Produce 101 Season 2,” but many of them have been active in the public eye before! Together they have announced their debut date will be on October 18, and they will also release a reality show on M2 to gain more attention. Most of them seem familiar because of their past experience, and fans are overjoyed to see them making their dreams a reality!

Member Kwon Hyun Bin is a model for YG K+, Takada Kenta was a member of the Japanese dance cover group G2H (ガラガラ蛇), and Kim Sang Gyun has been the maknae of ToppDogg for years.

Noh Tae Hyun is the eldest of JBJ, a member of HOTSHOT, and he created a prodigious splash with his creative choreography for Ed Sheeran’s “Shape Of You!”

Longguo (Kim Yong Guk) recently promoted with Kim Shi Hyun in a duo unit from Choon Entertainment with the mini album “the.the.the.” However, he first began to capture fans’ hearts with his emotional performances and clear vocals during “Produce 101!” 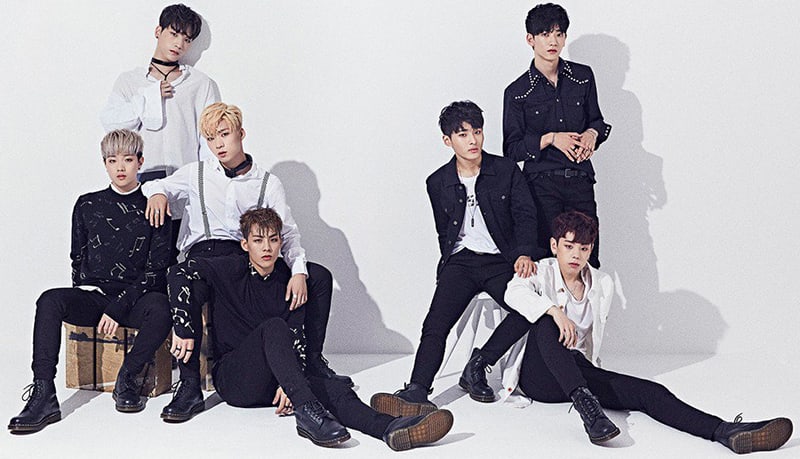 RAINZ is another set of “Produce 101” trainees who are preparing for their debut in October! Like JBJ, these seven boys were originally friends that quickly evolved into group mates when fans voiced their desires to see them become a group! The seven boys of RAINZ have started releasing episodes of their reality show “RAINZ TV” on their official YouTube channel to gear up for their debut.

Byun Hyun Min of K-Tigers and RAINZ stunned the viewers and other trainees of “Produce 101” with his acrobatic skills!

RAINZ has even released a touching drama OST titled “Let It Go, Let It Be” for the medical drama “Hospital Ship”! 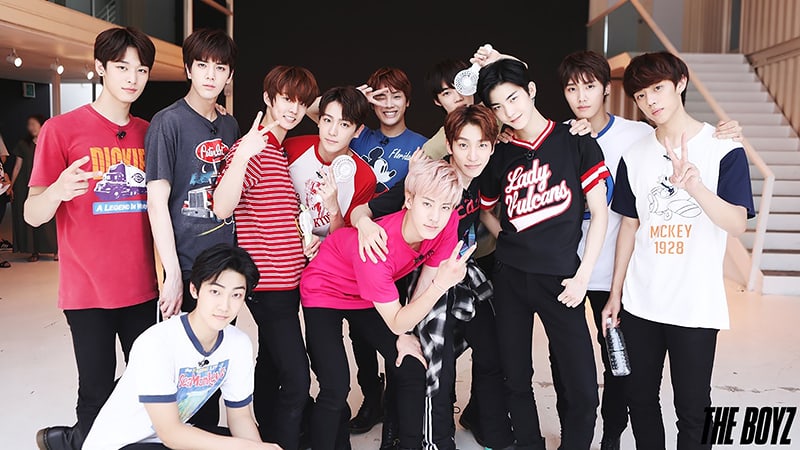 The final, and largest entry on this list, is the upcoming 12-member group from Cre.Ker Entertainment. The Boyz are receiving shocking amounts of attention from the public despite them not having debuted yet! Two of The Boyz’s members have appeared in Mnet survival programs this year: Sunwoo as one of the student rappers on “High School Rapper” and Ju Haknyeon as one of the many trainees on “Produce 101 Season 2.” The whole group is now starring in a variety show called “Flower Snack,” to hype up their impending debut, which can be found on 1theK’s official YouTube channel.

Twelve members might sound hard to keep track of, but this group is worth it, even if you swore not to fall for yet another rookie group!

For those that replayed the above video — didn’t we all!? — here are a few GIFs to showcase The Boyz’s perfect visuals!

It’s obvious all twelve members are a part of the visual line, right!?

There is too much handsomeness to handle!

Is anyone else experiencing chest pain right now!?

Which new artists have caught your attention? Share some love for your favorites in the comments!