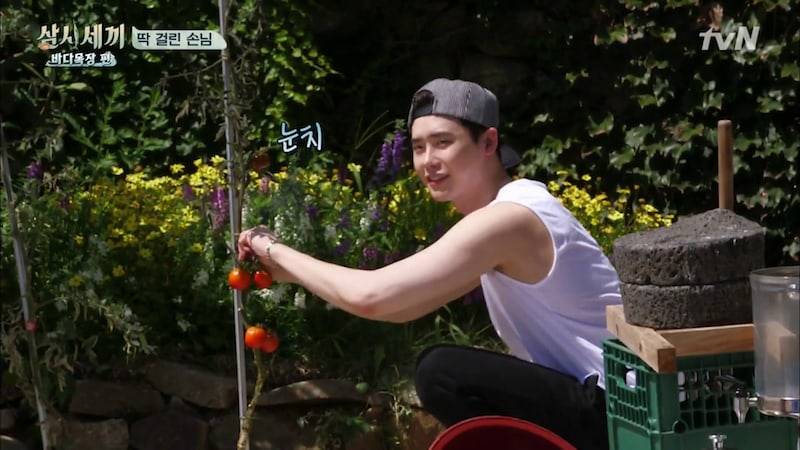 Yoon Kyun Sang showed just exactly how close he is to Lee Jong Suk…by pulling a hidden camera prank on him!

On the September 22 episode of “Three Meals a Day,” Lee Jong Suk appeared as a guest to surprise his close friend Yoon Kyun Sang, but he was met with a special surprise.

Knowing that the new guest is Lee Jong Suk, Yoon Kyun Sang quickly put a plan into action with actor Lee Seo Jin and Shinhwa’s Eric. Yoon Kyung Sang said, “Jong Suk is really shy around strangers, and he probably wouldn’t have come here if not for me. I’ll be hiding behind there, so tell him I’m not here because I had something to do. Please make it really awkward.” Both Lee Seo Jin and Eric complained as if they didn’t want to do it, but in the end, they approved.

Lee Jong Suk arrived, and as planned, Lee Seo Jin and Eric carried out the hidden camera prank. They fibbed that Yoon Kyun Sang won’t be back until that night, and they also made him feel extremely awkward. Lee Jong Suk couldn’t hide the terror on his face. Flustered and confused, he asked Yoon Kyun Sang’s cats, “Where did your dad go?” In the meantime, Yoon Kyun Sang had a blast watching all this happen from behind the wall. 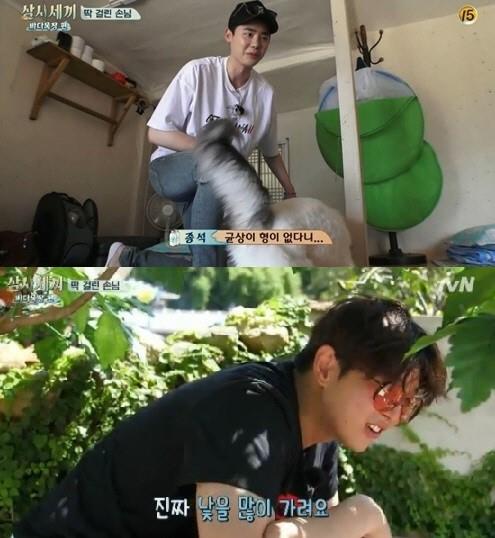 Watch the hilarious process of the hidden camera below!