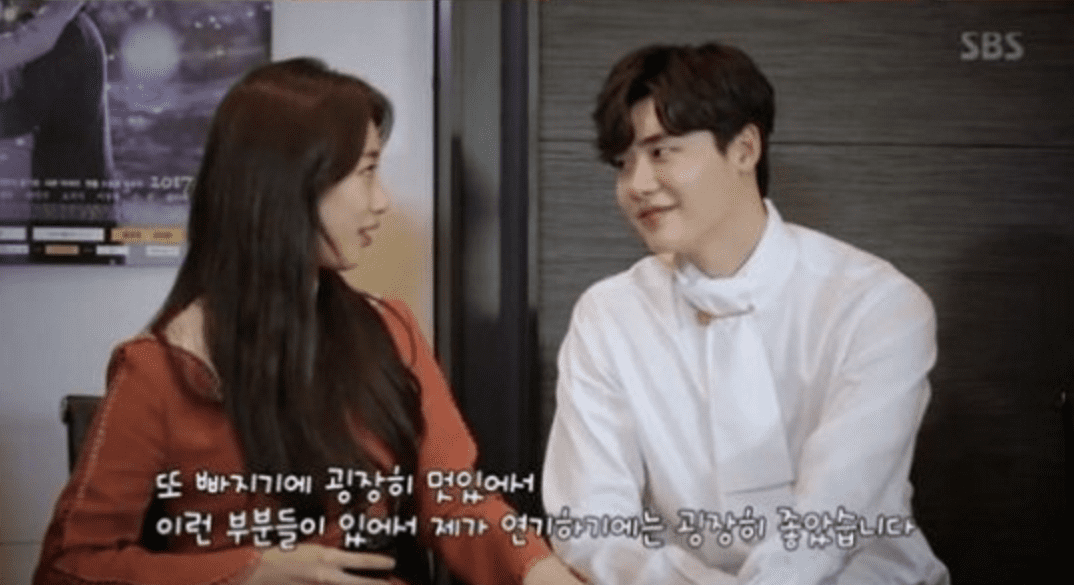 On September 24, SBS broadcast a short preview of their upcoming drama with Lee Jong Suk and Suzy, “While You Were Sleeping.”

In the preview, Lee Jong Suk and Suzy gave a short interview where they talked about each other and what it was like filming. Suzy said, “In the drama, [Lee Jong Suk’s character] represents hope to me, so I fall for him easily. He’s a cool person to fall for and I liked acting it out.” 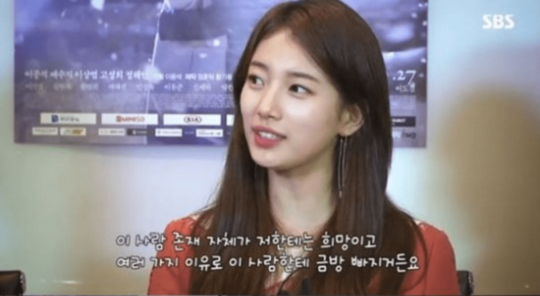 Lee Jong Suk said, “[Suzy] is a lovable, charming girl so I was able to be excited every moment acting a melodrama with her. Wouldn’t you say she’s the greatest actress of our time? She’s beautiful.”

He added, “I had a scene with Suzy at the beach and she came running up to me and it was very refreshing and pretty.” 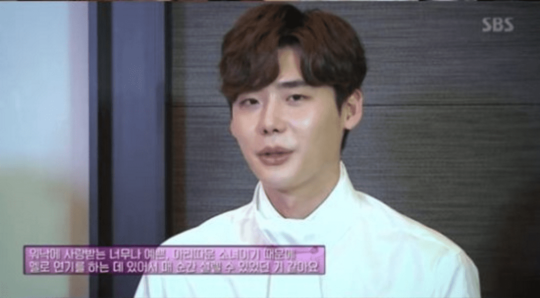 The actor also had a funny story to share from the beach shoot. He said, “When we were filming by the sea, the staff all said ‘this is the last time’ and told me to drop Suzy into the water. But Suzy grabbed my neck and hung on so I had to fall in the water with her.”

“While You Were Sleeping” will be coming exclusively to Rakuten Viki and is slated to premiere on September 27 KST.