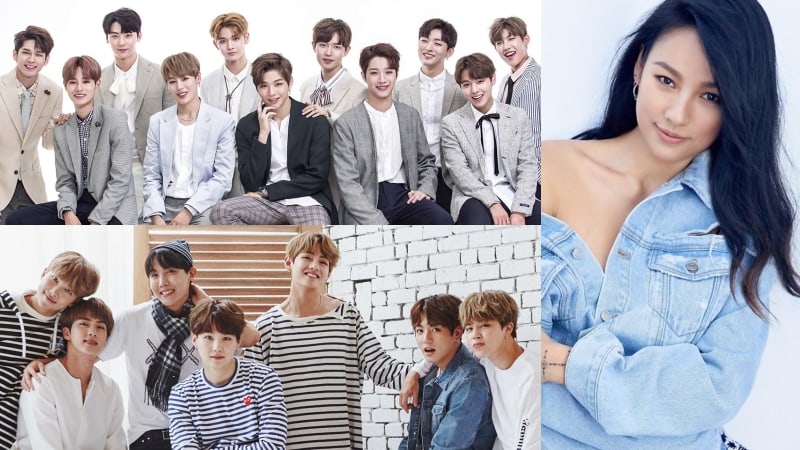 Entertainment Industry Representatives Vote On The Top “Power People” Of 2017

On September 26, media outlet Ilgan Sports revealed 2017’s results for their yearly survey on the “power people” who have the most influence in popular culture.

150 people participated in the survey, with 50 people each from the broadcast, film, and music industries. Each representative wrote their votes for the top five. Each first place answer got five points, second place got four, third place got three, fourth place got two, and fifth place got one.

Actor Song Kang Ho takes the crown with his influence on the Korean film industry. In the past year, he has reached an audience of 19.7 million with his films “The Age of Shadows” and “A Taxi Driver.”

Although Wanna One just debuted in August, their influence has been proven strong enough to place them in second. Broadcasting stations and advertisers have been competing intensely to recruit the group due to their effect on ratings and sales.

The only other idol groups that ranked in the top 30 are BTS at No. 7 and TWICE at No. 20. BTS has demonstrated their incredible global impact, and KBS producers Kim Young Do and Kang Byung Taek commented that they are “idols representing the country.” TWICE jumped up seven spots from last years ranking to be the only girl group in the top 30. The group has released hit after hit from “TT” to “Knock Knock” and “Signal” in the past year.

The solo singers that made the list are Lee Hyori at No. 6, Yoon Jong Shin at No. 15, and IU at No. 29. Lee Hyori made her long-awaited comeback to the music industry in July, while IU has been continuously topping charts with each of her releases. Both singers have been even further in the spotlight through their chemistry on variety show “Hyori’s Homestay.” Yoon Jong Shin recently won his first music show after 28 years with hit track “Like It.”

Drama writers Kim Eun Sook of “Goblin,” Baek Mi Kyung of “Strong Woman Do Bong Soon” and “Woman of Dignity,” and Lee Soo Yeon of “Stranger” also made the list. In terms of PDs, Na Young Suk of “Three Meals A Day,” “New Journey to the West,” and “Newlywed Diary,” Ahn Joon Young of “Produce 101 Season 2,” and Kim Tae Ho of “Infinite Challenge” were seen as influential this past year.