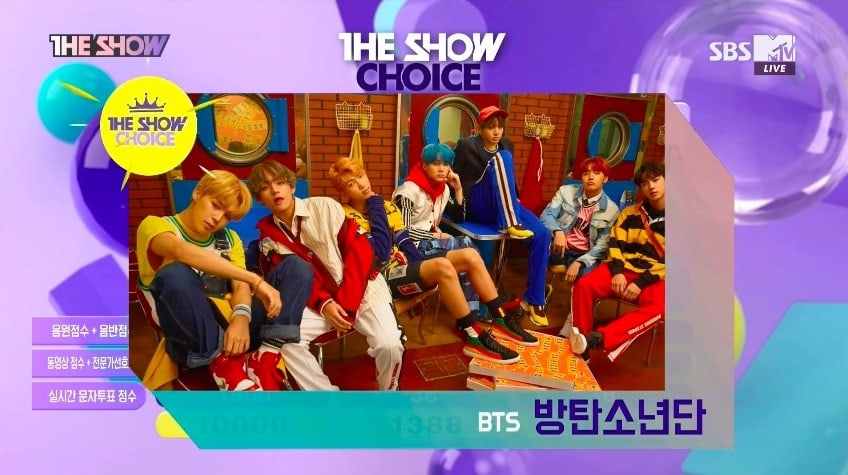 Watch: BTS Takes 1st Win For “DNA” On “The Show” With Perfect Score, Performances By Lee Gikwang, VICTON, And More

BTS has grabbed their first trophy for “DNA”!

On September 26’s episode of SBS MTV’s “The Show,” BTS was up against APRIL and Weki Meki for first place. BTS received a total score of 10,000 with the highest possible scores in all categories. Weki Meki came in second place with a score of 1,618, and APRIL was in third with a score of 1,388.

BTS unfortunately wasn’t able to attend the live ending of the show to accept their award, but “The Show” shared a video of BTS thanking their fans ARMY and “The Show” and celebrating their win!

A video was also posted to BTS’s Twitter account of J-Hope and Jimin with the caption, “Congrats on ‘The Show’ 1st win, thank you.”

Rap Monster thanked fans and expressed his surprise over getting a perfect score.

Jin shared a photo with the caption, “Thank you for the 1st win. ARMY is the best!!!!!”

Watch their performance of “DNA” and the winner announcement below!

Lee Gikwang – “What Are You”