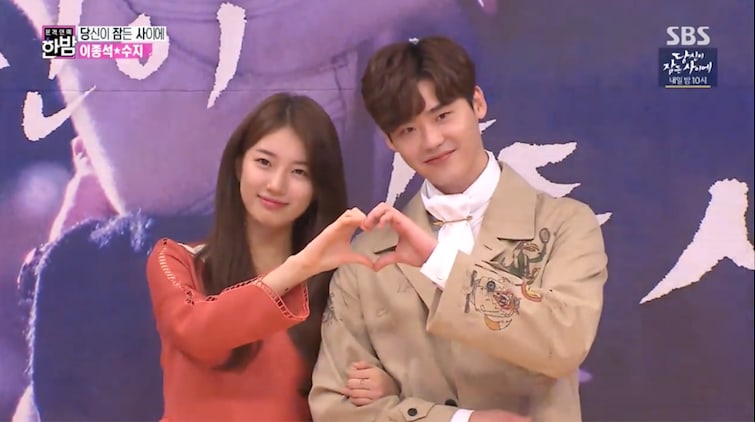 Watch: Lee Jong Suk And Suzy Share Stories About Filming For “While You Were Sleeping”

The cast of SBS’s upcoming drama “While You Were Sleeping” recently shared stories from filming through the September 26 broadcast of SBS’s “Night of Real Entertainment.”

Ahead of their interview, “Night of Real Entertainment” aired footage of lead roles Suzy and Lee Jong Suk posing for photos together at the drama’s press conference as well as previews of the drama.

The interviewer asked Suzy about her short hair which caused quite a stir amongst her fans. She revealed, “It’s my first time [with hair this short] since my debut so [it’s been] about seven years. I tried a new style, so it was cool, but a lot of people around me were worried for me.” 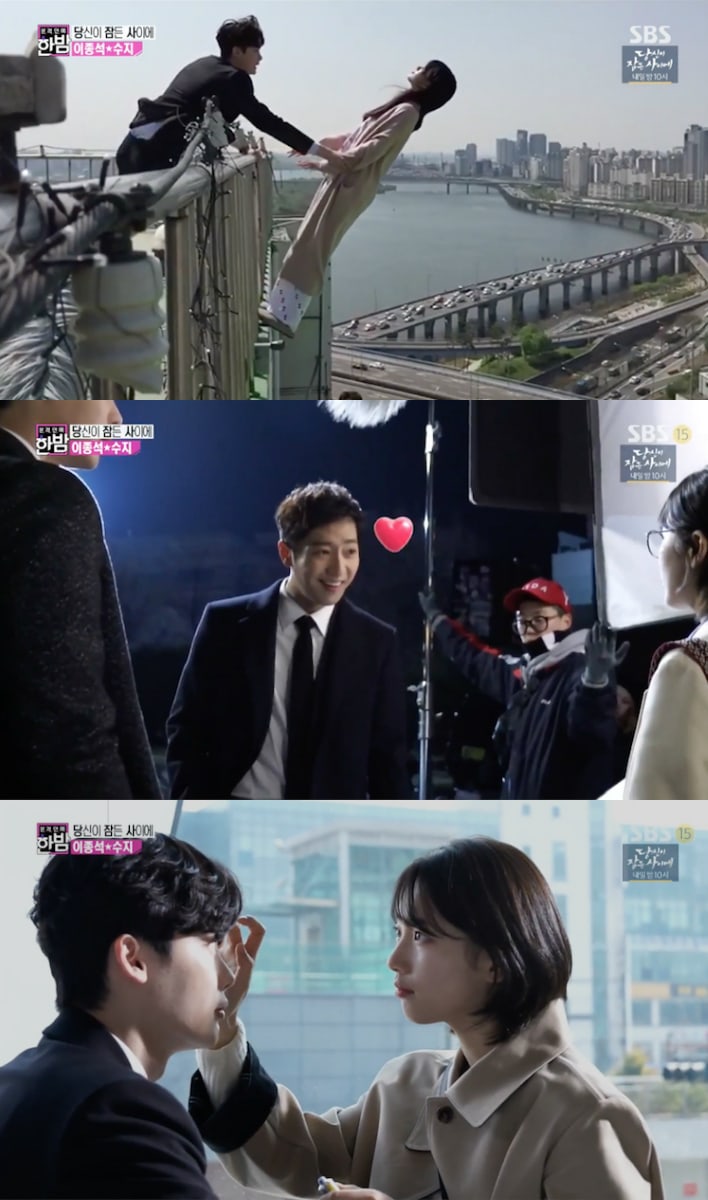 Suzy will also be showcasing new sides to her in the drama. Behind-the-scenes footage revealed the idol doing her own stunts in the scene where she seemingly falls off the ledge of the hospital roof. Suzy commented, “I watched the stunt actress filming and thought I could do that so I did it myself.”

She also shows her funny side in another scene where she comes out of the bathroom with no makeup on, asking her mom where the razor is so she can shave her armpits. When she sees Lee Jong Suk standing in her living room, she runs to her bathroom and talks to her reflection in the mirror about the state of her eyebrows.

Lee Jong Suk will be sharing a new side to him as well while playing a young, clumsy prosecutor in this drama. When the interviewer asked Suzy if she noticed any new aspects of Lee Jong Suk while filming, he interjected, “I’m looking forward to [this answer].” Suzy then replied, “When it’s an important or serious scene, he is able to focus immediately which was different from what I thought…” which made Lee Jong Suk jokingly yell to everyone’s amusement, “What did you think of me before?!”

Watch the behind-the-scene footage and interview clips below!

“While You Were Sleeping” will premiere on September 27 and is coming exclusively to Rakuten Viki! Check out the latest trailer below:

Lee Jong Suk
Suzy
While You Were Sleeping
E-news Exclusive
How does this article make you feel?