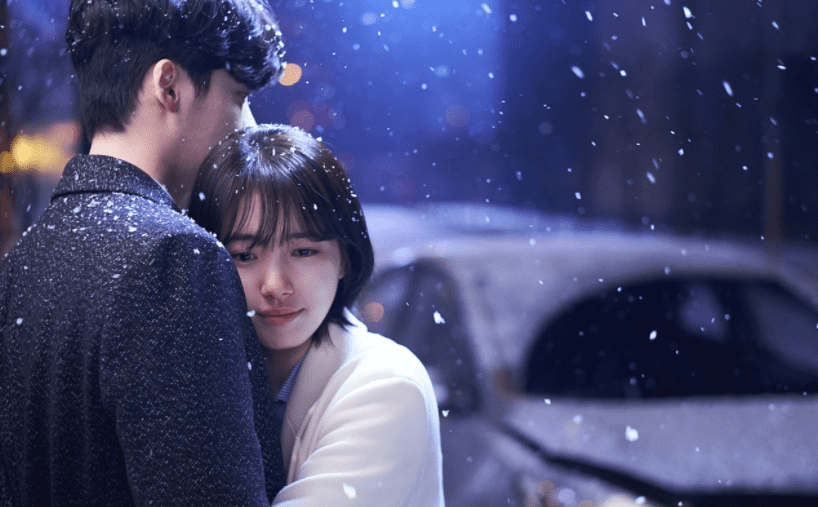 “While You Were Sleeping” has released new stills!

As the SBS Wednesday-Thursday drama starring Lee Jong Suk and Suzy approaches its premiere, the production staff has released more stills as well as what viewers can look forward to in the first episode. Check them out below!

Hong Joo (Suzy), who is currently unemployed, has the ability to see events through her dreams before they happen in reality. Her dreams can either be showing her what will happen five minutes into the future or what will happen in a far-off event. Hong Joo can also dream about other people’s dreams. And while she does have happy dreams, she also dreams of terrible misfortunes. As her dreams are not constrained by a specific time or law, viewers will be able to see the interesting process of how her dreams come true or how they are different from what happens in reality. 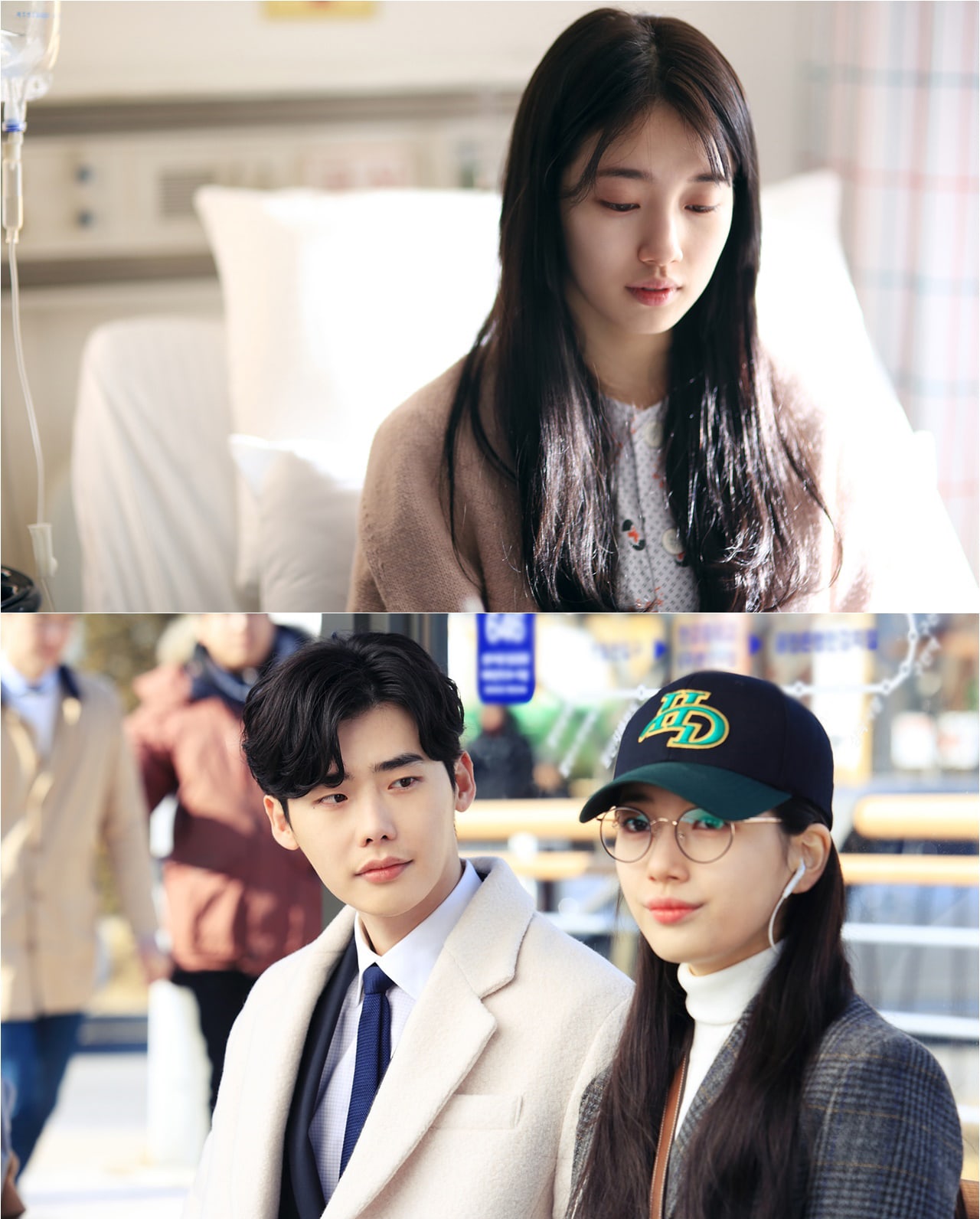 2. A strange man appears in her dreams

In the first episode, Hong Joo has a dream where she sees herself running towards a strange man that she’s never seen before and hugging him. The morning after the dream, she sees Jae Chan (Lee Jong Suk) and his younger brother (Shin Jae Ha) handing out rice cakes and greeting their neighbors after moving into the neighborhood. Despite the latest teaser showing Hong Joo being surprised and hiding from Jae Chan, many viewers will be able to see how the dream of her hugging Jae Chan will end up happening in reality. 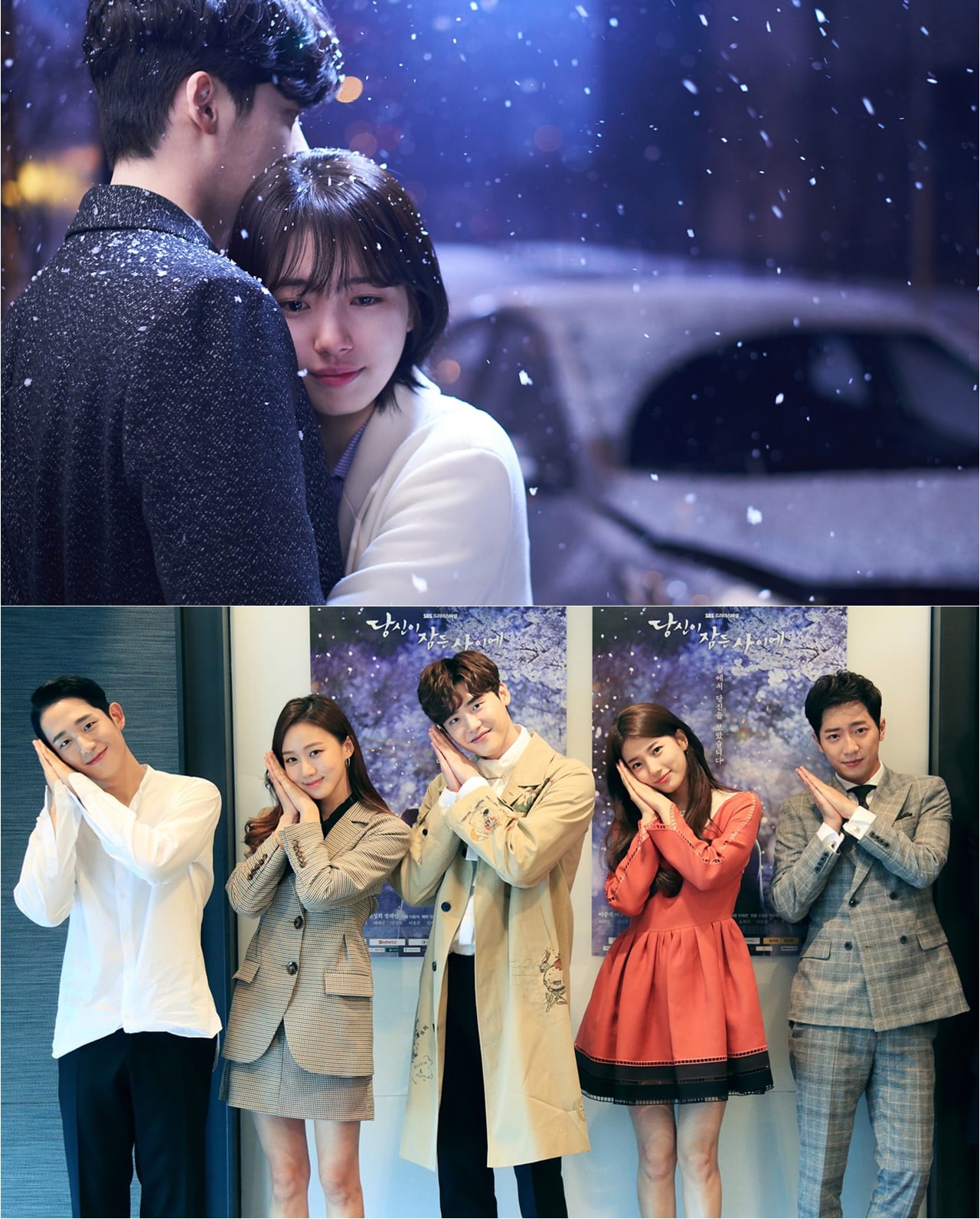 3. The start of an exciting story

“While You Were Sleeping” is set to convey a variety of moods as the show has elements of suspense, romance, and more. The first teaser hints at the upcoming events that will happen to Hong Joo and Jae Chan, while the second teaser shows a preview of their romance. The third teaser shows the relationships between Jae Chan, Hong Joo, and Yoo Bum (Lee Sang Yeob). Many viewers are also curious to know more about Suzy’s character and her ability to see future events through her dreams.

The production staff stated, “‘While You Were Sleeping’ airs its first episode today. The production team and the actors have worked really hard to present the viewers with a good project.”

Lee Jong Suk
Suzy
Lee Sang Yeob
While You Were Sleeping
How does this article make you feel?