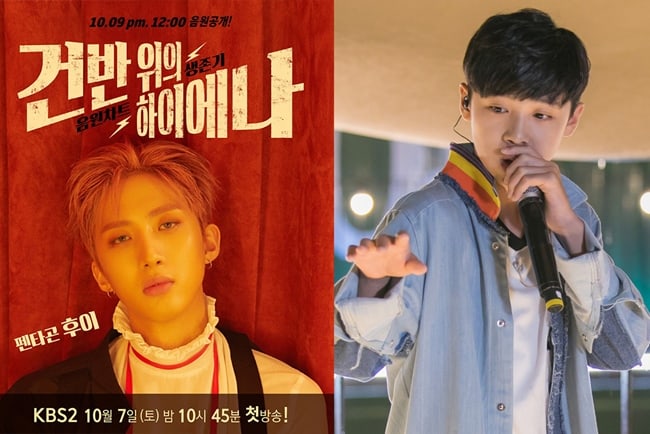 Cube Entertainment trainee Jo Woo Chan, also known as the elementary school rapper from “Show Me the Money 6,” will be appearing on KBS’s pilot music variety show “Hyena on the Keyboard” with PENTAGON’s Hui!

On September 30, a source from Cube Entertainment stated, “Hui will be holding a collaboration stage with Jo Woo Chan on ‘Hyena on the Keyboard.'”

The two will be performing a song composed by Hui himself.

“Hyena on the Keyboard” will be hosted by Girls’ Generation member Sunny and Jung Hyung Don, along with musicians Yoon Jong Shin and Jung Jae Hyung. The show will be following the music production process and everyday life of music producers like Hui and rapper Gray.

Hui and Jo Woo Chan’s performance will be revealed in the episodes airing on October 7 and 8, and their track will be released on October 9 at 12 p.m. KST!

PENTAGON
Hui
Jo Woo Chan
Hyena on the Keyboard
How does this article make you feel?