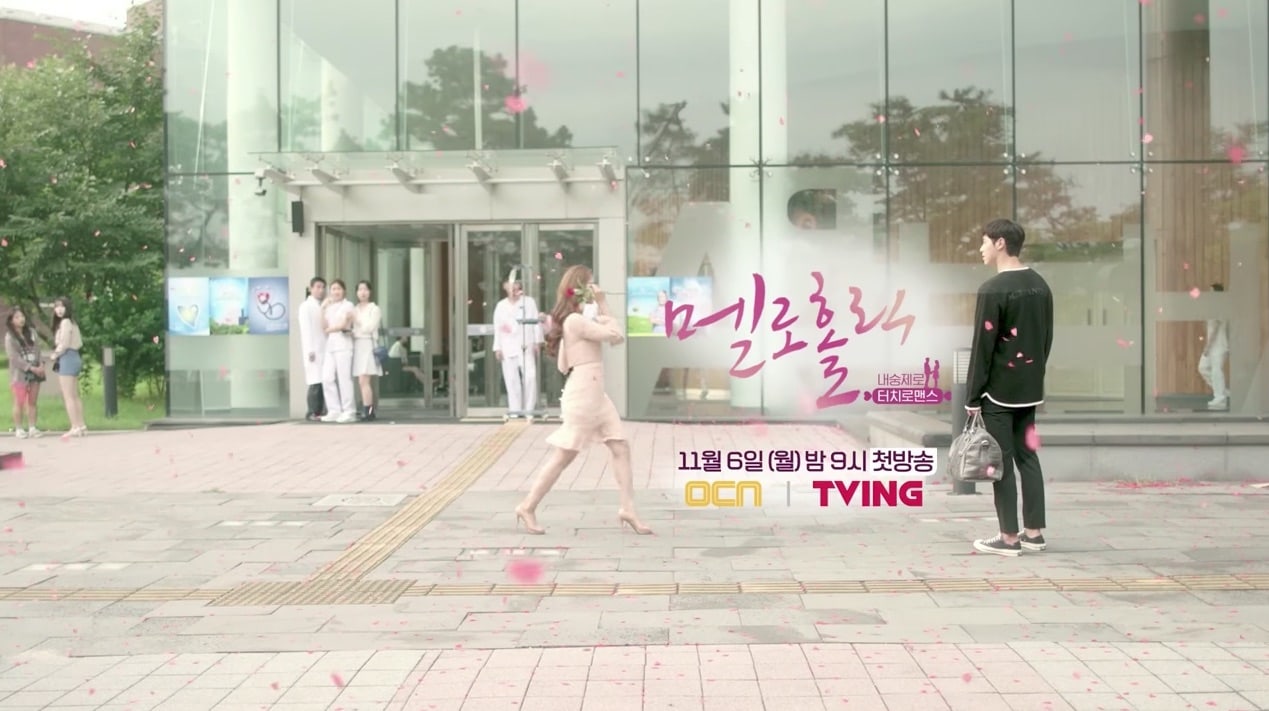 The first teaser video for the upcoming drama “Melo Holic,” which will be TVXQ’s Yunho’s first drama since being discharged from the military, has been released!

The teaser begins with the phrase, “In November, I fall in love,” as Yunho and Kyung Soo Jin embrace each other amidst a shower of flower petals with a college campus as the background.

Things take a turn though as the text on the screen that initially said “With this unpretentious woman” suddenly changes to “With this unpredictable woman.” Kyung Soo Jin pushes Yunho against a pillar and transforms into a completely different person.

“Melo Holic” will be a fantasy romance drama that follows the story of a man who can read minds but is also a complete novice when it comes to dating and a woman with a split personality. The first episode of the Monday-Tuesday drama is set to air on November 6 at 9 p.m KST on OCN, and the drama will also become available on OKSUSU from November 1.