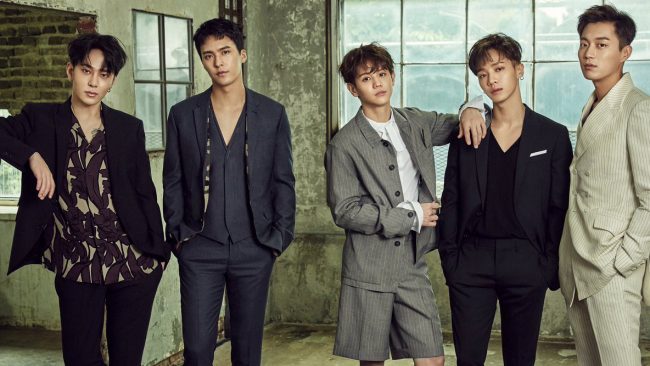 It’s been a wild ride for Highlight, one of K-pop’s most well-known and loved boy bands, as they reach their eighth year in the biz. In an industry where younger and newer bands keep coming and going, Highlight has certainly achieved things that most boy and girl groups could only dream of: longevity, popularity, and success. But their climb to the top wasn’t an easy one.

Here are some of the group’s milestones as we celebrate their anniversary!

Formerly known as BEAST, the group debuted in October 2009 with the song “Bad Girl.” The formation of the band was considered unique because the majority of the members originally came from different agencies.

Vocalist Lee Gikwang debuted as solo singer AJ with “Dancing Shoes.” Leader Yoon Doo Joon was a trainee of JYP Entertainment and participated in the reality show “Hot-Blooded Men,” which prepared trainees for 2AM’s and 2PM’s debut. Rapper Yong Junhyung used to be a part of a boy band called Xing.

Jang Hyunseung was slated to debut with BIGBANG and participated in their reality idol training show, but Yang Hyun Suk had decided he was not ready yet. Meanwhile, the other members Son Dongwoon and Yang Yoseob were trainees for a very long time. With BEAST, the members had a clearer career path and their rise to success through hard work was truly inspiring.

BEAST worked their way up as they caught the attention of audiences with their “beastly idol” image; being strong, tough, and having fire in everything they do. They won their first rookie award from the Ministry of Culture and Tourism. Their second mini-album “Shock of the New Era” was a big hit, with the lead single “Shock” achieving all-kills and topped several charts. In Singapore, they got a Golden Disk award and got the chance to be the first Korean artists (along with 4Minute) to perform at the Singapore Olympic stage.

In 2010, R&B star Omarion arrived in Korea and made a surprise appearance as a guest when they were receiving their award on the 26th at the Mnet 20’s Choice Awards. BEAST’s management stated, “Before he (Omarion) arrived in Korea, the dance team in charge of Omarion’s choreography turned on BEAST’s dancing video and after Omarion had seen that clip, he contacted us and requested that he perform a special stage with BEAST.” 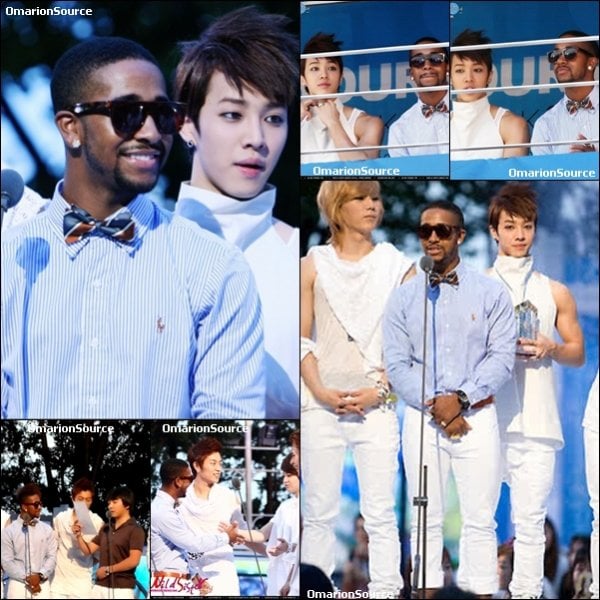 While BEAST exploded onto the scene with energetic and fierce songs, they also stunned the crowd and proved that they were more than just their fancy concepts and complicated dance sequences with the release of “Lights go on again.” Here they would start releasing ballads composed and produced by Yong Junhyung. Some of their best songs include the best ballads: “Clenching My Fist Tight,” “On Rainy Days,” “When I Miss You,” “When the Door Closes,” “Will You Be All Right?” “Easy,” “I’m Sorry,” “Take Care of My Girlfriend,” “Oasis,” and “You.”

Watch one of their beautiful unplugged performances here:

The rise of the “boyfriend-dol”

BEAST’s own leader Yoon Doo Joon, who has good looks and a down-to-earth personality, started a trend called the “boyfriend-dol,” a mix of the words boyfriend and idol. He would top several online polls and celebrity rankings as the idol every girl wants to have as her boyfriend. GiKwang also became a “trend-dol” for his cute baby face and hot body.

The legend that was “Fiction”

No other song had created a craze at that time than “Fiction,” with its addicting chorus and unforgettable dance steps. It won Song of the Year at the KBS Festival.

Hands down, Highlight has the best music videos. From post-apocalyptic concepts like “Shadow,” cinematic-inspired “Good Luck” to dark and moody “Ribbon” or beautifully shot “Butterfly,” among others.

Hyunseung contributed a great deal to BEAST, with his strong and unique vocals that added to the group’s harmony. He also did really well with his individual projects, especially with his explosive chemistry with HyunA as Trouble Maker. In April 2016, however, Cube Entertainment announced his departure after seven years with the group, citing “musical differences” as his reason.

Following Hyunseung’s departure, BEAST was re-organized as a five-member group under their own label, Around US Entertainment. This is because Cube had trademarked the name BEAST, which meant they couldn’t promote using the group name they had since debut. Their new management agency then revealed that their new group name was Highlight, which signifies their potential to be exceptional and stand out. The name is based on the title of their album, “Highlight,” which was the first album the band released with five members.

Yoon Do Joon posted on Instagram, “The name [BEAST] is filled with memories and we worked hard to keep it, but this is goodbye. Now we will begin with Highlight!”

Highlight made a comeback with their mini-album “Can you feel it?” and with it, they proved that they’ve still got it no matter what. They won Triple Crown in KBS Music Bank and their popularity continues as their new name topped online trending topic searches.

Highlight is slated to make another comeback with their new mini album “Celebrate,” which will be released on their eighth anniversary. The teasers feature footage of their memories and best moments as a group. As they reach their anniversary at the end of the year, it seems like Highlight is not afraid to move on while still looking back and being thankful for all the years they’ve shared.

Hi Soompiers, what do you love most about Highlight? Let us know in the comments below!