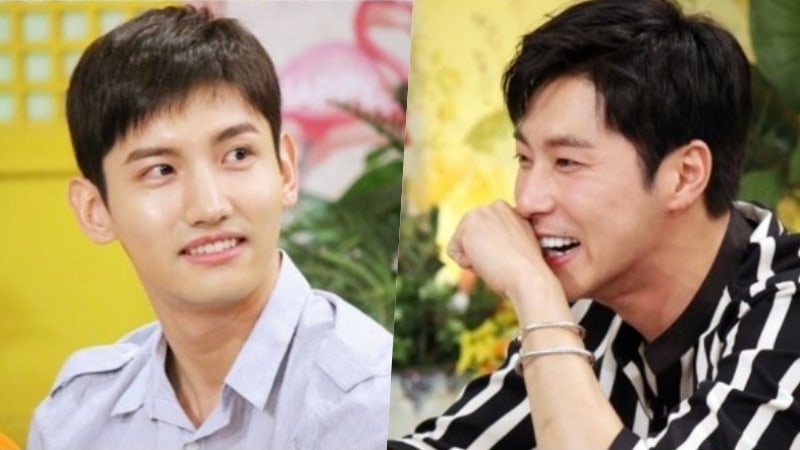 TVXQ is making their first variety show appearance since their military service discharge on the upcoming episode of KBS’s “Happy Together 3.” The two brought up interesting episodes about their military life.

It was previously revealed that Yunho was awarded the status of special class soldier by achieving a score of 90 or higher in shooting, strength, mental strength, and combat training. He revealed, “I received a request to become a full-time soldier. I considered becoming the first celebrity career staff sergeant until Changmin’s discharge,” to which Changmin responded, “I was just fine with being a normal soldier.”

Lee Seung Chul, who also guested in the episode, observed Yunho’s passion and expressed his desire to have him as a son-in-law. He jokingly offered, “You can take my royalties [from my songs].”

TVXQ
Happy Together
Yunho
How does this article make you feel?