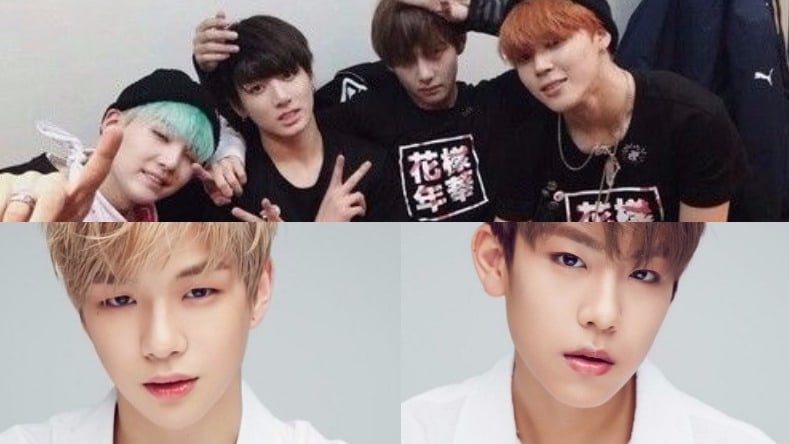 Watch: Boy Groups That Make Your Heart Flutter With Their Regional Accents

Sometimes, our favorite idols seem so far away and unreachable. However, some idols bridge that gap by speaking in their satoori (regional dialects). Let’s delve into 5 boy groups who melt fans’ hearts with their dialects!

All of the BTS members hail from cities outside of Seoul, which means there’s a whole lot of regional dialects spoken within the members. V is from Geochang, Jungkook and Jimin are from Busan, and Suga is from Daegu. In the recent “Ask Us Anything” episode, the BTS members revealed that when they get into an argument, they use their dialects.

Check out some clips that show off their heart-fluttering dialects!

These two members of Wanna One hail from the city of Busan, and melt fans’ ears when they speak in the Busan dialect. Kang Daniel especially attacks female fans older than him by calling them “Noona.” On the other hand, Park Woo Jin adorably emphasizes that he is from Seoul, while his dialect completely says otherwise.

Sandeul, Baro, and CNU come from Busan, Gwangju, and Cheongju respectively, and they sure do showcase their dialects from those areas. Baro even put his dialect skills on full blast when he starred in the popular throwback drama, “Reply 1994.”

Yonghwa and Jonghyun are both from Busan. Yonghwa has shown off his accent in various variety shows. Additionally, in an episode of “Radio Star,” Jonghyun revealed that because he did not foresee himself getting into acting, he was staunch about not correcting his Busan accent. However, two months before shooting “A Gentleman’s Dignity,” he fixed his dialect.

Last but certainly not least, Wooyoung and Jun.K, who are from Busan and Daegu respectively, have spoken in dialect on various variety shows. Wooyoung made Park Se Young’s heart beat with his heart-fluttering accent.