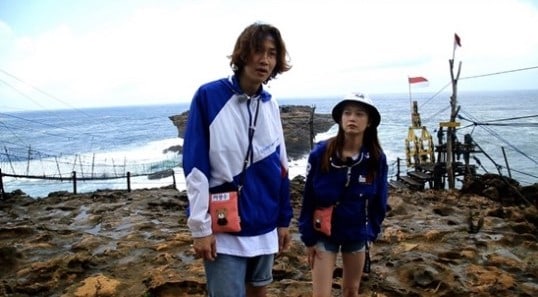 Lee Kwang Soo and Jeon So Min are set to face their fears in the upcoming episode of “Running Man.”

The duo traveled to Indonesia to carry out their punishment. When they arrived, they were greeted by a large crowd of their Indonesian fans, many of whom had gathered to say hello to “Asia’s Prince” Lee Kwang Soo.

However, their elation at meeting fans was short-lived as they arrived at their destination. Lee Kwang Soo and Jeon So Min came face to face with a manual wooden cable car that hovered precariously over the crashing waves of the ocean. 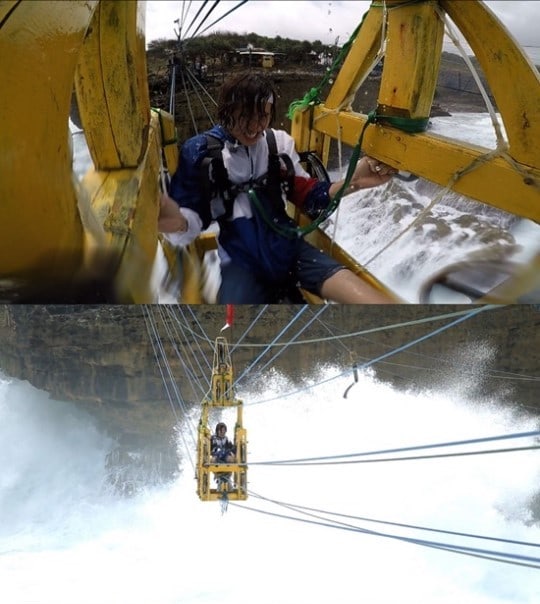 A local source stated that the sea had been quite calm but that the waves were suddenly roiling the day the “Running Man” members visited. The waves were so high that the show’s staff had to keep moving around to avoid being sprayed by the water. Seeing this, Jeon So Min had everyone laughing when she shouted, “Lee Kwang Soo’s bad luck has made the ocean angry!”

The fate of the two members and whether they’re able to complete the trek across the waves will be revealed in the upcoming episode of SBS’s “Running Man,” which will air on October 8 at 4:50 p.m. KST. 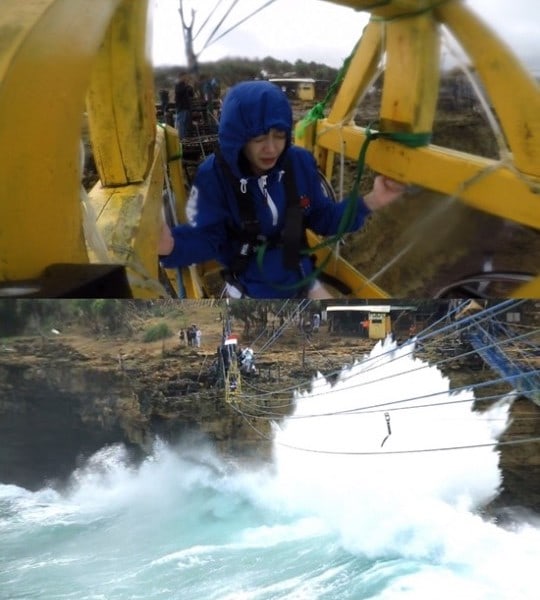 Catch up with the latest episode of “Running Man” below.

Lee Kwang Soo
Jeon So Min
Running Man
How does this article make you feel?