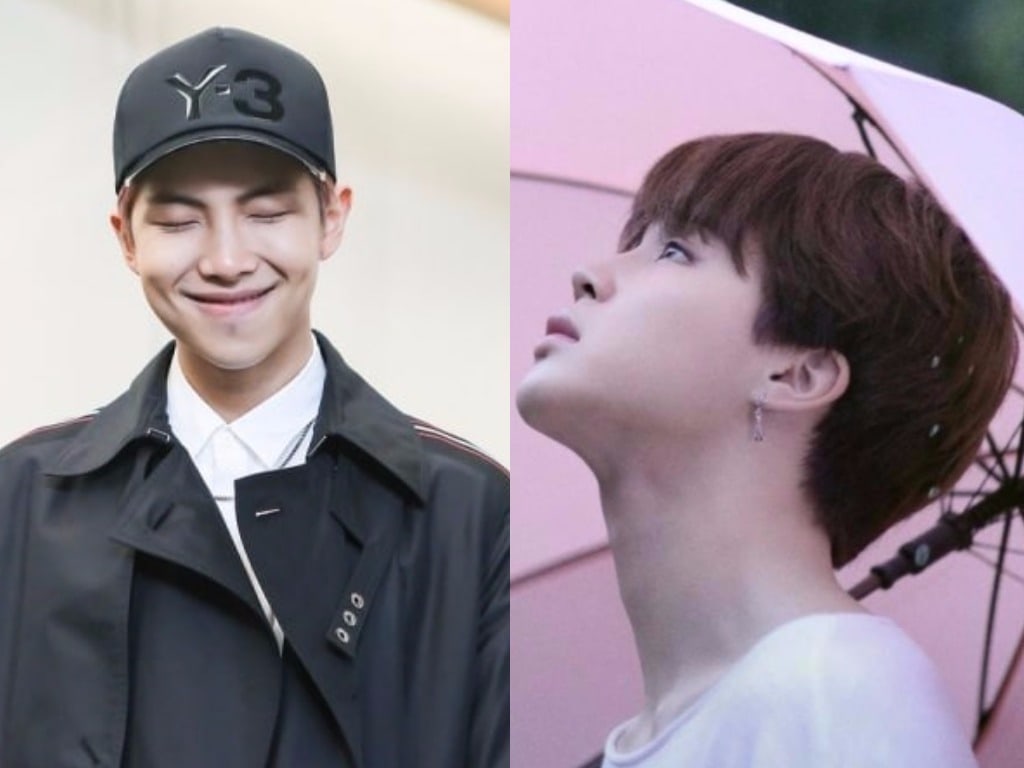 During the V Live broadcast titled, “RM: Love Yourself ‘Her’ Behind,” Rap Monster spoke about the lyrics of “MIC Drop” as well as Jimin’s intro track “Serendipity.” Since Rap Monster wrote the lyrics to “Serendipity,” he said Jimin came to him to ask how he wanted the song to be sung.

The artist revealed, “Jimin said he wanted to break his own barriers. When you think of Jimin, he always sang high notes and the chorus [of our songs]. He asked me for advice on how to grow as an artist outside of that.” Rap Monster continued, “I advised him by suggesting trying this and that, and Jimin asked me to recommend him a playlist of current vocal styles like Drake. So, I wrote it in a memo, took a screenshot of it, and sent it to Jimin.”

Rap Monster also surprised fans by letting them listen to his version of “Serendipity.” He introduced his version and said, “You all have heard Jimin’s track many times and it’s perfect, so I have something for you to listen to.” After playing the track, he shyly laughed and commented, “I worked hard to make a guide because I heard Jimin was going to sing it, but it’s funny now that I listen to it…”

BTS
Rap Monster
Jimin (BTS)
How does this article make you feel?