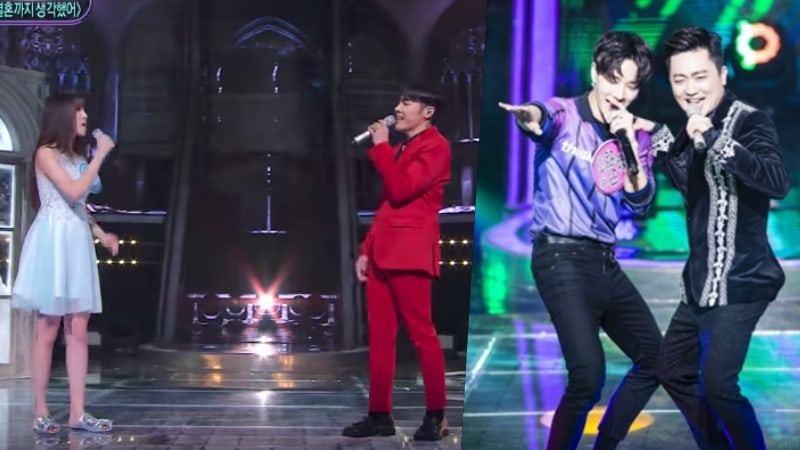 Watch: Wheesung Teams Up With Yuju To Face Off Against Park Hyun Bin And Lee Gikwang On “Fantastic Duo 2”

For its October 8 broadcast, SBS’s “Fantastic Duo 2” aired the second part to its celebrity Chuseok special that began last week.

As an appeal to her senior, Yuju sang a short cover of the singer’s “With Me” with Wheesung himself. She also shared how she’s been a fan since elementary school, explaining, “When I was younger, I happen to turn on the TV and Wheesung was singing ‘Insomnia.’ I was shocked. [I thought,] ‘So it’s possible to sing about insomnia like that. I’ve been a huge fan ever since.”

While other contestants, like Samuel with his dancing skills, put up a fierce fight, Wheesung named Yuju as his pick.

The newly-formed duet partners went on to the final round against Park Hyun Bin and his partner of choice, Highlight’s Lee Gikwang. The two teams each prepared a special performance in order to determine who would come out on top.

In the end, Wheesung and Yuju went home as the winners of this celebrity special with a six-point lead. Check out their fantastic performances below!