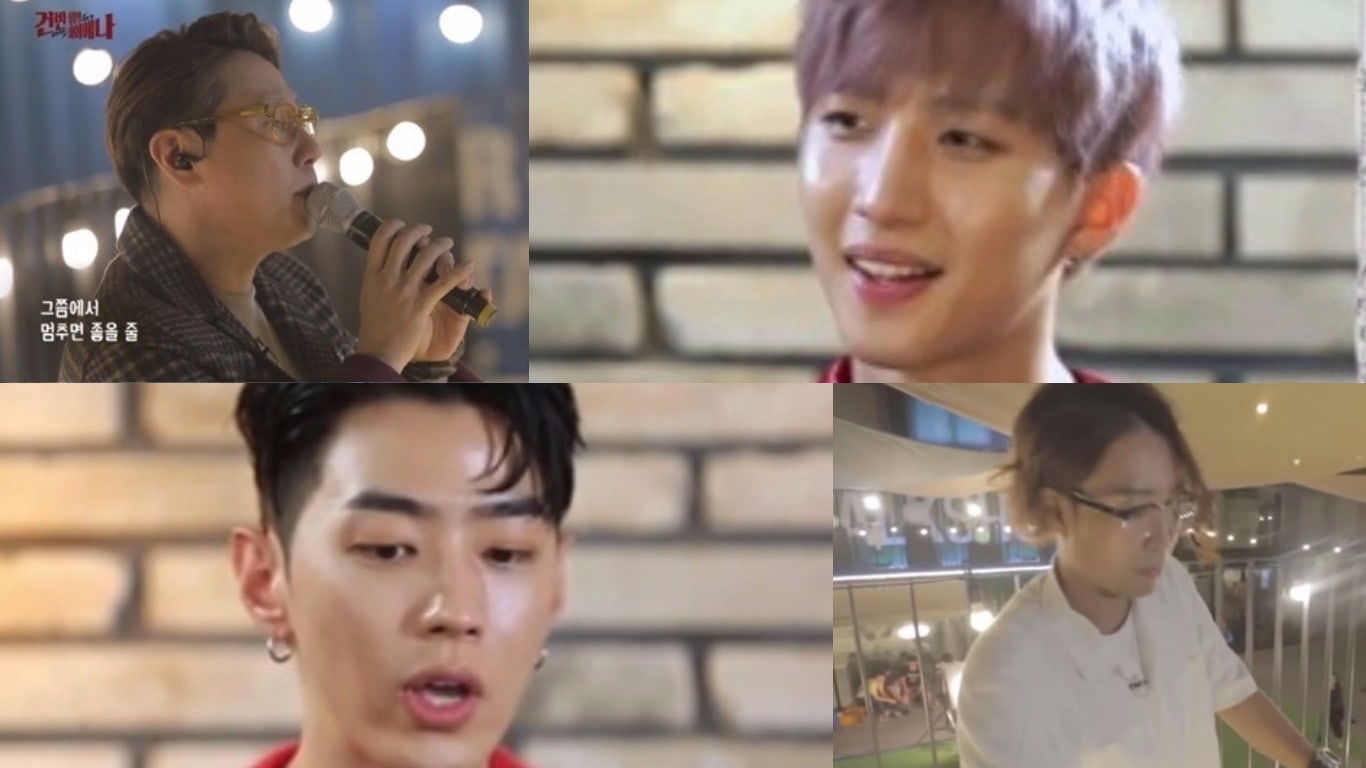 “Hyenas on the Keyboard” is a pilot music variety show where famous singer-songwriters will be competing on music charts. During this episode, each singer-songwriter brought their own special featuring artists to record their new songs.

Jung Jae Hyung paired with Jung Seung Hwan to sing an autumn ballad “You Don’t Know” (literal translation). Girls’ Generation’s Sunny, who was hosting the show along with Jung Hyung Don, said, “I understand why Jung Seung Hwan is so popular with women now” after hearing the song.

Gray wowed his castmates with the speed at which he produces songs and said, “I write, mix, and master the songs all by myself.” He teamed up with Sleepy, Hoody, and Loco to perform his song “I’m Fine.”

Next to reveal his song, “Finding You” (literal translation), was veteran singer-songwriter Yoon Jong Shin. After Yoon Sang heard the demo for the song, he said, “I think that Yoon Jong Shin has been reborn as a high-pitched artist. He runs into no difficulties and it’s even more refreshing than when he started.”

Last but not least was idol artist PENTAGON’s Hui, who not only produces songs for his own group but recently garnered fame by producing hits for “Produce 101 Season 2” and the subsequent project group Wanna One. “I think finding the right vehicle is very important,” he said. “As long as there is the right theme or concept, it’s easy [to compose].” He collaborated with the young rapper Jo Woo Chan to perform his song “Wake me Up.”

Which song did you enjoy the most?