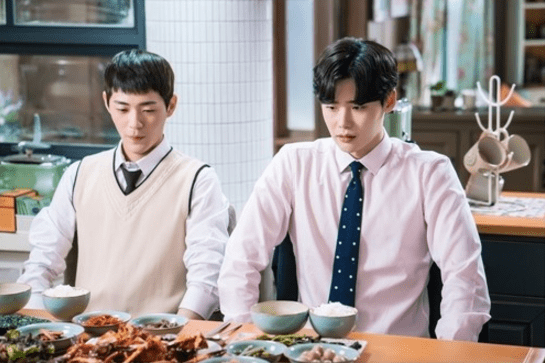 In the previous episodes, Hong Joo’s mom closely observed Jae Chan as well as police officer Han Woo Tak (Jung Hae In) when they came to visit her daughter at the restaurant. As she even gave them both point scores on her notebook, many viewers are interested to find out why Yoon Moon Sun becomes so affectionate to Jae Chan in the upcoming episodes.

In the latest stills, Jae Chan not only receives from her a present of mackerel side dishes, but he also gets invited to eat breakfast at their house. The images show him looking at the food with a surprised expression, while his younger brother Seung Won (Shin Jae Ha) looks excited to start eating. 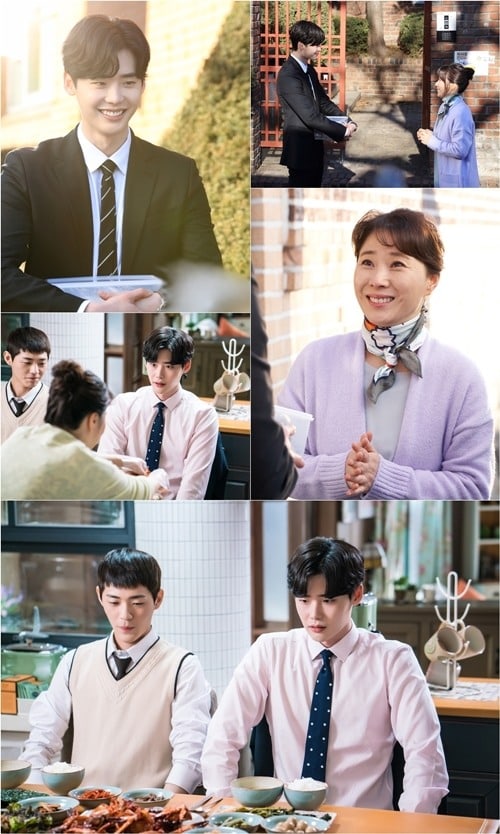 The production staff stated, “It’s a chance for Yoon Moon Sun to really show Jae Chan an infinite amount of affection. Viewers will be able to find out what kind of situation unfolds between the two in the upcoming broadcast.”

Meanwhile, check out the first episode of “While You Were Sleeping” exclusively on Rakuten Viki!

Lee Jong Suk
Suzy
Jung Hae In
Shin Jae Ha
While You Were Sleeping
hwang young hee
How does this article make you feel?