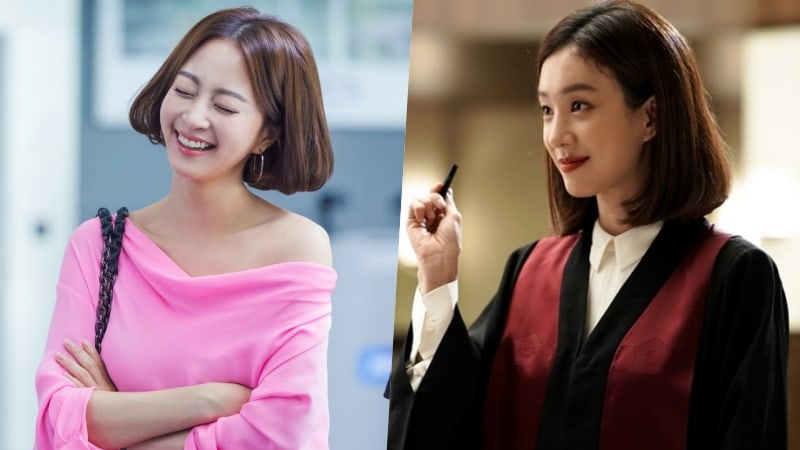 Best friends Han Ye Seul and Jung Ryeo Won are currently facing off as leading ladies of two different dramas, and Han Ye Seul had a little something to say about their friendly competition.

On October 10, the actress posted a screenshot of articles about their respective dramas next to each other on a portal site. Han Ye Seul is starring in MBC’s “20th Century Boy and Girl,” while Jung Ryeo Won is acting in KBS2’s “Witch’s Court.”

Along with the photo, Han Ye Seul playfully wrote, “Yesterday, we were side-by-side again. We’re fated to be. Our viewership ratings…It’s hard because my friend is so good at acting. I want to do well too. I only [hear] compliments about being pretty hahaha. I will work hard. I’ll be winning this, ‘Ma-crush’ [combination of Jung Ryeo Won’s character Ma Yi Deum and ‘girl crush’]. Let me win for once. I’m jealous, and hurt. Currently gathering my wits.”

Previously, the actress shared how neither of them are actually pressured by their dramas airing at the same time, and are supporting each other. She did add that they bet on their dramas, and whoever ends up seeing higher viewership ratings will have to pay for a trip they’re planning on going.