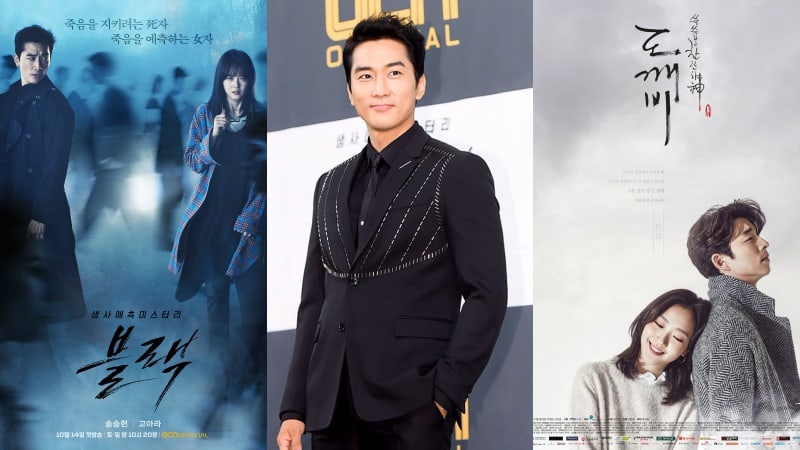 A press conference for OCN’s new weekend drama “Black” was held on October 11 and during the event, Song Seung Heon addressed concerns about the potential similarities between “Black” and tvN’s hit drama “Goblin.”

The actor said, “I think it’s unavoidable for people to draw comparisons between our drama and ‘Goblin’ because both have the grim reaper play a major role. However, I’m confident that people’s curiosity and concerns will be resolved by the first episode. Our storyline, genre, and other factors will differentiate us from ‘Goblin.'”

Song Seung Heon then went on to share, “When I first joined the drama, I had a hard time because it was complicated and difficult to decipher. But I was drawn to the fresh concept of my character and his viewpoint of human emotions. The drama aims to share the message that in the end, the only thing that can solve the troubles of humankind are people and their relationships with each other.”

“Black” a mystery thriller that will follow Black (Song Seung Heon) and Kang Ha Ram (Go Ara), a grim reaper and a woman who can predict deaths respectively, as they break the rules to save people’s lives.

Song Seung Heon
Goblin
Black (K-Drama)
How does this article make you feel?