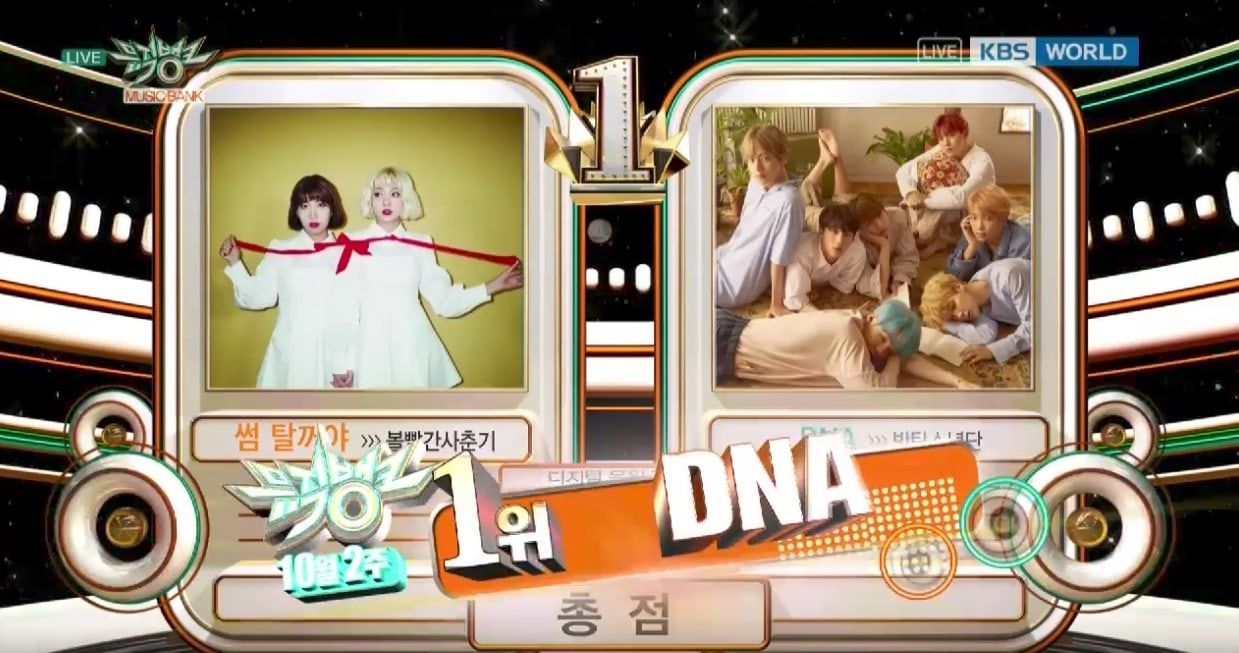 Watch: BTS Gets 9th Win And Triple Crown With “DNA” On “Music Bank,” Performances By NU’EST W, GOT7, UP10TION, And More

The October 13 episode of KBS2’s “Music Bank” had Bolbbalgan4’s “Some” and BTS’s “DNA” as contenders for first place. BTS’s “DNA” clenched the win with 9,851 points making it their ninth music show win for “DNA.” Furthermore, this win gives the group their first triple crown due to this “DNA” win being their third on “Music Bank.” BTS was not present to receive their award as they have concluded promotions for “DNA” and are now on tour in Japan.

Watch the winning moment below:

Baby Boo – “Keep Your Eyes On My Body”