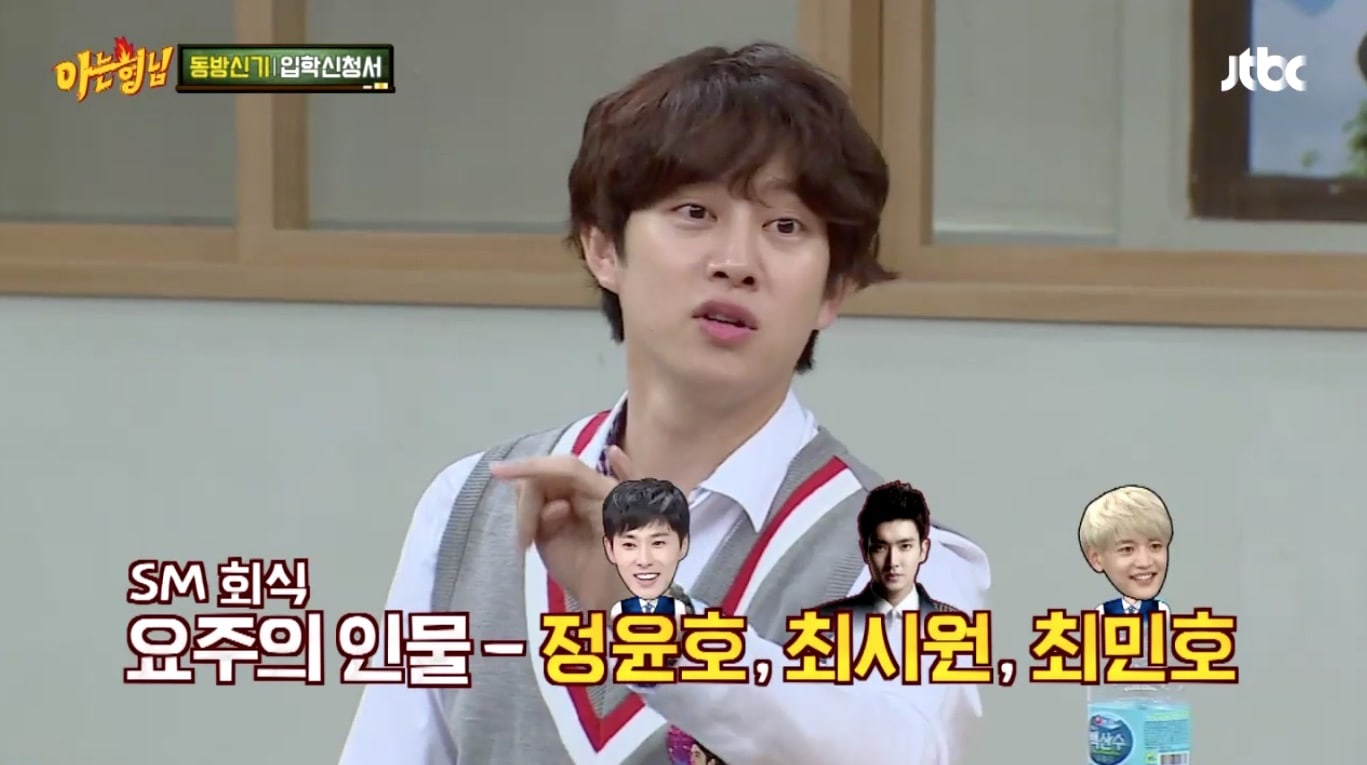 Kim Heechul Reveals Why People In SM Avoid Sitting Next To Yunho, Choi Siwon, And Minho

During the latest episode of JTBC’s “Ask Us Anything,” Super Junior’s Kim Heechul revealed why people avoid sitting next to TVXQ’s Yunho, Super Junior’s Choi Siwon, and SHINee’s Choi Minho when the three of them are together.

It all began with Yunho introducing himself and listing his weakness as having too much passion that once he starts something, he can never stop. The cast was puzzled by this as it sounded like a strength rather than a weakness, to which Yunho replied that it was both to him.

Changmin added, “When Yunho meets younger idol groups, he’s so passionate about giving them advice and helping them that he ends up talking for 30 minutes to an hour. He means well, but they probably just want to go and rest.” 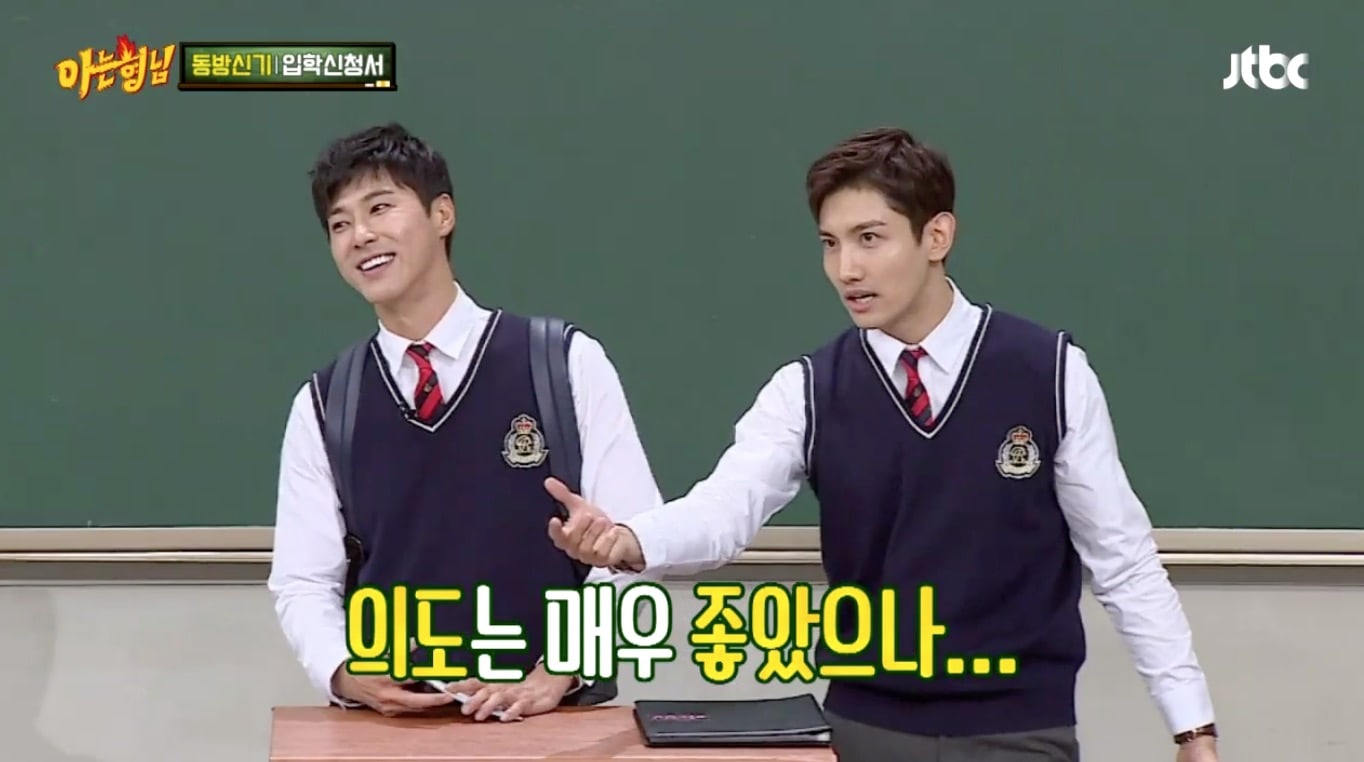 Kim Heechul added on and revealed that there’s one table that everyone avoids when SM employees go out for company dinners, and that’s the table shared by Yunho, Siwon, and Minho.

Calling them “SM’s Passionate Trio,” Heechul revealed that when the three get together, Yunho will talk about what they need to do for the future of Korean culture, to which Siwon will add on and talk about the future of Korean businesses and the economy. Meanwhile, Minho will sit next to them and listen intently so he can learn from the other two.

Stating that once those three get going, there’s no stopping their conversation, Kim Heechul had everyone laughing when he said, “Not even Lee Soo Man will go to their table!”