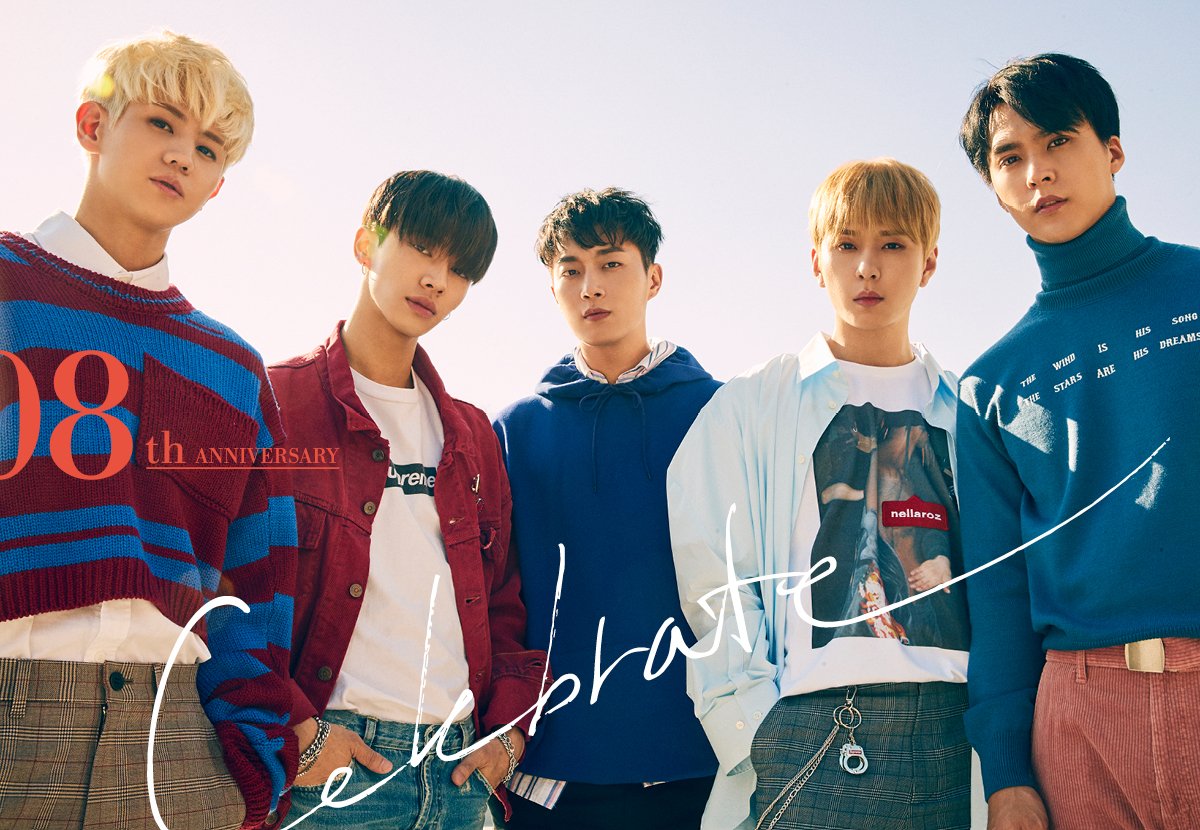 Highlight Opens Up About The Highlight Of Their Life

On October 16, Highlight held a V Live session titled “Highlight Comeback Showcase.” The session began with a video looking back on the group’s eight-year journey from their debut until now. The group then performed their title track “Can Be Better” and “Celebrate,” from their new album.

The members were asked what their life’s highlight was. Yoon Doo Joon answered, “I think mine was when we started over again with the name ‘Highlight,’ when our group name was first revealed. We will become a Highlight that will be your’s and our lives’ highlight.” Son Dongwoon commented, “I still remember feeling excited when our smile logo first came out, and our fans were guessing as to what it could be.”

Yong Junhyung replied wittily, “The highlight keeps getting renewed. I’ll tell you all when there isn’t a new one. We’re the highlight.” Yang Yoseob revealed, “When we had our first solo concert ‘Can You Feel It,’ during our opening, our Lights [fan club name] were so pretty. They were prettier than when they were Beauties [BEAST’s fan club name].” Lee Gikwang answered, “It was during the Incheon Hallyu concert. I still remember the comment, ‘It’s a place to see Highlight and Lights dating.'”

Highlight released their mini-album “Celebrate” to commemorate their eight-year anniversary together. The team Good Life (consisting of Yong Junhyung and Kim Tae Joo wrote the lyrics for and composed their title track “Can Be Better” which is a song to comfort youths. Their album also consists of other tracks such as “Celebrate,” “Take on Me,” “Who Am I,” and “Love Like This.”