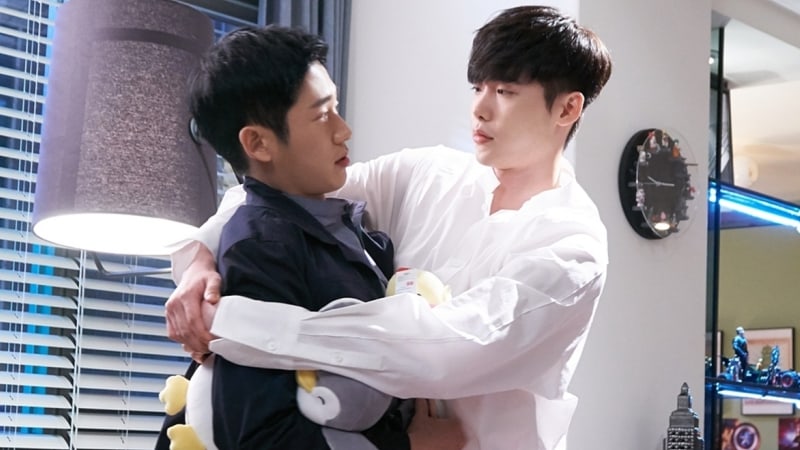 Lee Jong Suk, Suzy, And Jung Hae In Get Closer In New “While You Were Sleeping” Stills

New stills have been released previewing the upcoming episode of SBS’s Wednesday-Thursday drama “While You Were Sleeping.”

Last week, the episode ended with Han Woo Tak (Jung Hae In) lying on the ground after being stabbed by Kang Dae Hee (Kang Ki Young), who murdered his brother to cash in on his life insurance money. Just when Kang Dae Hee found Nam Hong Joo (Suzy) and Kang Cho Hee (Kim Da Ye) hiding, Jung Jae Chan (Lee Jong Suk) showed up in the nick of time with an arrest warrant.

The newly released stills show the moment Woo Tak opened his eyes while laying on his hospital bed, and the concerned faces of Jae Chan, Hong Joo, and his co-worker waiting by his bedside. 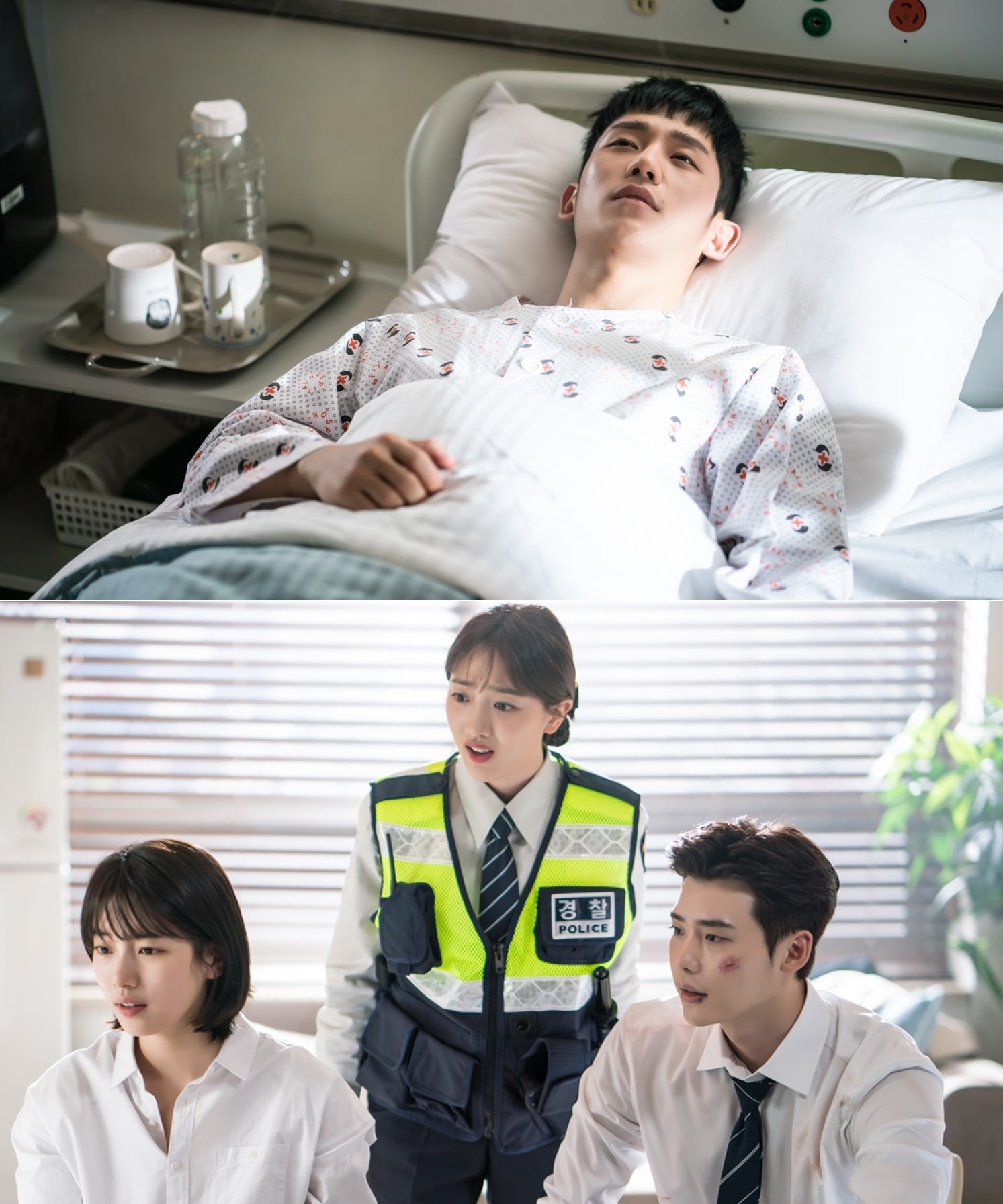 Then, the next two photos show more positive stills. Jae Chan and Woo Tak can be seen hanging out and talking amongst themselves. Jae Chan, who had been quite cold to him in the past, is smiling warmly at his friend and even embracing him in a tight hug.

A source from the drama said, “After Woo Tak was attacked by Dae Hee, Jae Chan, Hong Joo, and Woo Tak will get closer. Please look forward to watching what events will unfold because of their dreams.” 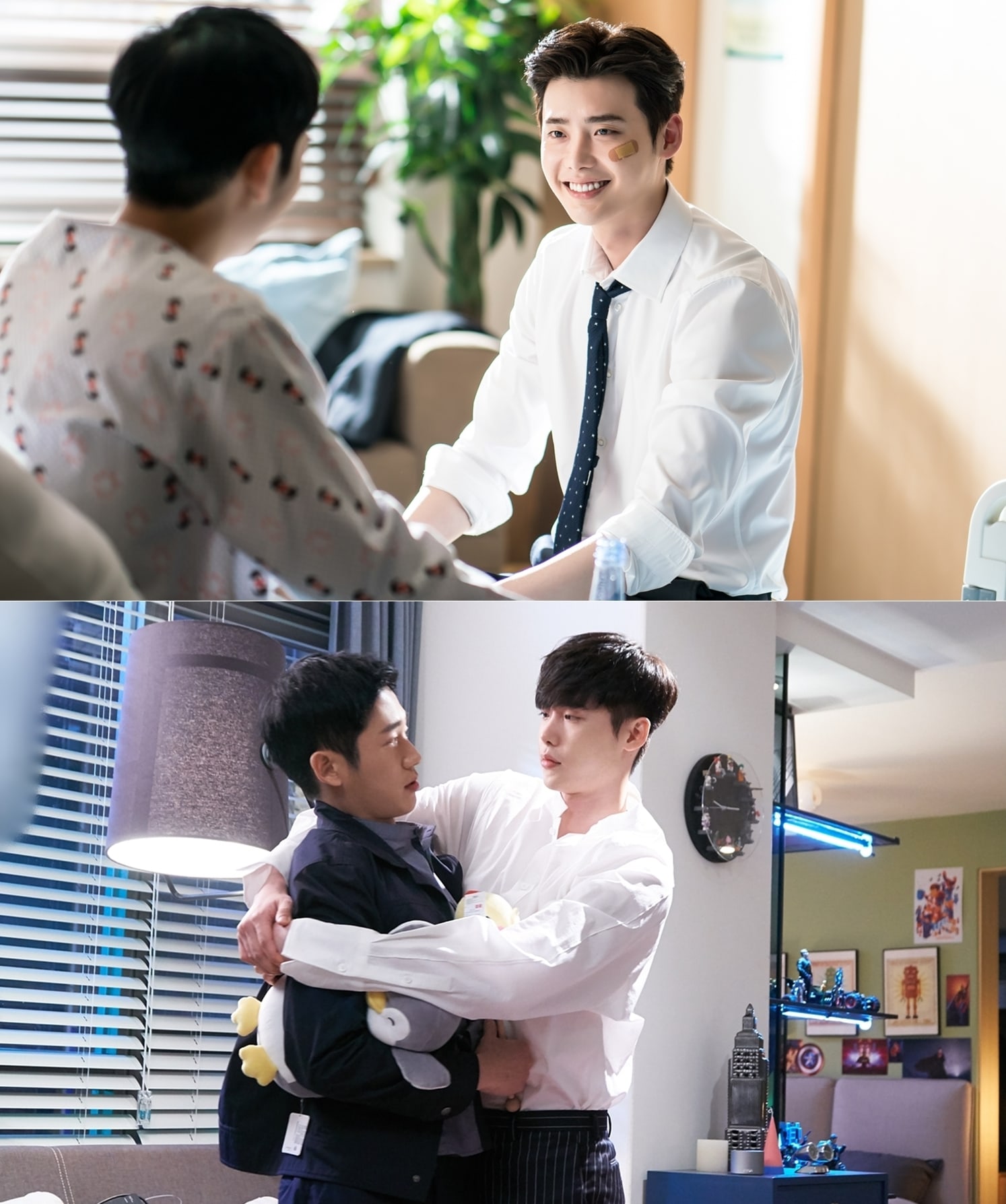 Watch the mystery, romance story of “While You Were Sleeping” from the beginning now!