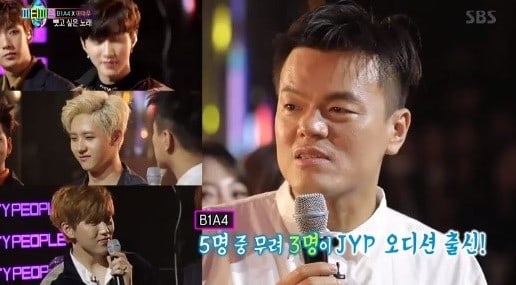 On the October 21 broadcast of “JYP’s Party People,” B1A4 members revealed that they auditioned for JYP Entertainment numerous times.

Sandeul explained during the “Song I Want to Steal” segment that there was a time when he only auditioned for JYP. He said, “I couldn’t make it to the final round, so today is actually the first time I’m meeting Park Jin Young.” 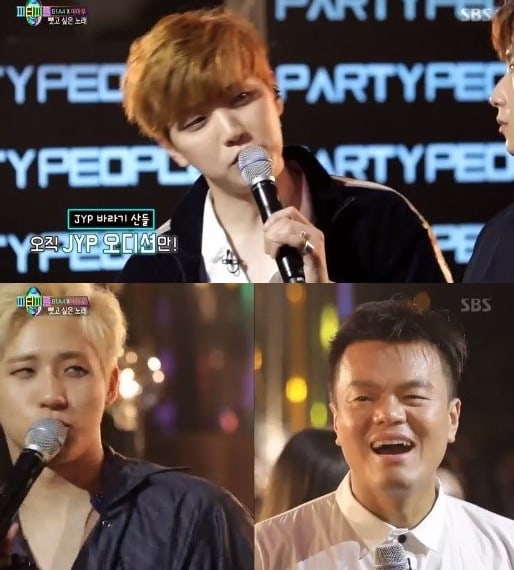 Park Jin Young remarked, “Three out of five members auditioned for JYP… I have a similar story as I auditioned for SM Entertainment and didn’t make it. I only got to meet Lee Soo Man after I made my debut.” 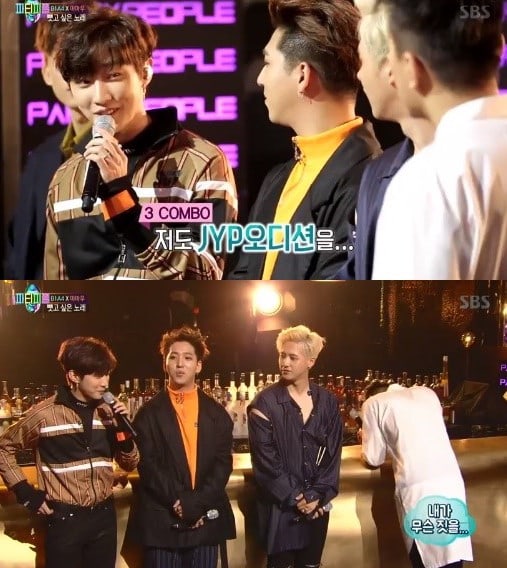 Sandeul sang Kim Yeon Woo’s “Love, The Common Saying,” saying that this was the song that he sang for the audition.

After hearing the song, Park Jin Young said, “It’s making me emotional because I once experienced the same things as you. Back then, I reflected a lot about how I can survive in this industry.”