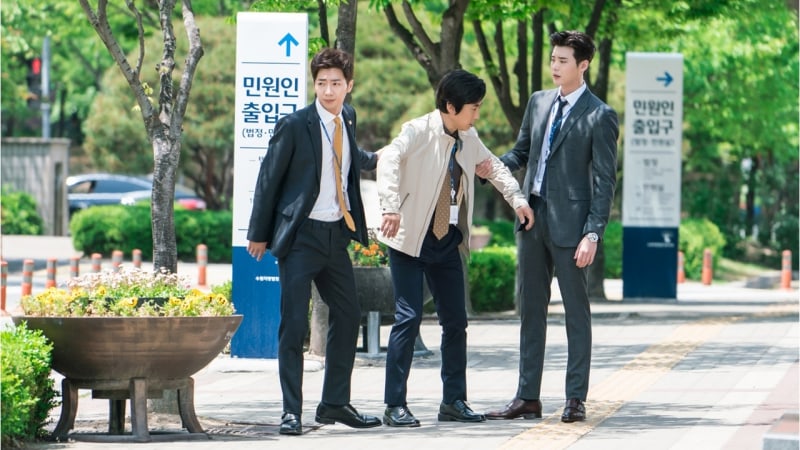 “While You Were Sleeping” has released stills of Lee Jong Suk and Lee Sang Yeob fighting over Kim Won Hae.

The drama tells the story of Hong Joo (Suzy) who can predict unfortunate events through her dreams and Jae Chan (Lee Jong Suk), a prosecutor who struggles to stop those dreams from coming true.

In the stills, Jae Chan and Yoo Beom (Lee Sang Yeob) are each grabbing hold of Dam Dong’s (Kim Won Hae) arms as they pull him toward themselves. Dam Dong is an investigator who worked for Yoo Beom in the past, but is now working for Jae Chan. 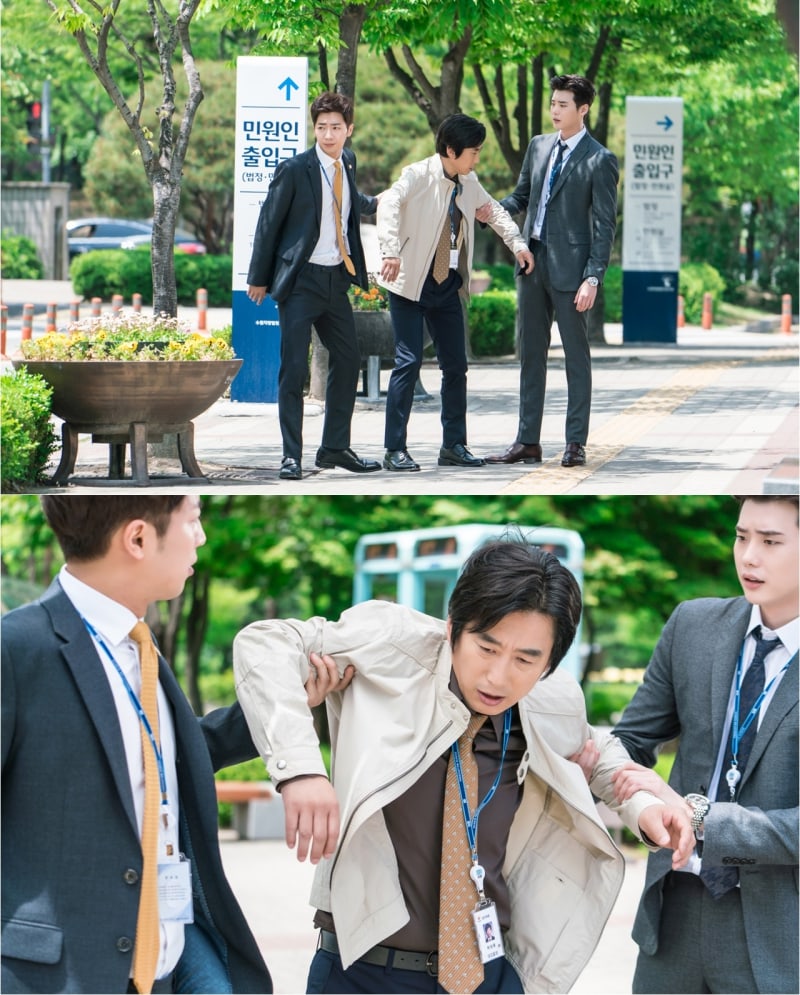 Dam Dong looks flustered while caught in the middle as the two men both look at him with their eyes full of desperation, making many wonder whom he will choose. 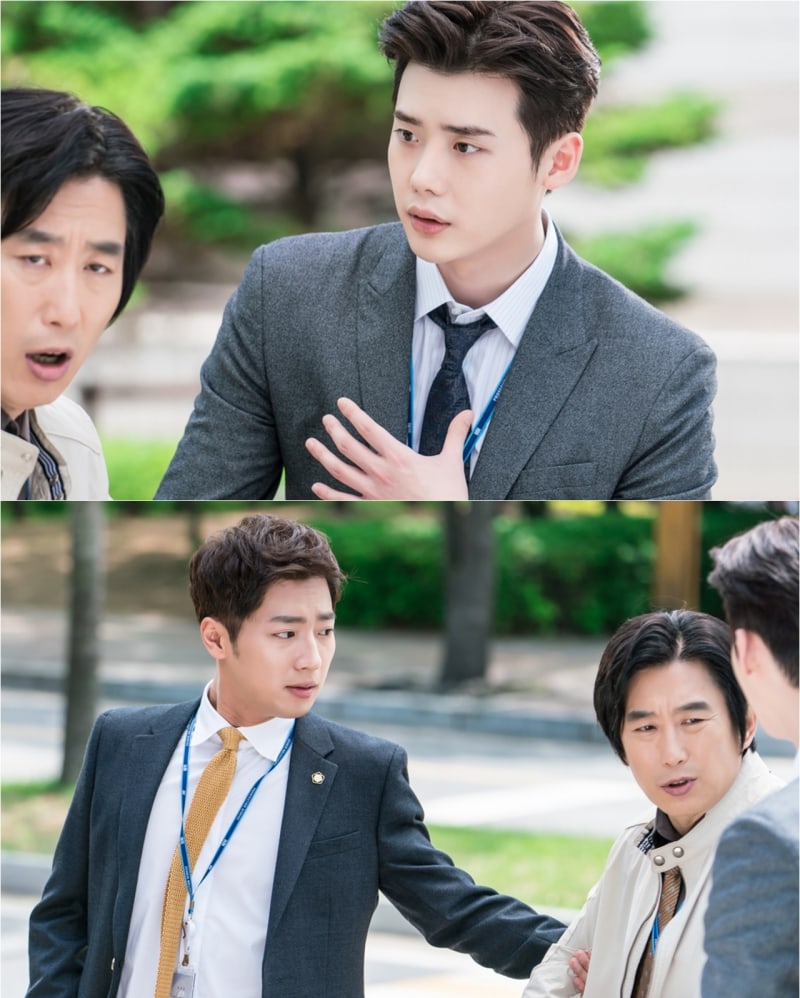 Jae Chan and Yoo Beom have not been on good terms since the beginning. In the past, Yoo Beom had falsely accused his student Jae Chan of his motorcycle accident. Later, Jae Chan dreamed that Hong Joo had killed herself after Yoo Beom framed her for causing the accident. He successfully prevented the accident from happening, but his ill-fated relationship with Yoo Beom has continued ever since.

Moreover, Yoo Beom and Jae Chan constantly clash as Yoo Beom lets his clients go free by exploiting loopholes in the law while Jae Chan attempts to stop this. Yoo Beom’s anger toward Jae Chan has surged especially after Jae Chan discharged Do Hak Young (Baek Sung Hyun), who was the only suspect in the murder of Yoo Soo Kyung.

The production staff of “While You Were Sleeping” shared, “The scene is relevant to Hak Young’s case where Jae Chan and Yoo Beom go against each other once again.” The resolving of Hak Young’s case, as well as Dam Dong’s choice, will be shown through the upcoming episode.

Lee Jong Suk
Kim Won Hae
Lee Sang Yeob
While You Were Sleeping
How does this article make you feel?