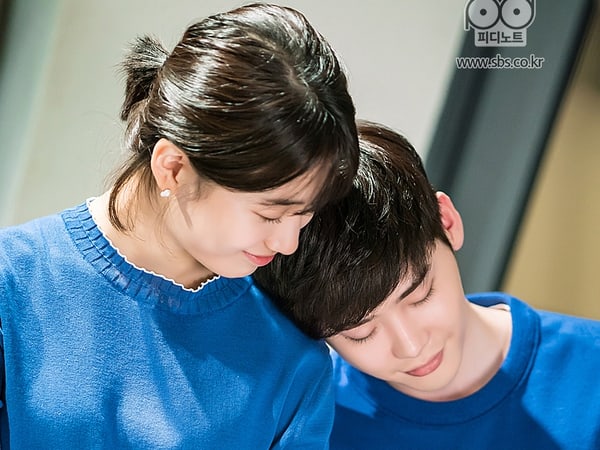 Suzy (Nam Hong Joo), Lee Jong Suk (Jung Jae Chan), and Jung Hae In (Han Woo Tak) are able to foresee the future through their dreams in the SBS drama “While You Were Sleeping.” Let’s take a look back at the seven critical times these three clairvoyants were able to change the future and what to expect in coming episodes. Please note there may be spoilers up ahead.

Dream: Hong Joo becomes a murderer because of Lee Sang Yeob (Lee Yoo Beom)’s car accident that killed Han Woo Tak. Because of Hong Joo’s coma, her mother works herself to death and is dead when Hong Joo wakes up from her coma. Due to guilt, Hong Joo commits suicide. 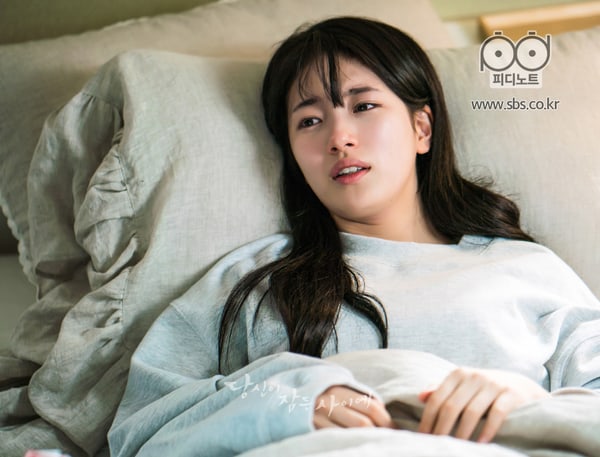 Change: Jae Chan saw this in his dream and changed the future by hitting Yoo Beom’s car so it doesn’t hit Woo Tak. Woo Tak doesn’t die, Hong Joo doesn’t become framed as a murderer, and her mom is alive as well. 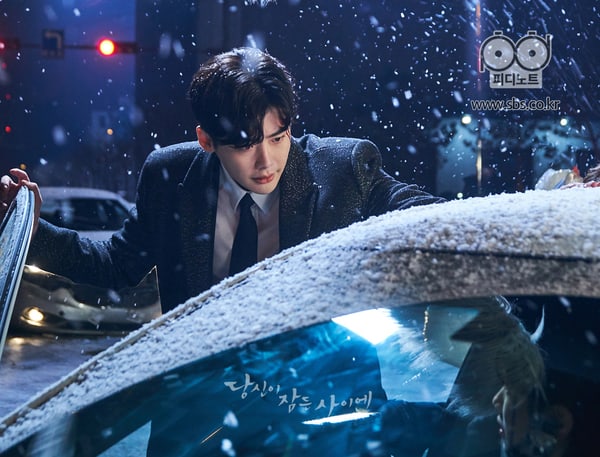 Jae Chan becomes the prosecutor-in-charge of a domestic violence case for Park So Yoon (Kim So Hyun)’s parents. Yoo Beom makes up evidence to prove his client’s innocence and Jae Chan accordingly files paperwork for the husband to be not indicted. Learning this, So Yoon decides to poison her father to protect her mother. 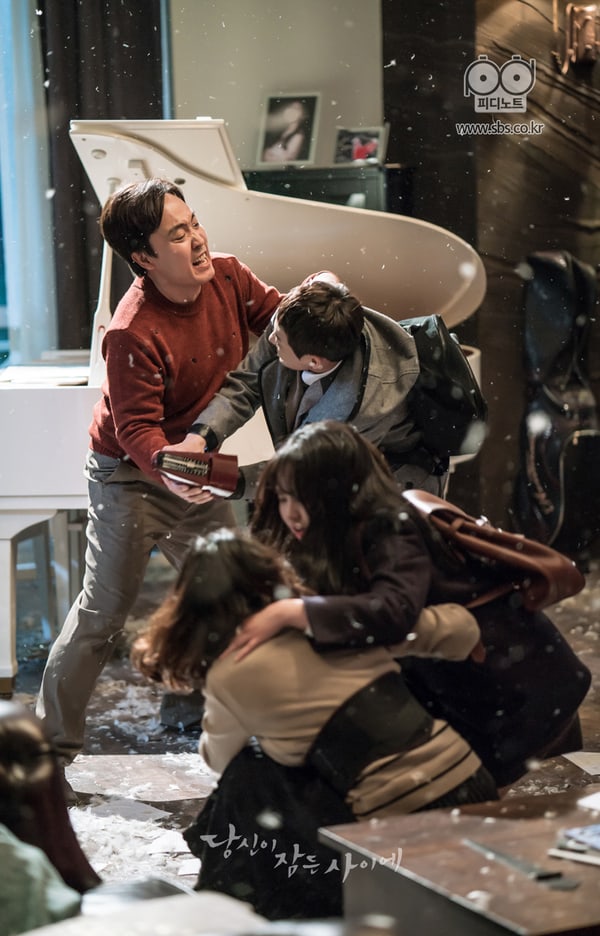 Dream: Jae Chan sees his brother Seung Won in the back of a police car because he was arrested for the murder of So Yoon’s dad, and Hong Joo blames him for not listening to her. Hong Joo has a similar dream that Seung Won kills someone and says that Jae Chan is the reason he became a murderer. 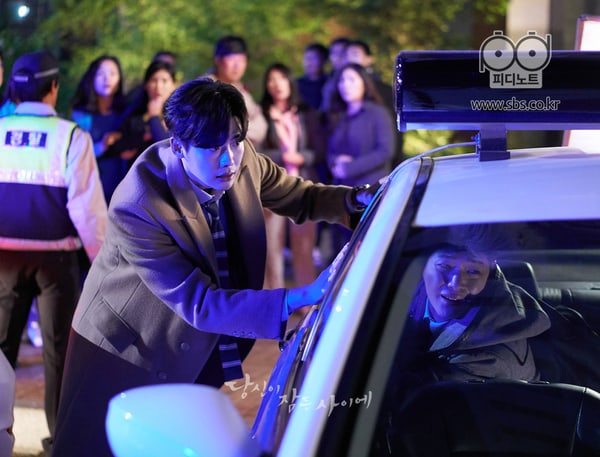 Change: Jae Chan and Hong Joo ran to So Yoon’s apartment. Hong Joo rang the building’s fire alarm which made everyone in the building, including So Yoon’s family and Seung Won, come downstairs to the lobby. Jae Chan takes Seung Won home, while Hong Joo takes So Yoon and her mother to her home for safety. 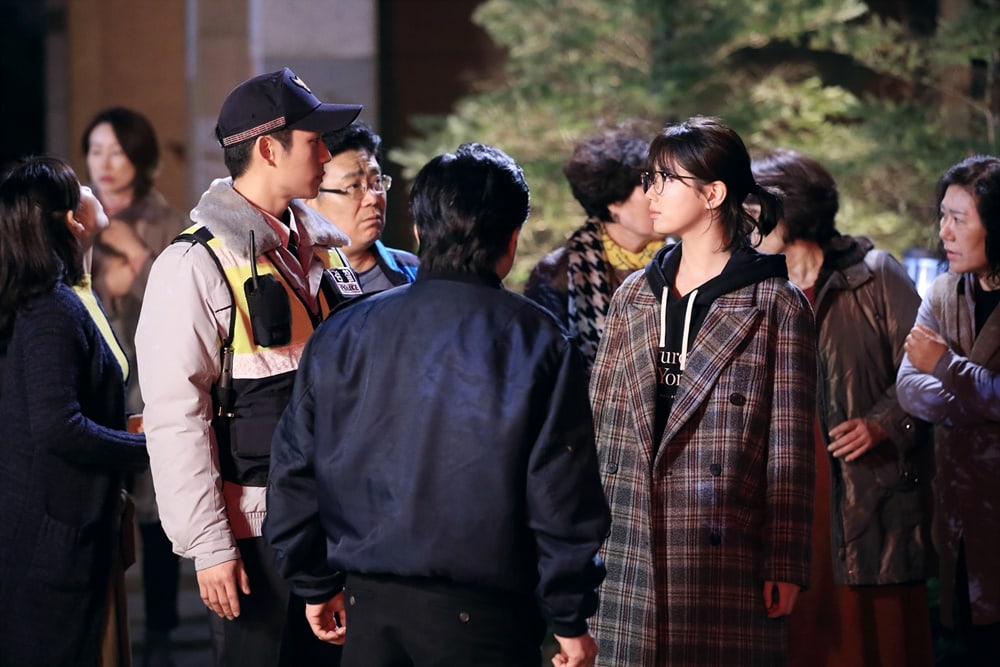 3. Hong Joo’s hand being injured by So Yoon

Dream: Woo Tak dreams he goes to Hong Joo’s pork belly restaurant with his partner. Then, Yu Beom shows up to talk to So Yoon and her mother. So Yoon gets angry and grabs a chopstick then strikes it down, accidentally stabbing Suzy’s hand. 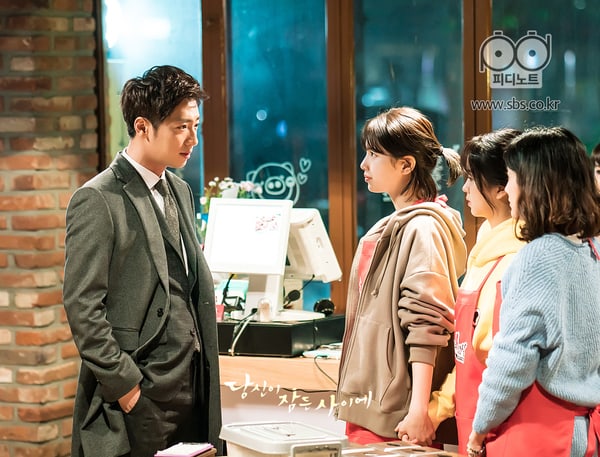 Change: Instead of taking his partner, Woo Tak takes Jae Chan to the pork belly restaurant. When Yu Beom threatens So Yoon and her mother, Jae Chan speaks up and stops the situation from escalating, preventing any stabbings or bleeding from happening in real life.

Dream: Hong Joo and Woo Tak dream the same incident but different conclusions. On the day of cross-examining So Yoon’s father, Hong Joo dreams that Jae Chan makes mistakes and fails at prosecuting him, while Woo Tak dreams that he successfully prosecutes him. The only difference in their dream was that in Hong Joo’s dream, Jae Chan did the investigating, while in Woo Tak’s dream, investigator Choi Dam Dong (Kim Won Hae) was in charge.

Change: After giving into Hong Joo ‘s persuasion to let Choi Dam Dong take over, they find So Yoon’s dad guilty and successfully prosecute him. 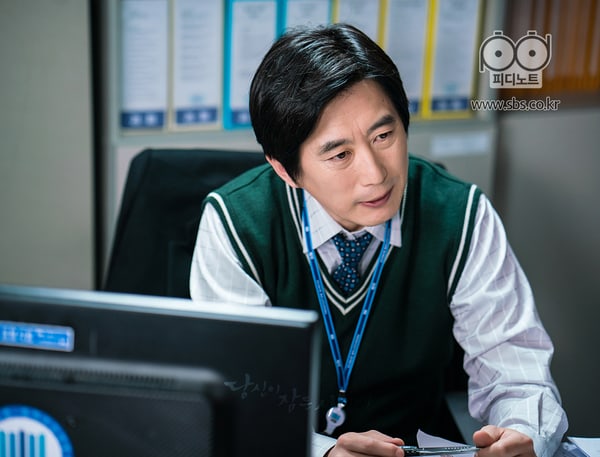 After his successful prosecution, he goes to Hong Joo’s pork belly restaurant for a celebration. However, he doesn’t see Hong Joo there and walks around to look for her. Hong Joo does the same and the two run into each other. Hong Joo sees Jae Chan struggling to take off his apron, so she reaches around and helps him untie the knot.

Dream: In Jae Chan’s dream, Hong Joo gets on her tiptoes, closes her eyes, and gets closer to him. He leans in and kisses her. 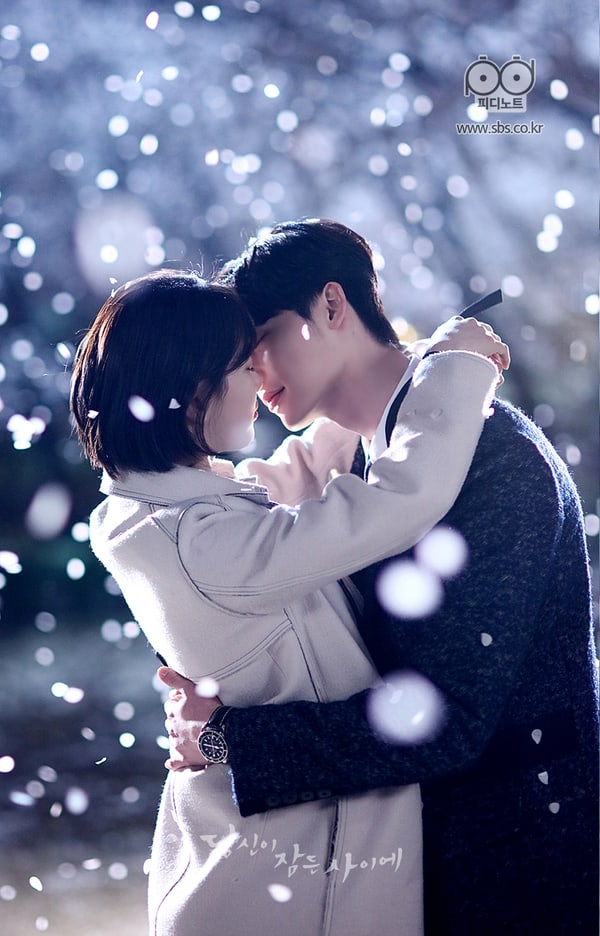 Change: Jae Chan also gets on his tiptoes and swerves the kiss. In the narration, Jae Chan says that he is scared of his feelings for Hong Joo and wants to run away before his feelings grow. 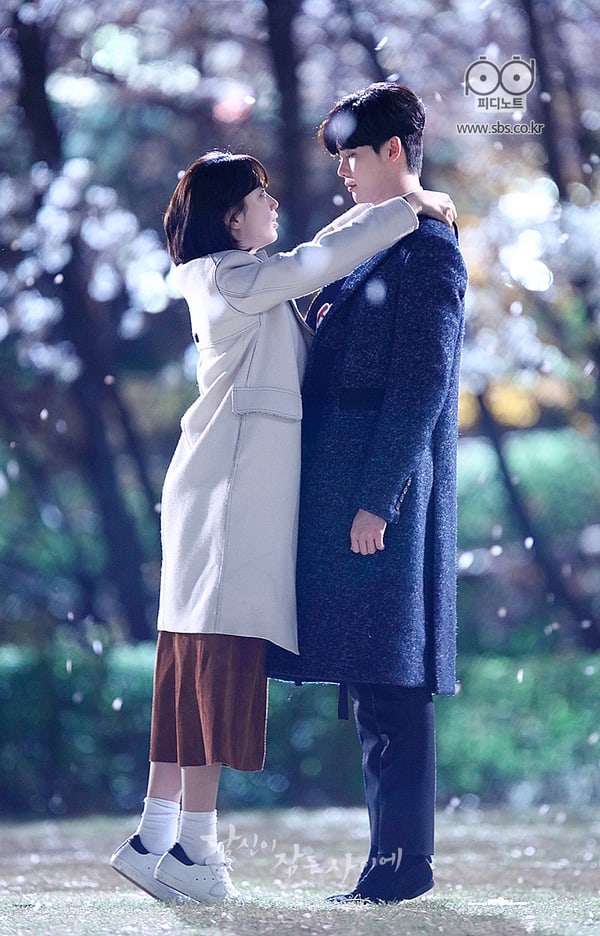 Hong Joo is overwhelmed with worry as her day to return to work gets closer, but her dream of her dying while reporting overshadows her passion. Jae Chan encourages her saying that they can also change that dream and she musters up the strength to return to work as a reporter. 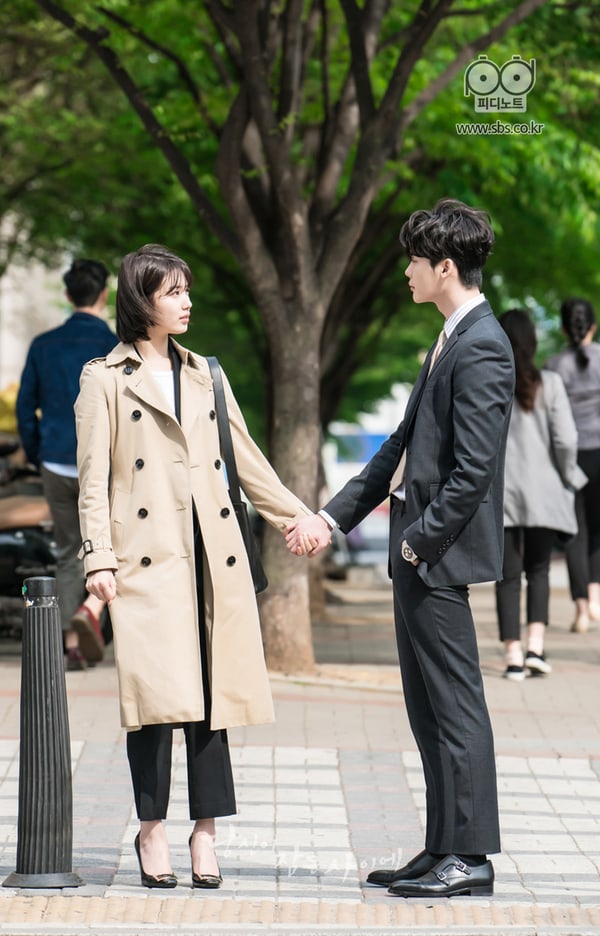 Dream: A male college student arranges a surprise event with candles, balloons, and spray confetti to confess his feelings to a girl. The spray confetti and candles create a fire and the girl gets badly burned.

Change: Hong Joo shows up ot the school campus and puts out the fire with a fire extinguisher. However, a group of angry male college students chases her around the campus. Jae Chan saw this in his dream and rescues her, along with Woo Tak who helps them get away.

Jae Chan prosecuted Kang Dae Hee for murdering his younger brother to cash in on his life insurance money. 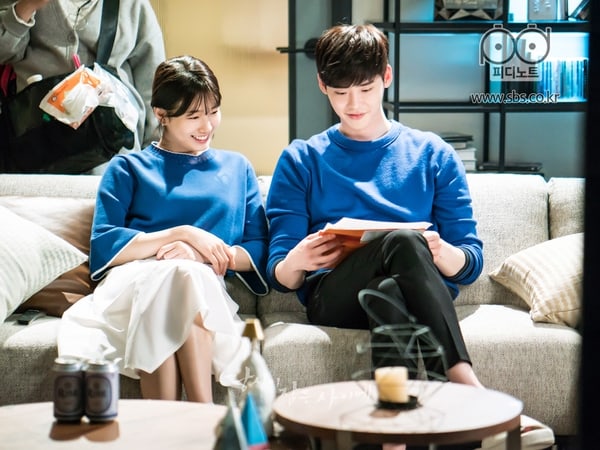 Change: Jae Chan tries to find evidence to find out the case of the younger brother’s death. He remembered seeing the bag of herbal medicine and an injection needle in the news segment from his dream and concludes that Dae Hee murdered his brother with potassium cyanide. He also saw Hong Joo getting threatened by Dae Hee in his dream and tells Hong Joo to tell him the time, date, and location so he can help her. Jae Chan arrests Dae Hee before he could attack Hong Joo and his younger sister.

Things to change in the future

In episodes seven and eight, viewers saw Do Hak Young (Baek Sung Hyun) being charged for the murder of archery gold medalist Yoo Soo Kyung (Cha Jung Won). It is up to Jae Chan to figure out how to prove Hak Young’s innocence.

Finally, in the eighth episode, Jae Chan buys a ring for Hong Joo and the two meet at a crosswalk. But right before crossing, Jae Chan gets stabbed by an unknown man. Can these unfortunate events be stopped? 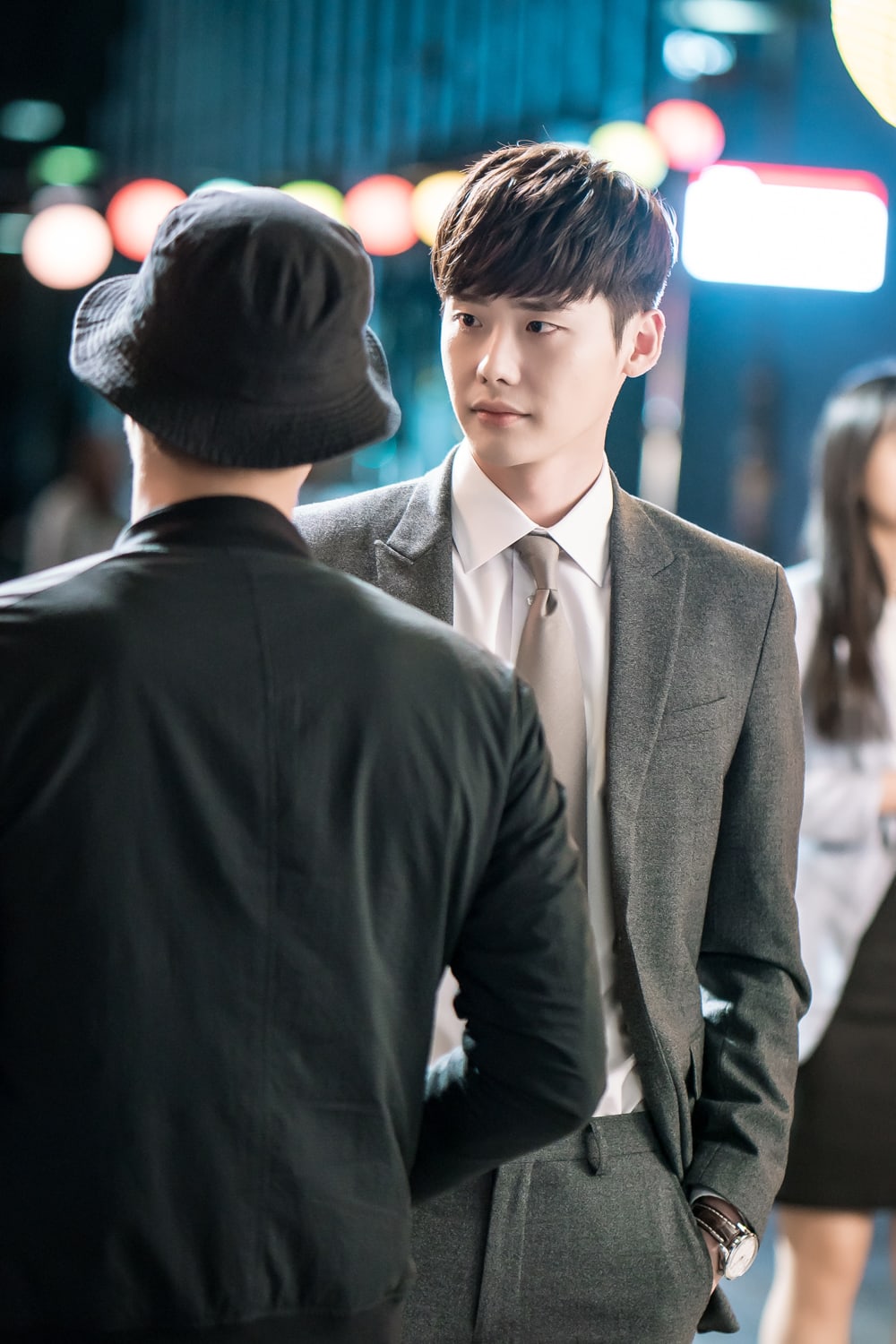 “While You Were Sleeping” airs on Wednesdays and Thursdays at 10 p.m. KST. Watch the first episode exclusively on Rakuten Viki now!

Lee Jong Suk
Suzy
Jung Hae In
Shin Jae Ha
Kim So Hyun
While You Were Sleeping
How does this article make you feel?