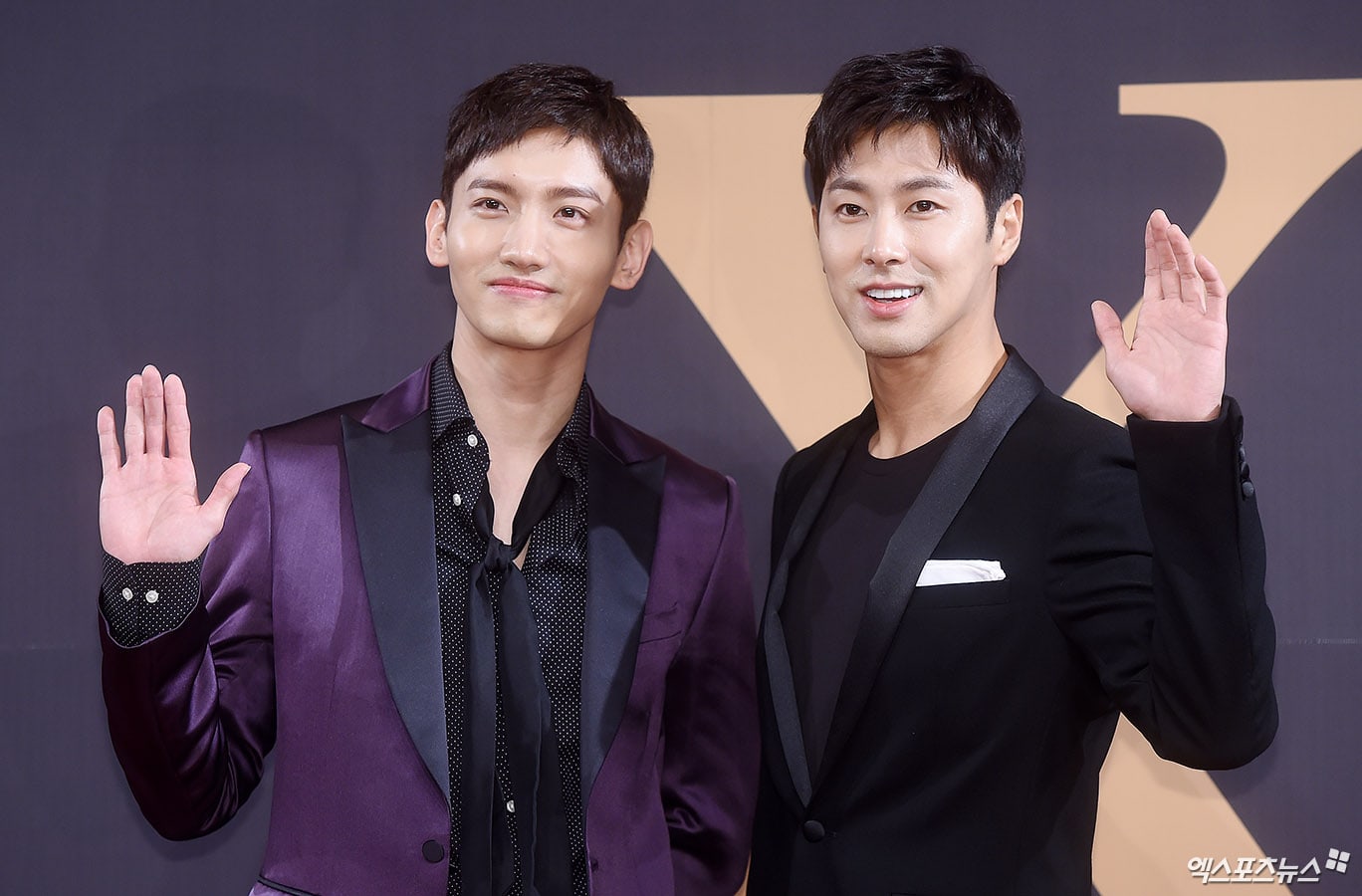 Fourteen years later, through military services and painful breakups, TVXQ is back and stronger than ever! For many older fans, TVXQ was one of their very first tastes of K-pop. And despite the changes that K-pop has undergone over the past decade, TVXQ remains a forever favorite. After all, once a fan, always a fan!

On stage, the duo is known for their fierce performances; off stage, they can get a bit… kooky. Check out our list of 8 times Yunho and Changmin made us LOL with their crazy team dynamic. (Tip: Anytime Yunho says or does something, look at Changmin.)

I feel so much second-hand embarrassment watching this.

3. …And HoMin+SuJu rises from the ashes:

4. Changmin’s not above being absolutely savage to Yunho…

But he is still and forever will be Yunho’s biggest fanboy. (Around 4:25 and forward)

In this clip, they played a game called “This characteristic I have,” where people fold whenever someone mentions a characteristic of theirs. When it was Yunho’s turn, he said, “Everyone who has a bigger face than me, fold.” The emoticon used in the title for this video looks exactly like Changmin.

7. Another display of Yunho’s passion:

8. This display of affection from Yunho for Changmin’s birthday…

And a lovely reenactment by Changmin, who has not forgotten six years later.

I cry every time.

Wanna see more of Yunho’s passion? Check out the latest trailer below for his new drama “Melo Holic”!

Hey Soompiers! Did you enjoy this compilation of everyone’s favorite yin and yang duo? Did we miss any hilarious moments? Let us know in the comments below!

TVXQ
Soompi Spotlight
Changmin
Yunho
How does this article make you feel?