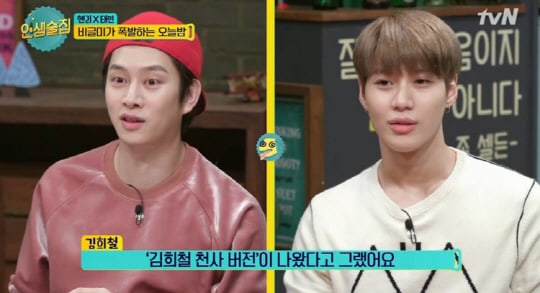 Taemin has shared what his SM Entertainment label mate Kim Heechul first said to him!

SHINee’s Taemin and Super Junior M’s Henry were guests on the October 26 episode of tvN’s “Life Bar.” Taemin was on the show as part of his promotions for his new album “Move,” and Henry said he came to support Taemin.

Super Junior’s Kim Heechul showed his surprise about the fact that Henry and Taemin were such good friends, saying, “I had no idea the two of them were close.”

Kim Heechul told the story of when Taemin first entered SM Entertainment. He shared, “Everyone pointed Taemin out to me and said he was the ‘angel version of Kim Heechul.'” Taemin agreed with him, saying, “I still remember that. Before I debuted, I heard that I resembled Kim Heechul many times.” 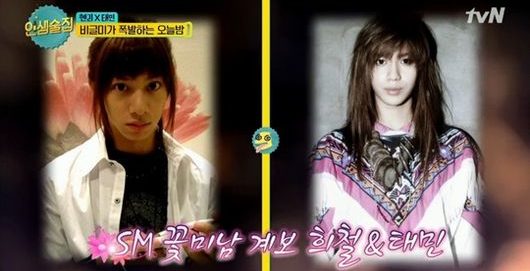 Taemin also revealed how nervous he was when he met Kim Heechul for the first time. Taemin said, “On that day, Heechul told me, ‘Don’t become like me.'” 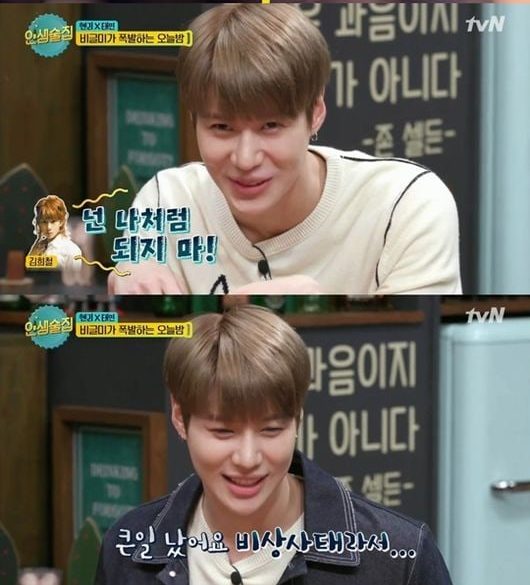 Check out the episode of “Life Bar” to see more of this trio from SM Entertainment.