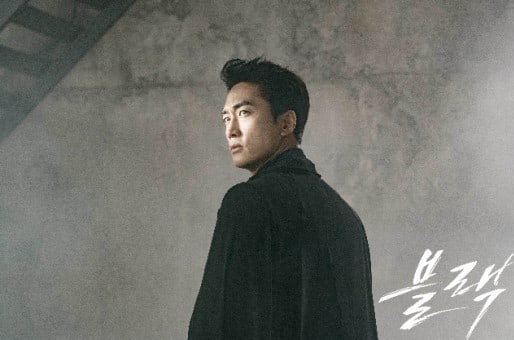 Song Seung Heon, currently starring in OCN drama “Black,” has been gaining attention for his chemistry with his co-stars. Playing the dual role of the grim reaper Black who takes over the body of innocent detective Han Moo Gang, he interacts hilariously and perfectly with Kang Ha Ram (played by Go Ara), a woman who can predict deaths, as well as with his fellow grim reapers. 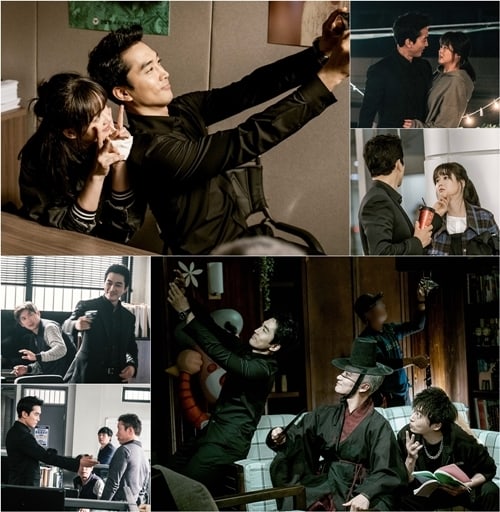 Ha Ram finds out that the string bracelet Moo Gang wears was made by her first love Jun, and is convinced that Moo Gang is Jun. However, as soon as she figures this out, the grim reaper Black possesses Moo Gang in order to find his partner Je Soo Dong (played by Park Doo Shik), who has also possessed a human. Black finds Ha Ram slightly annoying as she follows him around and adorably refers to her as “that human woman,” but during the last episode, he discovers her special ability. He decides to use her ability to find him, and tells her, “You have to become my eyes,” to which she readily agrees; thus begins the adorable story of the couple that sticks together like glue.

The youngest detective of the violent crimes unit, the once queasy-around-crime-scenes Moo Gang has changed! Just as Black states, Moo Gang’s “job is to see human corpses day in and day out,” and the detective is able to investigate key points of the crime scene without becoming nauseous, surprising his team members. The possessed detective and his squad members have a hilarious relationship, as Black also comes up with a variety of interesting names for them. He nicknames squad chief Bong Man Shik (played by Jung Suk Yong) “old short legs” and his senior Na Gwang Kyun (played by Kim Won Hae) “crazy dog.” The senior detectives in turn become furious every time they see Black, but they push down that anger, convincing themselves that he’s sick and still recovering from his accident.

Black, also known as Grim Reaper No. 444, also shows off great chemistry with the oldest grim reaper in history No. 007 (played by Jo Jae Yoon) and No. 416 (played by Lee Kyu Bok) who is crazy about hip hop. The trio are the closest and most reliable of friends, as the other two hide Moo Gang’s soul while Black borrows his body. Although reliable, they also quarrel with Black as they continuously visit his home and try to steal the remote.

Song Seung Heon
Black (K-Drama)
How does this article make you feel?