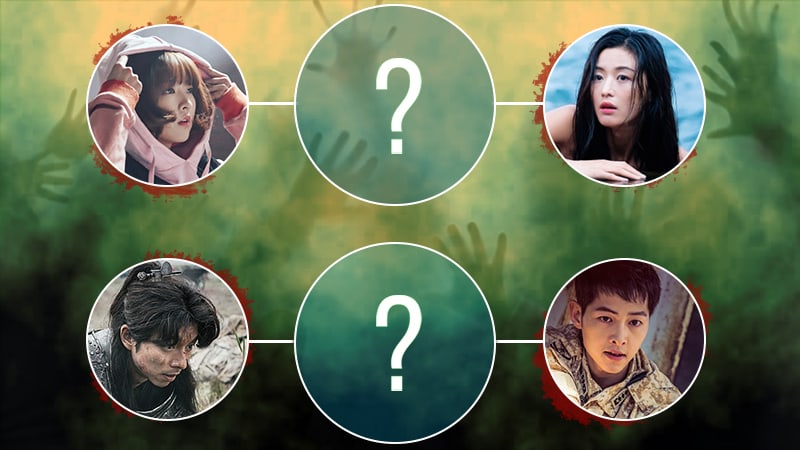 Which Of These K-Drama Characters Would You Summon To Help You During A Zombie Apocalypse?

Over the Halloween weekend, we asked you – Soompiers – who you’d call upon from the K-drama universe to save you in the case of a sudden zombie apocalypse.

See also: Which K-Drama Characters Could Help You Survive A Zombie Apocalypse?

From the get-go, there were some pretty popular answers.

DO BONGSOON THE STRONGEST GIRL EVER

This melodude he might take me to his planet ??? pic.twitter.com/q2XGTDA7qy

Anyone rich so we can live in his comfortable house forever ✌

Not to mention this cute non-drama related answer:

Taehyung is the most appropriate choice. He doesn't need to fight zombies, he just needs to be friends with them ㅋㅋㅋㅋㅋㅋ pic.twitter.com/JREz74xl5Z

Based on the poll, we’ve taken the top two male and female characters to go for another round! With only four characters to choose from, think carefully and take your pick! Who are you going to choose? Is it the goblin Kim Shin, Captain Yoo Shi Jin, the incredibly strong Do Bong Soon, or the mermaid Shim Cheong?

If you’re still on the fence about who to pick, read up on the characters and let us know in the poll below!

Strengths and abilities: Immortal (until he finds his bride), skilled swordsman, and a bajillion years worth of life experience.

Potential weakness: Might be too busy fooling around with his buddy, the Grim Reaper (who also can never die).

Drama: “Descendants of the Sun”

Strengths and abilities: Is a captain of special forces, has experiences of fighting in a war, and is a sweet guy, to boot.

Catch Yoo Shi Jin’s skills in “Descendants of the Sun”:

Potential weakness: Might accidentally hurt you too in the process…

Drama: “The Legend of the Blue Sea”

Strengths and abilities: Is a mermaid, can send a man flying into the air with one kick, can breathe underwater, and erase memories with one kiss.

Catch Shim Cheong’s powers in “The Legend of the Blue Sea”:

Soompiers, which K-drama character would you choose? VOTE in the poll and let us know your pick below!

Which K-drama character would you choose to help you survive a zombie apocalypse? ?‍♀️?‍♂️https://t.co/ea7Uj9DNdr